Dennis DeYoung at The Rose – Live Review and Photos

October 19th, 2017 – On Thursday night, Dennis DeYoung brought The Music of Styx to The Rose in Pasadena, one of the newest venues in So. California. The seventy year old DeYoung, who hails from Chicago, is a founding member of the band Styx.

Luckily for fans, DeYoung hasn’t parted ways with The Music of Styx. He has put together a fantastic band that performs songs from both his solo work and Styx. The band captures the mix of progressive, hard rock and power ballads with the flair of the theatrics that Styx fans were drawn to.

DeYoung has definitely not lost a step and still has an excess of energy. He is still undeniably one of the best showmen today. He built a great bond with the audience and also showed his great sense of humor. “Who is seeing me for the first time”, he asked. After applause he stated, “Where have you been for the last forty five years”, noting to us that he is now seventy years of age.

Starting with “The Grand Illusion” and ending with “Come Sail Away,” DeYoung and his band covered just about every Styx hit. He also played one song from his solo work “Desert Moon”.

August Zadra and Jimmy Leahey also gave us sensational lead vocals on several songs. (Most notably “Crystal Ball” by Zadra and “Miss America” by Leahey). August has a great set of pipes of his own and sounded fantastic on the Tommy Shaw penned Styx songs he sang.

DeYoung’s current band includes August Zadra on lead guitar as well as singing Tommy Shaw’s songs, Jimmy Leahey on guitars, Michael Morales on drums, Craig Carter on bass and John Blasucci on keyboards. During the introduction to “Babe”, DeYoung let the audience know that Styx’s biggest hit, wasn’t supposed to be a Styx song at all, but a present for a girl he met at a high school dance. DeYoung then introduced that girl, his wife of forty seven years Suzanne DeYoung, who is also in the band as a backup singer.

The highlight of the night came at the end as the crowd gathered in the front of the stage for two encores and it went from an evening of The Music of Styx to a Rock show and even DeYoung seemed to feed off that energy. 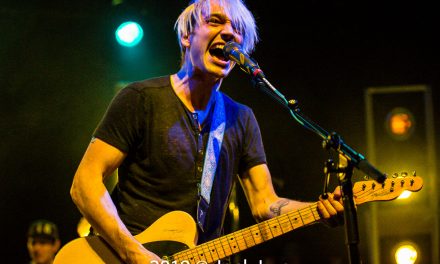 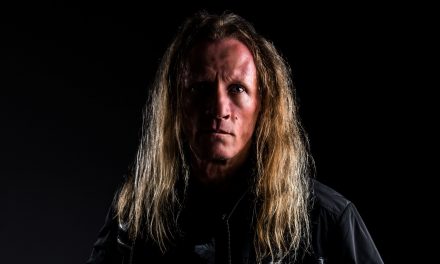 In The Realm of AOR Paradise with Tanna 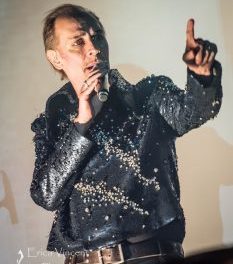 Peter Murphy at The Novo

Enslaved Enter The Studio to record their 14th Album