On The Road To Heavy Metal Victory with Black Knight 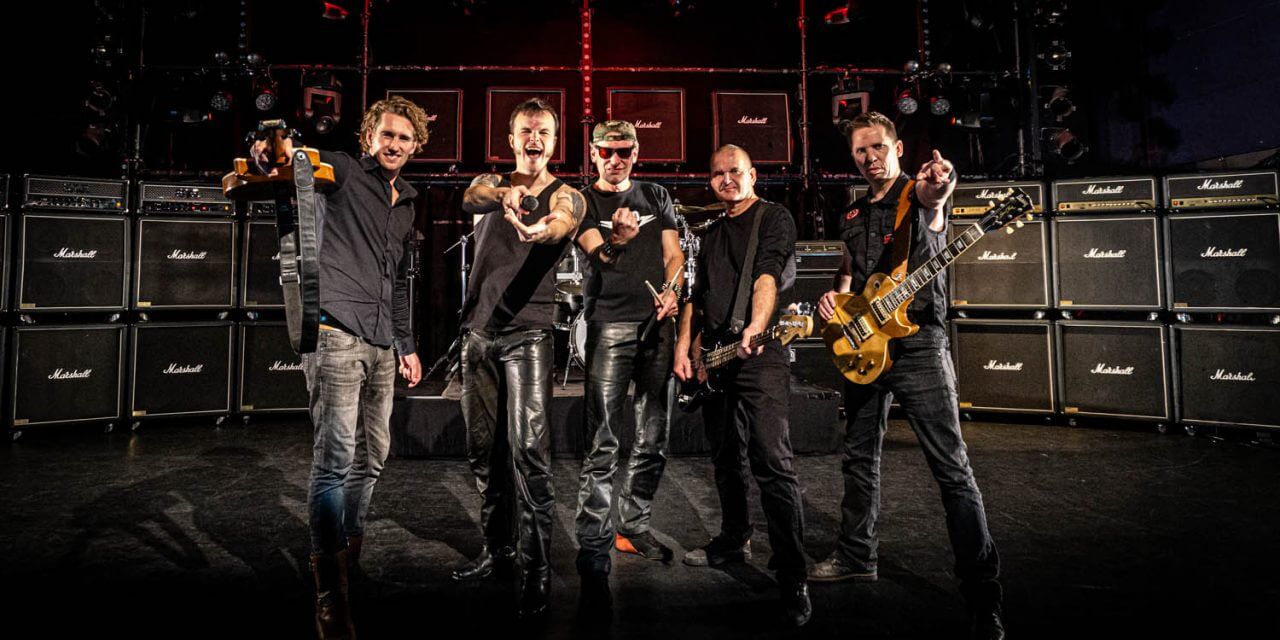 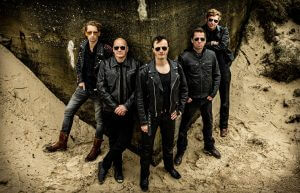 On The Road To Heavy Metal Victory with Black Knight

Black Knight has been a triumphant force upon the Dutch metal scene and beyond since their inception in 1981.  And now in the wild and tumultuous year of 2020, the band has unleashed their latest magnum opus Road To Victory worldwide via the mighty Pure Steel Records.  Now featuring the dynamic lead vocals of David Marcelis of Lord Volture infamy, the Black Knight rises on to unveil a captivating new decade of heavy metal glory.  Highwire Daze recently interviewed David Marcelis to find out more about his joining up with the Black Knight brigade, his plans for Lord Volture, traversing upon the Road To Victory, and other fist pumping topics of intrigue.  Read on…

Introduce yourself, tell me what you do in Black Knight, and how long the band has been together.
Hello Ken, many thanks for this chance to reach out to the readers of Highwire Daze Magazine. Black Knight was formed under the name ‘Capture’ in 1981, but soon took its current name in 1982. Although the group has seen periods of inactivity over the years as well as a large number of changes in personnel, the binding factor and main driver of the band has always been drummer and founding member Rudo Plooy. Bassist Ron Heikens has been with Black Knight from 2009 until 2014, and then again from 2016, at which time guitarist Ruben Raadschelders also entered into the fold. Our latest band member is guitarist Gertjan Vis, who produced and mixed the “Road To Victory” album and then became a full-time member of the band when our previous guitarist Machiel Kommer left the band in 2019. However, Gertjan has been a guitarist for Black Knight also from 1996-2000 and 2012-2014. My name is David Marcelis and I am the singer for Black Knight since 2017.

How did you become involved with Black Knight? And what is happening with Lord Volture these days?
The Netherlands is not a large country and for many years I have known some of the guys in Black Knight. On a number of occasions Lord Volture and my Judas Priest tribute band “Judas Rising” shared the stage with Black Knight, among them in the legendary Dynamo venue in Eindhoven city. Lord Volture has been very active in terms of album releases and European tours between 2010-2016. When Rudo Plooy asked me to join Black Knight in 2017 the invitation came exactly at the right time as I felt I needed to give Lord Volture some rest. I also wanted to broaden my musical experiences by writing and playing alongside other musicians and this worked out very nicely with Black Knight and with Thorium from Belgium. In no way does this mean the end for Lord Volture. As long as I live and breath Lord Volture will be there. I presently have a number of plans with Lord Volture that I hope to realize in the coming 5-10 years, starting with the release of a live album and the next studio album for which I am writing new songs.

Where is the band based out of and what is the local music scene like there?
Black Knight is based in the area of Amsterdam, although I live in the central-eastern part of the Netherlands myself. It takes me about one hour on the highway to reach the band’s rehearsal room south of Amsterdam. I’d say that music and culture is quite rich in our country. Also the metal scene is very much alive, albeit more oriented towards female fronted symphonic metal and death/extreme metal. The local scene in the city of Amsterdam itself is not very geared towards metal, but in the wider area of towns around the capital there is a lot of activity going on in terms of bands, concerts and small festivals. 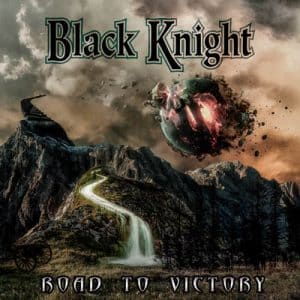 How did you wind up signing with Pure Steel Records?
I’ve known Andreas Lorenz from Pure Steel Records for a number of years and I have always been impressed by the label’s releases and publicity. When the “Road To Victory” album was mixed and mastered we sent a digital promo to a number of labels and Pure Steel Records was one of the first labels to respond with an interesting offer. We are very proud to have become a member of the Pure Steel family.

Is there any overall story or concept behind the Road To Victory title?
There is no overall concept connecting the songs on the album. Each song has its own theme. The opening song and title track “Road To Victory” takes the listener on a short trip through history from the Napoleonic Wars to the World Wars. The lesson learned is that the “Road To Victory” is achieved by working together and forming alliances to overcome a common enemy, tyrant or regime, such as the Seven Coalitions that opposed Napoleon Bonaparte, the Entente that fought the Central Powers in 1914-1918, and the Allied Powers that united against the Axis in 1939-1945. But on a smaller scale such alliances have been common throughout history. From a wider perspective you can also choose to interpret “Road To Victory” as the need to put aside your differences and work together with other people in order to secure peace and harmony for society. Take the current COVID-19 situation. In order to control the virus and for the sake of both healthcare and economy we need to show solidarity and work together on a united front.

Select two songs from Road To Victory and what inspired the lyrics.
As you may have guessed from my answer to the previous question I am fascinated by historical topics. Especially history of warfare. It should come as no surprise that many of my lyrics are therefore history and war related, such as “Pendragon” about the heroic leadership of a Romano-British warlord named Arthur in the fight against the Saxon invaders, “My Beautiful Daughters” about the love for his trade of an artillery officer by the name of Napoleon Bonaparte, and “Crossing The Rubicon” about Julius Caesar and the inevitability of the Roman Civil War. The lyric for “Thousand Faces”, on the other hand, is based on the action/thriller movie ‘Darkman’ from 1990 starring Liam Neeson. In that sense there is a lot of variety on the album. The lyrics for “Primal Power” and “Legend” were written by my predecessor Pieter Bas Borger, whereas “The One To Blame” dates back to the mid-1980s era of the band.

Who did the cover art for Road To Victory and how much influence did you have on it?
The artwork was created by Mai Visualart and supervised by our guitarist Ruben Raadschelders. We tried to combine aspects from each of the lyrics into a fictional landscape, and I daresay it worked out very well. Mai did a terrific job.

How has the Covid-19 pandemic affected the band and the release of your new album?
Coming back on the COVID-19 situation, the effect on Black Knight could have been far worse. None of the band members have fallen ill due to the virus and besides a small number of club shows and festivals that have been postponed to 2021 we did not have to cancel any tours. Due to the uncertainties that the pandemic has brought the “Road To Victory” album arrives a little bit later than anticipated. We had hoped to release the album in March of April of 2020. Now the album is coming on 26th June 2020 via Pure Steel Records, so the delay is only minor and has no serious side effects for us. 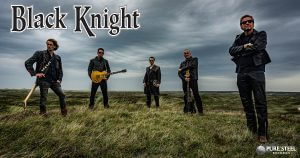 When you look back on your first two albums Tales From The Darkside and The Beast Inside, what do you think of them now?
“Tales From The Darkside” from 1999 is a classic heavy metal record. Sound wise and composition wise you’d expect the album to be at least 10 years older. Many of the songs on that album originate from the 1980s and have been honed to perfection for 10-15 years before they were first recorded on a full-length album. Even better is the remaster by Pieter Bas Borger for the 2019 release of the album on vinyl via Metal Warrior Records. We include many songs from the ‘Tales’ album in our live set and they’re just great to play.

“The Beast Inside” from 2007 is, in my opinion, a slightly different matter. The band had taken a very different direction at that time and the album deviates in some ways from the early and the current Black Knight. However, we still play a few songs from that album in our live set and in the current line-up they sound great.

What could one expect from a live Black Knight show?
Talking about our live performances I believe two aspects are key. Black Knight is as genuine as it gets. What you see is what you get. We have no backing tracks and no samples. We are just there to rock out your balls and share our love for music. Secondly, we are there to have fun. Black Knight will always arrive early at a venue and be one of the last bands to leave. We particularly enjoy mixing with the other bands and fans to have a chat or have a drink or two. After all, you live only once!

What are you looking forward to the most about your upcoming show with the legendary Jag Panzer in September?
Most importantly, just to play live music again in front of a crowd. The corona lockdown and following concert cancellations have left us aching to hit the stage again. In the Netherlands, events up to 30 people are allowed again from 1st June and this goes up to 100 people from 1st July. I really hope that our show alongside Jag Panzer on 20th September can take place. It not only depends on the regulations in the Netherlands but obviously also on the regulations for travel in the USA. I’m a huge Jag Panzer fan myself and Harry Conklin is one of the very best vocalists out there, so fingers crossed!

If Black Knight could open for any band either now or from the past, who would it be and why?
Judas Priest, because they are simply the best band that ever was or ever will be.

Has Black Knight ever toured here in the States or plan to do so in future days?
Right before the COVID-19 outbreak we were actually in contact with some promotors in the USA, but for obvious reasons this has been put on a hold. The band has not toured in the USA yet but I am sure we will get a chance in the near future.

What’s up next for Black Knight?
Running up to the “Road To Victory” album release on 26th June by Pure Steel Records we have a single coming out on 5th June. We released the official music video for the title track “Road To Victory” a few days ago and there will be more video content related to the album, including a lyric video and a live ‘lockdown’ concert. Then we have several concerts after the summer and in 2021, including the M.I.S.E. Open Air in Germany alongside headliners such as Destruction, Grave Digger, Vader, Artillery, and so on. In the meanwhile the first songs are being written for the next Black Knight album. This time, we promise you, it won’t be another 13 years between two albums!

Any final words of wisdom?
Stay healthy, and keep the Metal Faith!

Ultimate Jam Night #168 at The Whisky 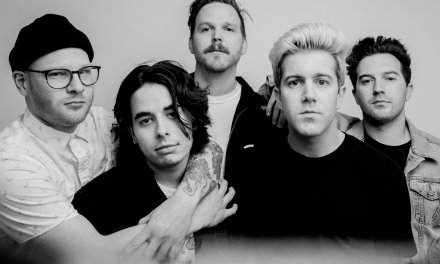 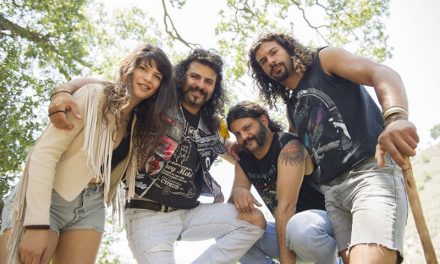