Into The Melodic Glam Metal Stratosphere with Osukaru 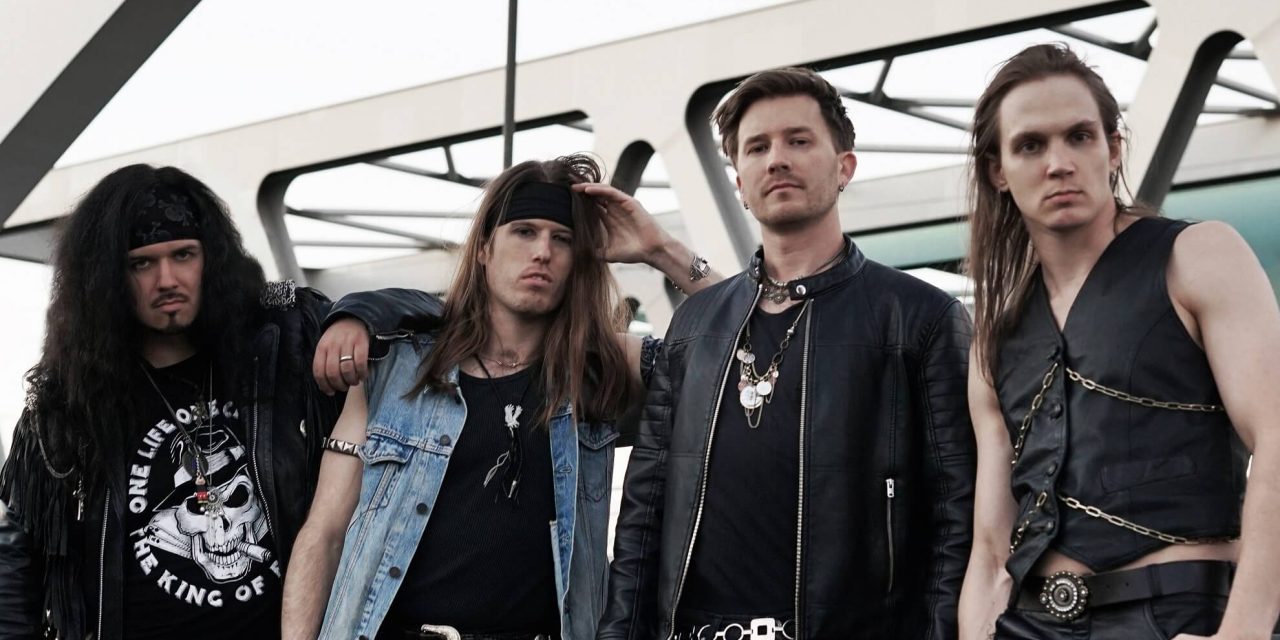 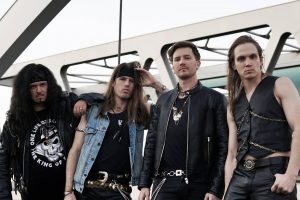 Into The Melodic Glam Metal Stratosphere with Osukaru

Osukaru is a melodic glam metal collective from Sweden who are primed and ready to launch their sonic adventures above and beyond their Gothenburg home base.  Starbound is the name of their latest endeavor, now available planet wide via AOR Heaven.  Featuring the participation of core members Oz Hawe Petersson on guitar and keyboard and Fredrik Werner on lead vocals and guitar, Osukaru is sure to become your very own transport to pure auditory bliss.  Highwire Daze recently caught up with Oz and Fredrik to find out a whole lot more about the grand and glorious world of Osukaru!  Read on…

Introduce yourselves, tell me what you do in Osukaru, and how long the band has been together.
Oz: Hey Ken, thank you for having us! My name is Oz and I am the founder, songwriter and guitar player in the band. Osukaru was founded back in January 2010 but more with the mentality of a solo or studio thing. It wasn’t until the addition of Fredrik Werner and another couple of releases before Osukaru slowly started to become what it is today.

Fredrik: Yes, we’ve went through a couple of line-up changes since then and we really found our way as a four piece on our previous album ”House of Mirrors”. Musically, Oz and I hit it off instantly back in 2012 after a show we did with separate bands at the time. We have a very similar taste in music ranging from past to present and soft to heavy. In Osukaru I handle vocals, co-songwriting and lead guitars.

Where is the band based out of and what is your music scene like there?
Oz: We live in Gothenburg, located on the west coast of Sweden. It has a quite rich music scene actually as we have some of Sweden’s biggest indie rock bands, with an even bigger metal scene. Lots of melodic death metal bands over here created what is now called the “Gothenburg sound.” In Flames and Dark Tranquility are just two of them. It’s also known as the home of bands like Evergrey, Hammerfall, Alien and Hardcore Superstar just to name a few.

Fredrik: Sweden and Scandinavia overall is like a factory for the type of music we play nowadays. New bands with high quality seem to be popping up just everywhere around. On the other hand, it’s definitely an underground culture and it doesn’t get a lot of attention from the mainstream media. Time for a change? I think so.

How did you wind up signing with AOR Heaven?
Oz: After the release of our last album “House of Mirrors” in 2018, Georg at AOR Heaven sent me a message telling me that they would be interested in working with us for our next one. So, when it was time to plan the release of “Starbound” I sent him a couple of rough mixes and we had a deal set within a day or two.

Fredrik: We’re in good hands for this release! 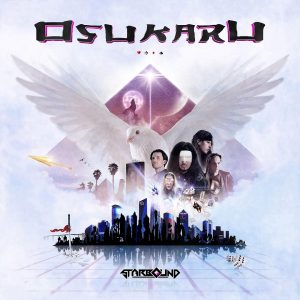 Is there any overall story or concept behind the album title Starbound?
Oz: Yes and no. One could say that it is an autobiographical album in a sense, as both the title itself and the title track mirror our current mindset as a band. Songs like “Rise of the Underdog” and “Go For the Legends” tell stories of people lifting their spirits towards the sun, leaving their troubled past behind. We see ourselves as part of that, as do many other people and these songs are for them. We are all in this together and therefore we rise together. So, if we can do it, they can do it… and if they can do it, so can we.

Fredrik: I agree with Oz. Even though it wasn’t something we originally planned, the songs kind of took on this form and got that positive vibe going throughout. Overall, I would say it’s a joyful album with a fighting spirit.

Select two songs from Starbound and what inspired the lyrics.
Oz: I would pick “Somewhere Sometime Somehow” and “Joker (In the House of Cards)“. The first one is about dreams that might seem too big and too unrealistic, yet possible for those who believe in them hard enough. The lyrics are about many things, but for me it’s about how I met my wife. We were literally worlds apart with me being here in Sweden and her being in Canada. Today we live together with the entire world as our playground.

Joker however is an interesting track. It’s raw and dirty rock & roll with a “who done it” approach to the lyrics. A mystery if you will. It also has a multitude of layers both in the lyrics as in the music and every time you listen you will find something new.

Fredrik: When working on new stuff, the usual go-about is Oz coming to me with the concept of a song and an inspiring title to go with it. Then it’s up to me to interpret the feel of the song and put the pieces together. I try to stay away from cliches as much as I possibly can because I feel the lyrics, provided the right context, are so important.

A personal pick from the album would be “Tainted Heart” which has a dark theme of greed and regret. It contains one of my favorite lines – ”Love is a bomb, it can detonate and take casualties.”

We often change things up a bit throughout the songs by having slight alterations in the choruses as we head for the finish line. Take ”Rise of the Underdog” for an example. Here we change up the lyrics for every chorus, while still keeping the integrity in the backing vocals. And speaking of which, the backing vocals also carry loads of messages throughout the record. Listen closely.

Who produced Starbound and what was it like working with them?
Oz: Fredrik and I produced the album, with Svein Jensen helming the mix. This is our second album with him and even though we butt heads at times, he truly is the wiz behind our sound. I wouldn’t have it any other way going forward.

Fredrik: I agree, Svein is a huge part of our sound. He does old school analog mixing, re-amping our instruments and running it through tape to give it that extra warmth.

Who did the cover art for as Starbound and how much input did you have on it?
Oz: I do all the cover art for Osukaru so I’d say that we have full say. My inspiration lies with bands who’s cover art tells as many stories as their songs. I look up to acts like Iron Maiden, Megadeth, Ghost, Helloween and Kiss who all have world building artwork and characters that makes them larger than life. I believe that if you want to make your album a true experience, you need to make the music and the graphics merge into one big package.

Fredrik: Oz has the huge vision and we kind of steer it in an achievable direction, haha. It goes past the imagery of the cover art and altogether builds up to the world of Osukaru.

What was it like writing and recording new music in the middle of a pandemic?
Oz: For once, no stress. We started the writing back in late 2019 and we recorded the drums in April 2020. From there up to, I’d say February or March of this year, we recorded everything both as a group and each on their own. Sweden never went into a full lockdown like so many other countries, so it was actually quite easy to hook up and record together. Sometimes two at a time, sometimes more.

Fredrik: Yes, we actually had time to let the songs really sink in before we went into final production. And after that we had even more time for extra details. We’ve learned a lot from experimenting and found new ways of working together. Most of all we all had a really good time writing and recording “Starbound“, and I believe you do hear it!

Fredrik: We had such a great time together. Hard to pick a favorite moment. It wasn’t the last time we hit the road together, that’s for sure!

What are you looking forward to the most about your show next year with Michael Borrman’s Jaded Hard and Edge Of Forever?
Oz: Can I say everything? Not only are we getting back out there doing what we love, meeting our friends across Europe but what a bill! It’s a rock & roll package for the ages and can you believe we’re a part of it? Mind blown!

Fredrik: The urge to come out and do shows again is real! I’ve been starving not doing this for two years and I can safely say we’re going to bring it up a notch!

When you look back on the first Osukaru album Salvation released in 2012 (10 years ago), what do you think of it now in retrospect?
Oz: It started this whole circus. Yes, it was a completely different band recording the damn thing, but I am enormously proud of it. Fact is, like you said, next year it’s 10 years since it was released and I think a celebration of sorts is at hand, wouldn’t you say, Fredrik?

Fredrik: Definitely! Many songs from “Salvation” have been with us for almost every show we’ve done. They are part of our DNA.

Are you involved with any other bands or projects outside of Osukaru?
Oz: I am tirelessly trying to get a solo album done under the name Rendezvous. I started to work on it back in 2009, can you believe it? It’s been shelved a few times during the years due to various reasons but I believe that we’re close to get it done now, finally. I am also part of a brand-new rock band in Barcelona (Spain) called Six together with a wonderful singer named Sara Verge. An album is underway and scheduled for release in 2022.

Fredrik: Yes, since 2017 I’ve been handling the vocal duties for the heavy metal band Air Raid. Besides this I have some songs in my own personal style, slowly growing in the background. One of these days I might put something out. Let’s see what the future holds!

What do you hope 2022 brings for you and for Osukaru?
Oz: A healing world in which we can see everyone again, like we used to do. We cannot wait to get out there and play some good ol’ tunes as if we didn’t stop in the first place.

Fredrik: First of all just getting out there and meeting all our friends we haven’t seen in a couple of years now. I’m also super inspired to continue our writing. Feels like we just got started.

Any final words of wisdom?
Oz: Eat your donuts glazing down. You’ll thank me later.

Fredrik: Haha. I would say; believe in your dreams, stick to your gut and don’t take no for an answer!

Thank you for taking the time to answer these questions!
Oz: Thank you so much for having us! A pleasure!

Fredrik: Thanks Ken! Hopefully we’ll find our way over the pond soon enough. 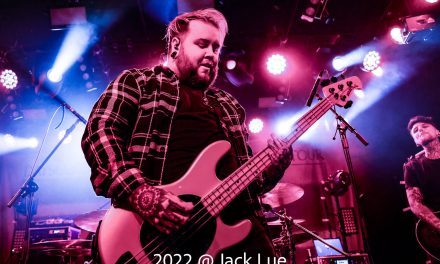 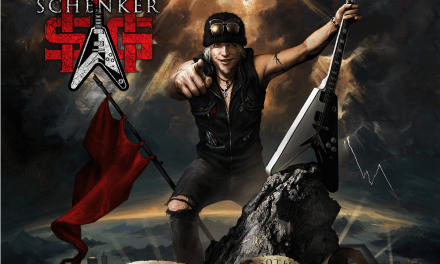 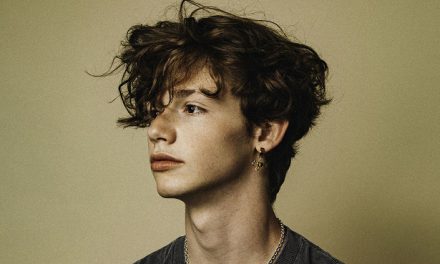