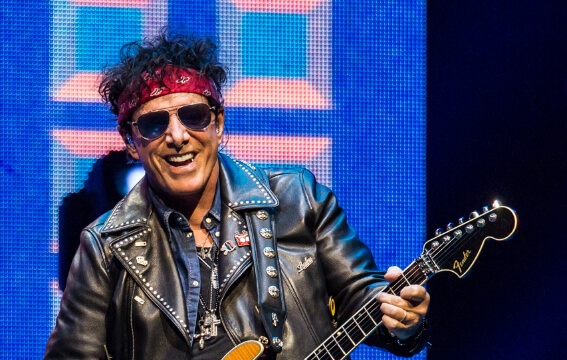 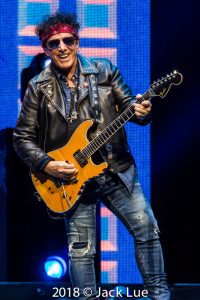 Neal Schon of the classic rock band Journey is one of the most iconic, imaginative musicians on the planet. Fans who attended Journey’s co-headlining adventure with Def Leppard were treated to Neal Schon’s thrilling guitar interludes, rendering a night of hits an absolutely extraordinary occasion. Highwire Daze recently caught up with the legendary guitarist to discuss a vibrant career in music, the upcoming Journey Through Time tour, a review of the new Steve Perry album, a title reveal of Neal Schon’s next solo endeavor, and a whole lot more! Read on…

What goes through your mind when a massive tour such as the one you’ve just completed with Def Leppard comes to an end?
First of all, you can’t quite believe that you’re done, because you’re so used to doing your thing every day – travelling, getting to where you’re going, day off – and then getting onstage and playing. Your adrenaline has kicked in. All the juices are flowing between yourself and the band and the audience. It’s hard for me to wind down a little bit. Honestly, it takes me a couple weeks to realize that I’m home.

Tell me about the upcoming Journey Through Time, and what could we expect from that tour?
You know what; I haven’t really gotten into it yet. We’re just mapping things out right now, but we’re definitely going to be playing dates next year. We’re really going to play anything that’s in our repertoire – anything that Journey has recorded. I plan on mixing it up a lot and not playing the same set. Stuff from our first three records – we’re going to update that a little bit – and have some fun jamming man. I’m going to get in front of some different audiences. The players are great – Gregg Rolie is going to be there – Deen Castronovo on drums and singing – and Marco Mendoza. I’m checking out somebody new right now that plays keyboards and guitar – sort of a multi-purpose guy –and he sings good too. And so far., so good.

Deen and Johnny Gioeli recently did an album together. Have you kept in touch with either of them over the years? And what do you think of your work in Hardline in retrospect?
You know what – I’ve spoken with Johnny a couple of times. Deen I talk to all the time, because he’s been like a little brother to me. Throughout all of the process of the work he’s been doing to himself, I’ve kept in close contact – and I’m happy to say that he’s doing really, really well. He sounds amazing and he’s singing amazing! I really haven’t looked at Hardline in a long time. I loved it when I did it – but I took the project on as a producer and co-songwriter. I didn’t really intend to be in the band. When we got out and started playing some dates, I just felt it was great stuff – but maybe I felt I had surpassed that a long time ago musically. My head was just in a different place. I was sort of weaned on a lot of fusion and blues and jazz – stuff that was a little more challenging to play. But I like it. It’s great. We made a great record – I thought the record sounded phenomenal! It’s one of the first records I produced, with Tony Phillips engineering. And it sounds really good when you crank it! That’s what I remember! We mixed it so that when you turn up the system and you get it blasting, it sounds really freakin’ good! 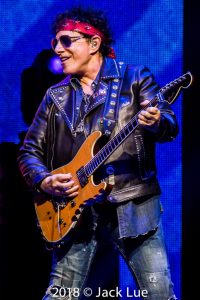 What were the emotions going through your mind when Journey was inducted into the Rock And Roll Hall Of Fame – included seeing Steve Perry again?
It was an emotional night for myself – and for Perry too. We both had speeches worked out that were in the Teleprompter, and it kind of threw me off. I saw him before we went onstage when we were waiting all day at the venue to get inducted. My wife pushed me to go down to his room. I hadn’t seen him in a long time, and I was like “I’m not going down there – he’s not going to answer – he’s not going to talk to me – I don’t want to stand outside the door and get turned away in front of a bunch of people.” I finally went in – and actually she was right – it was amazing! I could tell that there was a lot of love in the room – and laughter. I was really moved by it, and I know he was. Cuz when we got on stage – we walked out there with his arm around me and my arm around him, and both our side arms up. That was before I spoke or before anyone spoke. I was the first one to speak, and it threw me off – the emotions had taken over. I was really happy to see him though. And I was really glad too that the older members – Gregg Rolie and Aynsley Dunbar were there too.

Have you heard Steve Perry’s new album – and if so, what do you think of it?
I have heard it! When it first came out, I heard the first track, and I was like “Wow, I think it sounds really good!” I think he sounds good. His voice sounds really rich. Of course it doesn’t sound like he’s really up there high anymore, but it really doesn’t even matter. He’s got such an identifiable sound to his voice. I just thought it sounded very good. I finally got a chance to download it and listen to the whole thing a couple of days ago. And I gotta tell you, it moved me! There’s some really spacious cool stuff on there. And I could tell what the record is about for him. It’s about him coming back through the door – from seclusion and everything that he’s been talking about. You can feel the hurt in it. I think it’s a good album for what he’s doing and where his head was at. Music is like an international healer. Music is therapy for so many people – definitely for myself. I definitely feel that that record was huge therapy for himself. And I like it!

In retrospect, what do you think of the Revelation and Eclipse albums – and would you ever want to include any of those songs in the Journey set?
I was the one that really pushed to be forward – even with the Revelation record – when management brought the idea to me after I found Arnel – all they wanted was a redo of our greatest hits. That was it. And I really was not interested in doing that. I’m like “that’s really kind of sacrilegious.” It was really done so well, and Steve obviously sang his ass off and they sound so amazing. How are you really going to top that and what’s the purpose of it? I started thinking about it, and very quickly – I’m like one of those guys that doesn’t sleep a lot and I have too many ideas. I first started out, and I was like “What if we add like a little EP – if we do the Greatest Hits on CD.” And I got that past, and they were like maybe we could do one or two new songs. I really pushed for it, and I said “Now I really want to do a whole record. Why don’t we just do a whole new CD with Arnel?” We wrote it on the spot. Jon and I only had two songs written that Arnel auditioned on. And so I would bring in stuff every day and Jon would take it home. I’d hum melodies into a microphone in the studio over the demo, and Jon would write lyrics and come back the next day and Arnel would sing it and focus like that. We did that on the spot. Journey’s always been good like that too – to move like right on the spot.

I think Revelation was a great record. And I loved Eclipse too. I mean, for whatever reason, Eclipse didn’t get out there – a lot of people blame me for pushing it into a harder place in a guitar driven way. But where I was coming from, I was like “Man what are we going to do? Are we going to keep on repeating ourselves on every fucking record?” I mean, we have so many great ballads that we don’t even play in our show that are well known, because we have to play the ones that everybody wants to hear – The Greatest Hits! I don’t get the purpose of making new music with this band if we’re not going to go and shift into some new areas. My idea was let’s put some really ballsy stuff into our set. Even if it doesn’t get played – at that time there was very little radio anyway. I don’t get the whole concept of “Oh I gotta have a hit!” We have tons of hits – we don’t need any more hits! That’s where my head was at. And so why think like that – which is a very narrow minded little scope musically to just think “Hit! Hit! Hit!” When actually, we have a lot of young people in our audience now, and they’re just getting turned on to everything – I can tell. The 70’s are back in a big way for the younger audience. They want to see and experience something that was close to what was going on when I was growing up in that era – with real people playing – not just like fusion in a jazz club – but rock bands who actually dig in. One of the reasons I’m going out to do this Neal Schon Journey Through Time is because there’s so much great material there that we never play. And I want to revive it. But I think they do need to see signs of moving forward.

Do you have any messages for Neal Schon and Journey fans?
I’m very excited to embark on this tour next year with Journey Through Time. Also I have a record coming out. I’d like to get it out before the end of the year when I launch with Strax Technologies Online. It’s a beautiful record and I think that people would really like to hear around Christmastime. The album is called The Universe.

Zebra at The Whisky – Live Photos 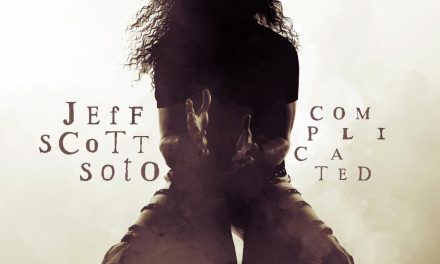 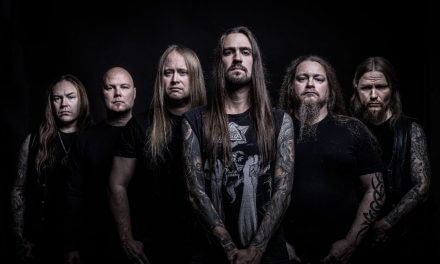 …and Oceans: Cosmic Black Metal for the World