The Babys: Saturday Night Rendezvous at The Canyon Club

The Babys backstage at The Canyon Club

The Babys: Saturday Night Rendezvous at The Canyon Club

The Babys is a legendary rock and roll collective who released five epic studio albums in the late 80’s to critical and popular acclaim. Songs such as Isn’t It Time, Every Time I Think Of You, Midnight Rendezvous, and Back On My Feet Again were all over the radio airwaves and continue to be played to this very day.  The Babys would eventually disband in 1981, with founding members Tony Brock (drummer) joining Rod Stewart, Elton John and Roy Orbison whole Wally Stocker (guitar) spent time with Stewart, as well as Humble Pie, and Air Supply.  But the passion for The Babys still remained, and in 2013 the team of Brock and Stocker would reunite with new members John Bisaha (vocals/bass) and Joey Sykes (guitar).  The modern day lineup would make their comeback at The Canyon Club in the summer of 2013, and would shortly release a new album of tunes entitled I’ll Have Some Of That.

Recently The Babys returned to the scene of the crime, performing an explosive set of classic songs and new entreaties at The Canyon Club on a rockin’ Saturday night.  Prior to their exhilarating set, Highwire Daze Online caught up with The Babys backstage for an interview about bringing the group back together, finding out more about the new members, thoughts about recording even more Babys music, and other topics of intrigue.  Read on for our backstage Rendezvous with The Babys…

Introduce yourself and tell me what you do in The Babys.
Wally: Hi this is Wally Stocker and I’m the guitar player in The Baby’s.

John: I’m John Bisaha. I’m the lead singer of the band, and the bass player.

Wally Stocker of The Babys

At what point did you decide it was time to bring the band back together and do another album and hit the road?
Tony: I called Wally and we’ve been friends forever. We’re like brothers. We just kept always saying we should put the band back together. Every now and then we called John Waite and say, do you want to do it? He always said no. Nah, he wants to to do his own solo career. In the end we just got so tired of asking him that – talking to Wally – I said let’s do it. Let’s just find another singer which was really hard, and this gentleman, John – he hates me because I got him back like eight times, I think.  It was eight times just to audition. It was just obviously by then, he was the guy for us. We wanted a team member like Zeppelin were and Van Halen, they’re all team members. Here’s the lead singer and then there’s the band. So Wally and I decided that John will be our singer and he’s nice enough to join us. That’s pretty much it. Wally was in Florida at the time.

Tony: Wally and I weren’t going to do it without each other. It wouldn’t be the same without Wally and I. Even John Waite said that Wally and Tony were The Babys. He’s even put it in print. Just wanted to add that. As soon as we got who we found John (Bisaha) it just became alive. We’d learned so much, Wally and I, so much from other producers and stuff. We decided to do it ourselves. It’s all good fun. I’ll let John talk now and tell what his experience is.

John Bisaha of The Babys

John describe the first Baby’s show that you were in, and what was going through your mind?
John: The first Babys show (I did) was almost four years ago right here at The Canyon Club. Out of body experience.  I think we struggled to get an hour in because we just had been back together. Literally, I think we fast tracked everything in like two months to try and get things together. So it was very out of body, it was an absolutely dream come true but when you really think about it, it was really the first time I had ever experienced a full on crowd of about 1000 people that were singing the songs we were doing. I had done other bands and have fronted other bands but you’d have a handful of people that would be singing your songs. The rest of the people would be standing around and enjoying what they were hearing. But this was 1000 strong singing every lyric to every song on their feet the whole time. Very very cool. So that was a very awesome time and we hope that we can recreate that tonight.

I saw that you also have solo material, do you still do that?
John: Yeah – actually I was doing my own solo project when the auditions came around for The Babys. What’s really funny is that I had my girls that were backing me up in that band, and that band was called Bisaha, so figure that one out, but Tony and Wally looked at a 15 minute combo of all of the shows I did, and the first thing they saw were these two hot chicks that were singing backgrounds and they were like – well do the girls come with you? I’m like, well yeah – I think they’d like to. I think the girls actually got hired before I did. I come trolling around, the girls got the job before I did, but it’s all good.

Joey – how did you become involved with The Baby’s?
Joey: Initially I found out through a friend that they were getting back together again and they were going to have plans to do a new record. So, I was very interested in that. They said, ah, we gotta see if we can hook you up with the guys and write a song or two for the new record. So I said, I’m in. Got together, wrote a couple of ideas and it went really well. That kind of led one thing after another and then they asked me to join as a member of the live version of it. So we did a new record and they asked me to play and I jumped at the offer. That’s how it happened.

Joey Sykes of The Babys

You were in a band called Boystown and worked with Meredith Brooks?
Joey: Yeah. Among others.
What were the experiences like being in those two projects?
Joey: It was cool. We went to England for a couple of months with Boysyown and Meredith Brooks had that Bitch song, so we went to a bunch of countries and played Madison Square Garden, which was always my dream. It’s just all good experience for even shows like with The Babys, to conquer any kind of stage fright and be comfortable on stage and play for big crowds. It’s a lot of fun.

Your comeback album I’ll Have Some Of That was released in 2014. How close are you to writing and recording new material?
Tony: This album we just finished, well we finished in 2014, we had basically one month to write it, record it and master it. We did it in 5 weeks. We were all working 19 hour days, it was just unbelievable. Joey came in and was just incredible. Joey’s an incredible writer.  We didn’t want to change The Babys. We wanted to keep our original sound, which became easy because I’ve got my own sound and Wally’s has got his own sound and style so that was easy. But finding other people to take the other places, that was hard, but it actually just came together really quickly. But Wally had a few cassettes of ideas that we, Wally and I, in between The Baby’s and me joining Rod Stewart, we got together once or twice a week and wrote a song.   John wrote the lyrics and put them together and Joey helped write the lyrics and we put them all together. It was kind of a group effort. That’s how we did it. But now, we were in rehearsal, just for this show – every five minutes there’s ideas popping up. We try and remember them, talking to myself today that we should be recording the whole time that we’re rehearsing. We started off with all these great ideas and Wally and I still have half a cassettes worth, [laughs] of all these songs. I played one the other day that is just absolutely brilliant once we put Joey and John on it. Frank (Francesco Saglietti), our keyboard player, we’re gonna use Franky on the next one. Joey, that’s what he does for a living. He thinks, lives and breathes writing songs. So we’re kind of not worried about that side of it at all. I know John’s got some great ideas and we’re all going to get together and hopefully it won’t take very long. So we’re looking forward to the next one. We’ve become an even better band now.

John: We’ve got companies that are talking to us that want us to remake, redo some of the hits and bring in some of the new ones as well. Look for potentially a live record as well as maybe a new studio record with some of the old tracks and some new. Then and now.

John: Perhaps. Look for it.

Tony Brock of The Babys

Wally: It’s even older now. How does it feel? Seeing as it was before electricity, it doesn’t feel that long ago does it. Nah it’s amazing, really, that we’re still around after 42 years. I must admit, that very first album that we recorded, we were young and naive. That was my first time on an airliner from London to Toronto to recording in Bob Ezrin’s studio, Nimbus Nine up there in Toronto. So it was a whole new adventure for us. These four London kids off and running kind of thing.  It doesn’t seem like 42 years. It seems like 41, really. All in all, we had a good run…

Tony: You were running from the law, that’s what you were doing mate.
Wally: Don’t tell them that. We split up in early 1981, I guess and everybody went their own way, picked up other jobs and continued on and back in 2012, 13. Tony and I decided to pick up where we left off and give rebirth to the band and we haven’t looked back since then… 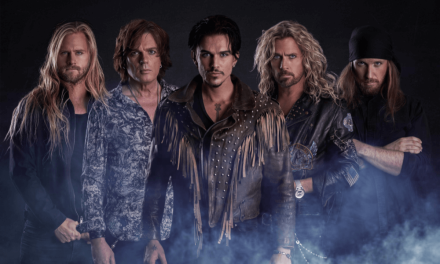 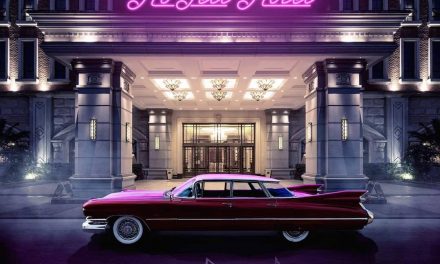 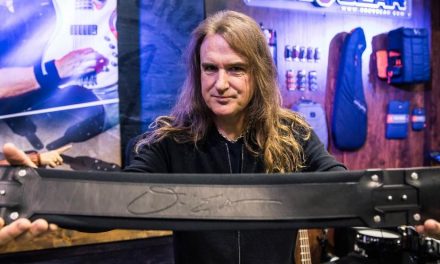