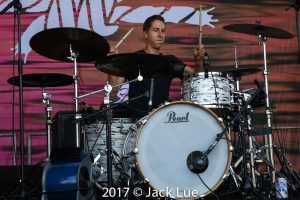 Even after 17 years of existence and multiple tour of duty on Warped, Silverstein remain one the most compelling post hardcore/emo entities on the road today.  Over the summer while on the Vans Warped Tour, their ninth studio magnum opus Dead Reflection was unleashed via Rise Records, with Silverstein issuing their most powerful auditory testament to date.  On the last day of Warped, we caught up with drummer Paul Koehler at the Pomona Fairplex to discuss the almighty Dead Reflection, the many summers on the Vans Warped Tour, preferred drum kit while out on the road, and other topics of intrigue.  Read on…

Introduce yourself and tell me what you do in Silverstein.
My name is Paul and I’m the drummer in the band Silverstein.  Founding member. 17 years. Started when I was 16 years old.

What do you think keeps you so passionate about Silverstein after all this time?
It’s definitely motivated by the fans. I think that motivates us to get back on stage and to make another record from time to time.  And to make sure we’re fulfilling what they want and to make sure that we produce better and better music.  And that we continue to tour it so everyone gets a chance to hear it live. It keeps us going.

How has the Warped Tour been going so far, what have been some of the highlights for you? This is definitely not your first year on Warped Tour.
It’s our 7th year on this tour and it’s been awesome. It’s very similar every year, which is nice, there’s that consistency to it. But it also – I think this year there are some of the best crowds we’ve ever had.  We come back every couple of years, we have new songs to play and there’s that familiarity and also some excitement and a real assimilation between our band and Warped Tour.

Is there any overall story or concept behind Dead Reflection? What does that mean to you?
It’s a pretty personal record that we made. Lyrically and thematically it was conceived from our singer Shane. It’s encompassing a rough year in his life and after going on a downward spiral of stepping back and looking at himself and looking at the path that he could choose, whether to maintain that or to improve. That’s where it all came from, lyrically, and that’s what motivated us to call the record Dead Reflection. 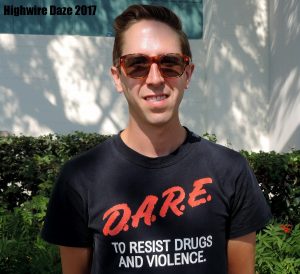 How do you think Dead Reflection compares to the previous Silverstein albums? Especially versus the first ones?
It’s definitely our favorite and I’m sure that a lot of bands say that their newest material is their favorite but it really is. I think that musically we really pushed ourselves to write some more complicated songs, more technical songs with bigger hooks and bigger rhythms, and all that stuff. I think we really delivered that. We tried to take what has worked for our band and really improve on it and also to showcase some new styles. That was really important to us. So I think it holds up with the older material but I think it also shows some different sides of our band and shows where we can go from here.

What drum kit do you drag along on the Warped Tour?
I use a Pearl Reference Pure Kit. It’s a Music City Custom as well, so it’s part of their custom line but it’s all Reference Pure shells. I use Meinl Cymbals and all that.

Are you in any other bands outside of Silverstein?
No, I do manage some artists so I’m involved in the management side. I handle everything with Silverstein and then some other bands as well.

How did you get involved with management?
I’ve always kind of been more of the contact for business with the band. Then over the years you just kind of learn things and you want to try to branch out and work with some younger artists and learn how the new generation is doing things. And also work with some other contacts on some projects that aren’t just your own. Channel some of that information back to your own band and try to reach both sides of it.

What advice would you give a band that’s attempting Warped Tour for the very first time?
Make sure you’re hustling. Make sure you’re sleeping well at night, you’re well hydrated. The most important thing is meeting and interacting with those fans and putting on the best show that you can. Everyone has a short set, anywhere from 25 to 30 minutes and you need to pack as much energy and excitement into that set and then spend the rest of your day promoting your band. There’s a lot of bands out here.  There’s a lot of other distractions that people could get involved with. You want to focus on promoting your band and your record. 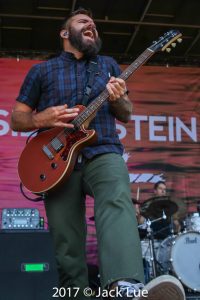 Finish this sentence. If I have to play “Smile in Your Sleep” again live, I’ll _____
I’ll probably be doing it at the next show, [laughs].

Do you still enjoy crowd favorites like that?
Yeah, they’re fun. We have about 120 original songs. We still try and rotate our set list, even from show to show or tour to tour. We’ll be playing a bunch of other songs and then that’ll get tossed in the middle. You’re just playing through it, it’s kind of nice to have a familiar song and then a song you haven’t played that much so you have to really work on it a little bit more. I think for us, it’s fun to play whatever. We try and switch it up from time to time so it doesn’t get boring.

When you do these 10 year anniversary shows of some of your previous albums, what do you think? Do you have to relearn them?
Yeah, a little bit. Especially some of the early stuff. We have so many songs you have to brush up on them from time to time. But it becomes a lot of muscle memory. They kind of come back over time. Like, oh yeah, I remember that. You can kind of fake your way through it too. For the most part if you needed to.

What goes through your mind when Warped Tour is suddenly coming to an end?
It seems very long. It’s a long summer with a lot of days and then all of a sudden it’s over. It’s crazy, it’s another year done. Luckily we’re always on the road, we always have a lot of stuff going on. So we just look ahead to what is next. It’s an overwhelming experience, though. You live in this bubble and forget about real life and forget about life outside the parking lot and then it’s over and you get to move on to something new.

What do you guys have going on after Warped Tour is all over?
We just have a bunch of touring. A bunch of stuff in Europe, UK, some Canada stuff. Kind of busy putting out the record and all that kind of stuff.

Se7en Reasons Why at The Rose – Live Photos 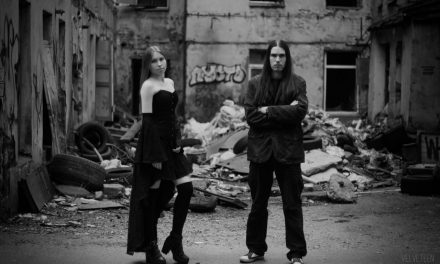 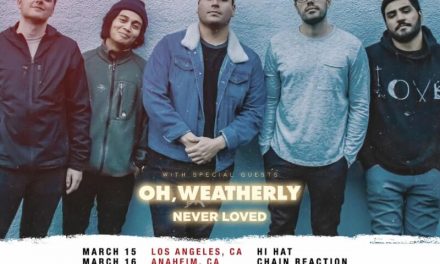 NEVER LOVED Touring this March with In Her Own Words & Oh, Weatherly