The Many Shades of Devilskin 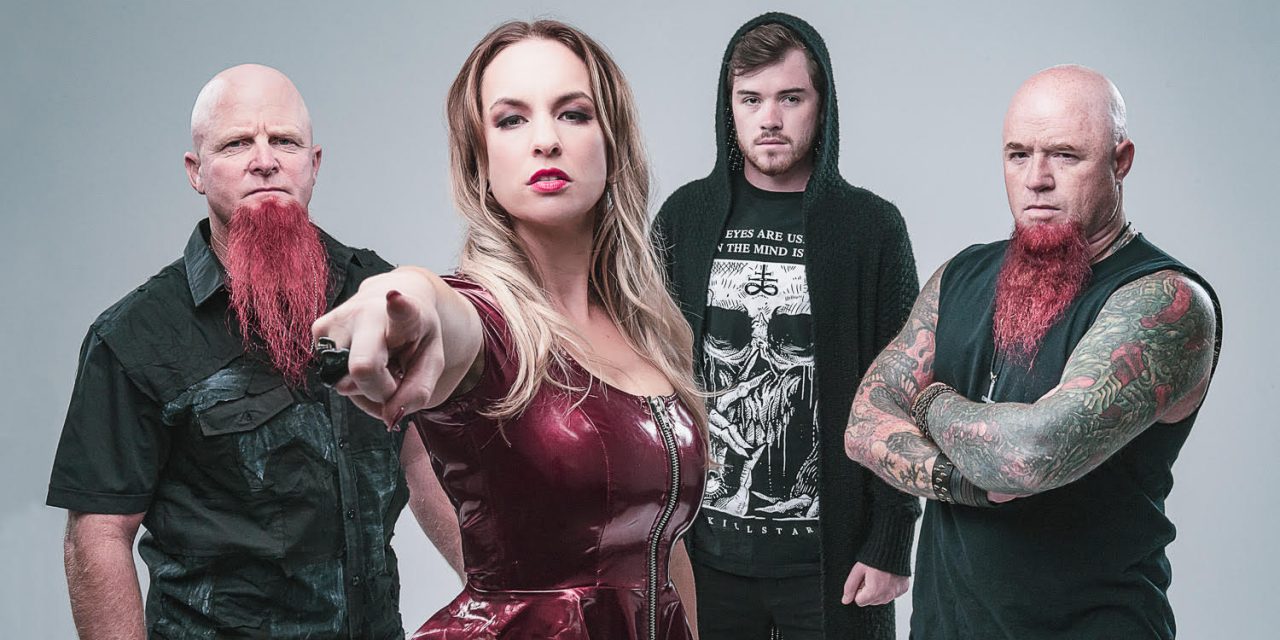 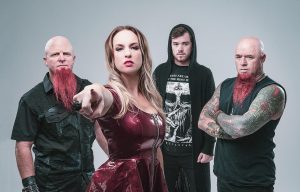 The Many Shades of Devilskin

Devilskin is a female-fronted hard rocking band from New Zealand ready to burst out and make their presence known throughout the world.  They’ve opened for the likes of Mötley Crüe and Alice Cooper, and are preparing to unleash their brand new album entitled RED.  Highwire Daze recently caught up with bassist Paul Martin to find out more about the many shades of Devilskin.  Read on…

Where is the band based out of and what is the local music scene like there?
We come from Hamilton New Zealand, it’s an hour or so south of Auckland city. A beautiful spot with the lovely Waikato River lazily snaking through it. The scene is great here for rock bands and, although our population is small, it’s loud!.

Is there any overall story or concept behind the RED title?
We spent a lot of time thinking about how to immerse and involve the listener in this album from start to finish. RED is the most evocative colour. It’s the colour of love, passion, blood, danger and among all the colours it is a warning. We wanted people to see this album is more than a collection of songs. It’s a mind trip that heaves with highs and lows. RED suited that perfectly.

Select two songs from RED and what inspired the lyrics.
Sweet Release is a song I wrote the lyrics for about a 21 year old man here in our hometown who struggled with depression and took his life while in state care. They let him out for a smoke and he drowned himself in the river. His family have been through hell. It’s a terribly sad story and a sad indictment on the state of our mental health laws. This song is one of our most powerful and moving / emotional songs to date.

The Victor is a song we wrote on a song writing weekend we took at a desolate lonely beach. We had the music down but needed lyrics. On our way home we were first on the scene to an horrific car accident that involved young children, it was an absolute nightmare. We helped the injured and I sat there with this child bleeding into my arms on the side of the road until the ambulance came. Afterwards we were all devastated, the shock was immense and we all felt so bad for this family. Luckily no one was killed but the trauma was real for everybody that was there. It’s something we will never fully recover from seeing. The lyrics have the message ‘hold on there’s hope.’

What could one expect from a live Devilskin show?
Big guitars, high energy. We love to watch the audiences’ faces when Jennie switches from sweet haunting melodies to bone shaking death growls. We love to convey the moodiness of our songs and we love audience participation. We have a live DVD called Live At The Powerstation that sums it up completely!

How did your show with Mötley Crüe go and did you get to meet or hang out with them at all?
We had a lot of fun at that show, we didn’t get to meet them properly but I believe Jen high fived Tommy Lee haha. We did hang out with Alice Cooper and his band that night. They were a lot of fun.

Slash is another legend you did shows with. What was that experience like?
Amazing. We did a couple of NZ shows with Slash a few years ago then he invited us to open for him again on the NZ/Australian Arena tour. That was awesome. Great band and crew too who really looked after us, and they all put it down to having a great boss (Slash). He is a really warm and lovely guy and his live show is outstanding! 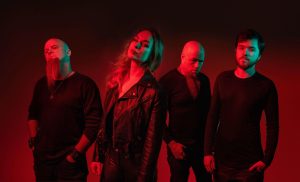 What are you looking forward to the most about your upcoming tour with Like A Storm?
Honestly I am really looking forward to playing the shows, travelling and hanging with our friends in Like A Storm. They are the sweetest guys and a real pleasure to tour with. We were last in Europe playing alongside Halestorm and we met so many new friends, we can’t wait to return, this tour will be good times!  (Editor’s Note:  Due to the COVID-19 epidemic, this tour will be rescheduled later in the year.)

If Devilskin could open for any band either now or from the past, who would it be and why?
I have to say Led Zeppelin or Black Sabbath! Nail would most likely say Pantera, Nic would probably go with Avenged Sevenfold, The Contortionist or Loathe and pretty sure Jen would pick anything Mike Patton was a part of! Why? Because they are all legends and heroes to us.

Has Devilskin ever played here in the States or plan to do so in future days?
Yes we visited briefly a few years ago and played the Whisky-A-Go-Go and SIR Studios in Hollywood. You bet we want to get back there as soon as possible, we absolutely loved our time there! Hopefully we’ll be back later this year!

Devilskin has a father and son rhythm section in the band. How did they wind up performing in the same band together and was Nic in any other bands prior to joining up with Devilskin?
No Nic was just 15 and wasn’t in a band yet. Our original drummer had surgery and we had a few gigs booked. I told Nic he had to join or he would be grounded til he was 18! He really blew us away and there was no way we were going to back to our original drummer after playing with Nic! He suited the band so well. In the ten years or so since he has become an incredible multi-instrumentalist and takes a lead role in writing and producing our music. He has another band he plays with now called Seas Of Conflict who are doing some really great shows, go check them out. I also play in another band called World War Four where I’m lead vocalist and guitarist. FYI: Jennie married my wife’s brother so she is now my sister-in-law and Nics’ Aunty. Nail isn’t related but everyone thinks he and I are twins, it keeps us amused.

What do you think has kept you so passionate about Devilskin for 10 years and counting? And what keeps a band together and creative for 10 years?
The passion from our friends and fans really keeps us pumped. Hearing stories from people that have been affected by our music and touched by the moods or lyrics, that’s such a beautiful feeling. That keeps me driven. We have no problem writing either, I think we demoed around 30 songs for RED so we have a LOT of material at any time. This creative flow has helped keep the band busy and fresh but of course at the end of the day, it comes down to personalities. We are a pretty tight crew, we trust and believe in each other. It’s essential.

Any final words of wisdom?
Just that we are very grateful to have this opportunity to bring our craft, our music, to other people and to get to meet so many wonderful folks all over the world.

Fenrir and The Legends Of The Grail 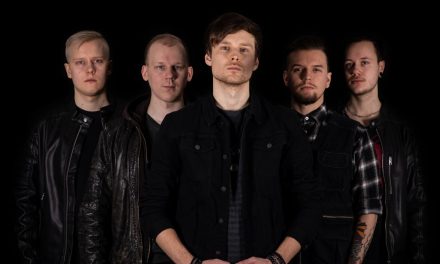