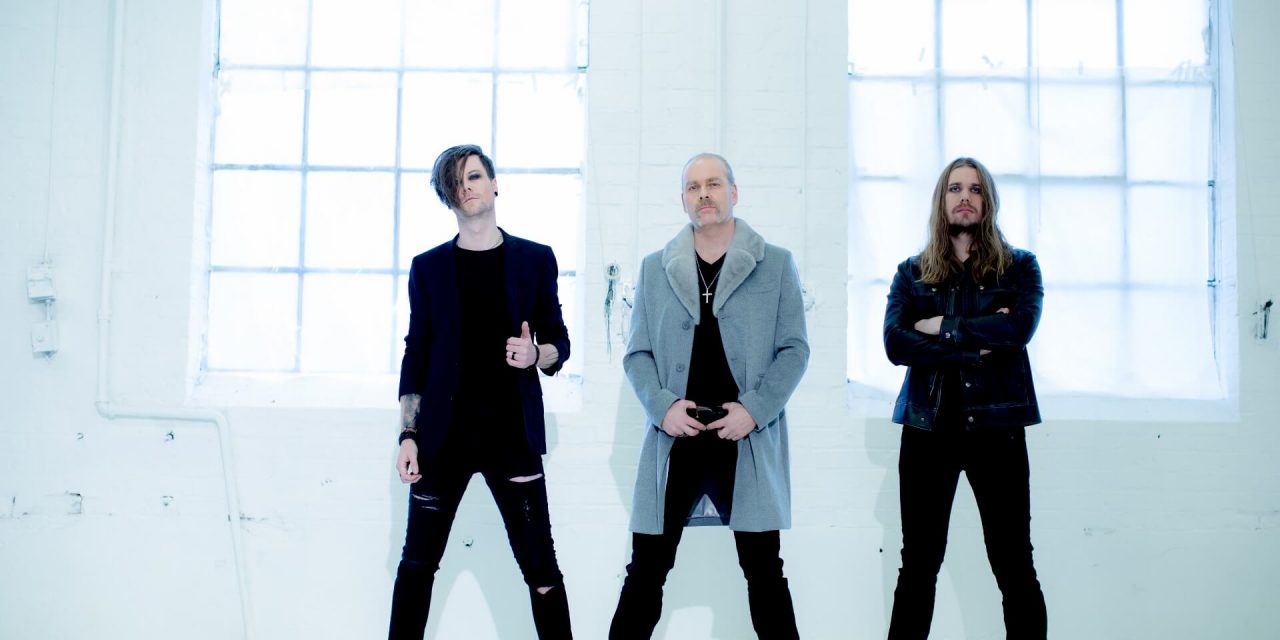 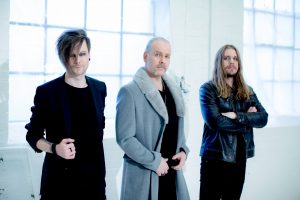 Pain City unleashes an explosive mixture of punk rock and heavy metal that is as crushing as it is infectious.  Their latest slab of sonic intensity is entitled Rock And Roll Hearts, now available worldwide via Massacre Records.  A power trio ready to blast the listener into the stratosphere and well beyond, Pain City is destined to become your new rock and roll addiction.  Fans of bands such as Motorhead and the Ramones should check into the Pain City extravaganza.  All this and a raging cover of the Nena classic 99 Luftballoons renders Rock And Roll Hearts an absolute standout.  Read on as we catch up with Pain City’s Stian Krogh to find out more about this raging band ready to slam their way into your rock and roll hearts…

Introduce yourself, tell me what you do in Pain City, and how long the band has been together.
My name is Stian Krogh. I play guitar and sing and also do the songwriting in PAIN CITY. I formed the band in 2016 after leaving my former band The Carburetors after 15 years. There has been a few lineup changes since the start in 2016. Current lineup contains of Petter Haukås on drums and Torkjell Hagen Voll on bass. A pretty solid 3 piece I would say. We work very well together and have the same goals and mindset. Important if you want to play in a band and make it work.

Where is Pain City based out of and what is the music/metal scene like there?
PAIN CITY is based in Oslo, Norway. We’ve see a little change in the rock and roll scene the last few years here but still it is a lot of cool rock clubs and places to play. We also have a few very big festivals in Oslo and around during summer with the world’s biggest bands playing.

Select two songs from the new album Rock And Roll Hearts and what inspired the lyrics.
Rock and Roll Hearts. The title says it all. A song about not giving up your dream. In this case your dream about writing and playing music in a band no matter how difficult or hardcore it can be at times. I have been doing this for 20 years now and it has been sacrifices and hand to mouth at times. But if you want something bad enough you do whatever it takes to make it, and the hour on stage is worth everything. If you have it in you and you can’t put the guitar away then it is how it is for me.

I Play My Guitar When I Want. A song about not letting anyone tell you what to do or when to do it. It is no secret that I love to play guitar and I do it as often and as much I can can. I one time read a story about a neighbour complaining about loud music next door late at night at an afterparty. The day after he sent a note with this message: “I love music, and it is ok you play loud music during the night. But I would appreciate to hear the whole Back In Black album by AC/DC and not just one song. Thank you.” That sums it up… 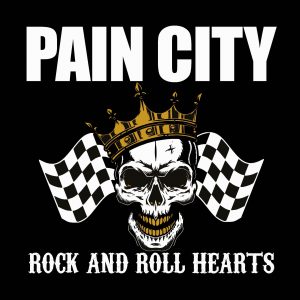 What made you decide to cover 99 Luftballoons and has Nena or anyone from her team heard or commented on it?
I saw the potensial in the song to make a rock version of it, and I have to admit I wanted it to be a door opener for us in Germany. And of course it is cool to have a bonus track on the album for the German people. We do play a lot there and the audience really like it and sing along on every word. It is a very famous song that everybody knows. We haven’t got any comments from Nena or her team yet though…

What was it like work with Fredrik Nordstrom at Studio Fredman and what did he contribute to the overall recording process?
The two first albums were recorded in my studio at home so it was an easy choice to pick Fredrik as the producer for the third album. PAIN CITY needed to step up a few notches and deliver one hell of a record with good tunes and good sound. Most of the songs were pretty much ready before we started the recording. We did some changes but overall the songs were the same as on the pre-production I made in my home studio. But I must say that spending time in the studio with Fredrik really made us
step up as much as we could as a band, and what we really needed for the album was to capture the energy we have when we play live. And Fredrik did that. We have already booked Fredrik and Studio Fredman for our fourth album. Starting the recording some time after this summer.

What could one expect from a live Pain City show?
Well, the first thing you can expect is 3 guys being as professional as possible, well prepared and SOBER.  We do play rock and roll with a twist of heavy metal and hard rock. And you can also expect to sing along on most of our songs too. Easy to have a good time with us. We also bring merch to our shows. T-shirts, CD’s, vinyl, patches etc. And of course we hang out with our fans after the show…

If Pain City could open for any band either now or from the past, who would it be and why?
Well, we all have our influences and idols so of course it would have been cool to play with the big stars. But to be tactical and smart I would say it would be better and cooler to step up and open for a band where the audience were totally caught off guard and we delivered something they would not expect. Say a band that is not in the same genre and with totally different audience than we have. That’s the way to open people’s eyes, get attention and get fans for life.

Has Pain City ever played here in the States or plan to do so in future days?
We haven’t played in the States yet but I do have something going on in Canada if things goes as planned. If someone will book us in the States we will for sure come and play our music.

Are you involved with any other bands or projects outside of Pain City?
I put all my energy and time into PAIN CITY and are 100% occupied with that. I have learned from earlier projects etc that you won’t make it unless you go all in. And that is my way of life. In the end it is important that I did everything I could when I had the chance.

What’s up next for Pain City?
Next up is to play all the shows we have booked for 2020. I need to finish the pre-production for album 4 too, and as a band we need to work through it and adjust where we need to adjust and arrange the songs as good as possible. We also want to bring the band up a few notches more and get more partners that can help us to reach out to more audiencez, bigger stages and world domination…

Any final words of wisdom?
You can’t be what your idols are. Believe in yourself and follow your dream. It may take you to places you’ve never been before and you meet people that will change your life forever. Stay open but focused… 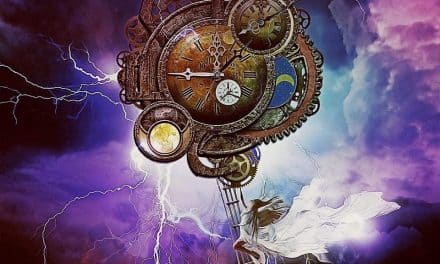 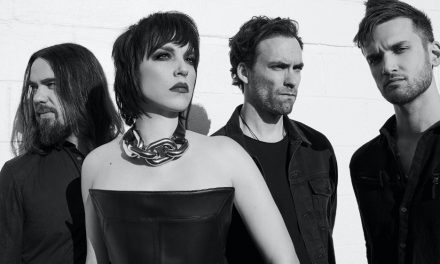