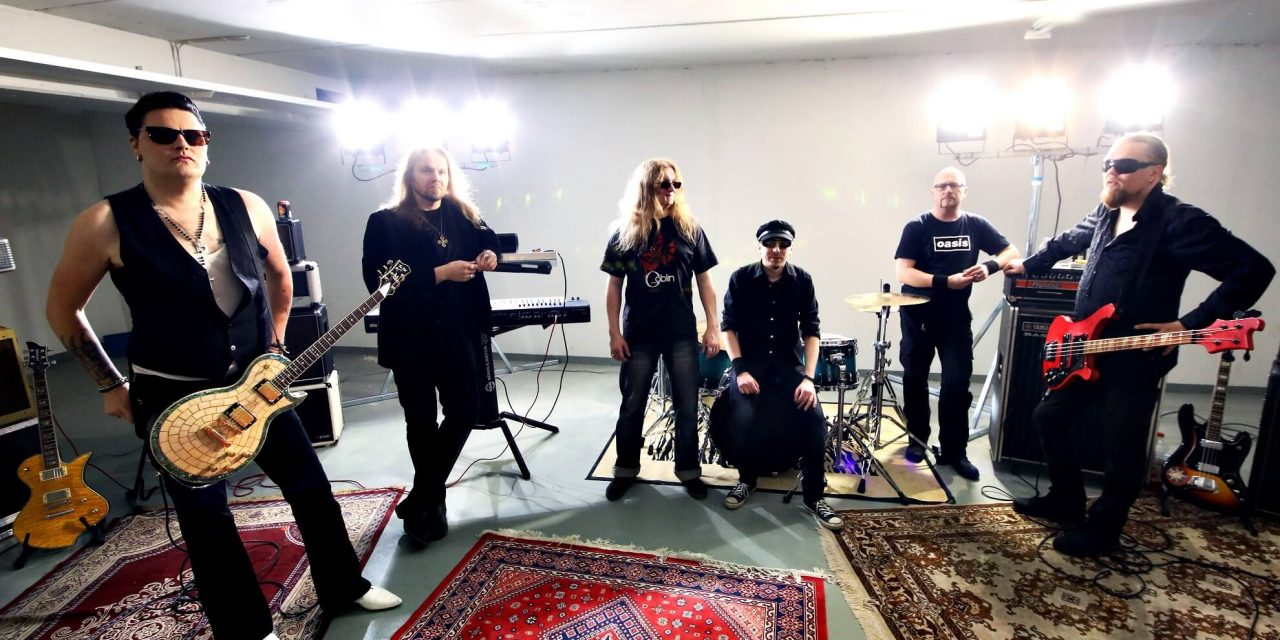 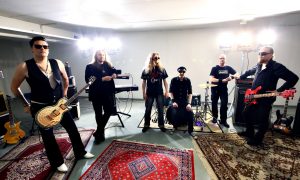 Six Silver Suns is a melodic rock collective from Finland’s thriving music scene, featuring Janne Mannonen of YUP and Toni Bite of The Ragged Saints within their ranks.  The epic debut album is entitled As Archons Fall, now available worldwide through AOR Heaven.  As Archons Fall includes ten vibrant songs which will tantalize the senses and set your imagination off into the stratosphere.  Highwire Daze recently interviewed Toni and Janne to find out a whole lot more about the fantastic auditory adventures of Six Silver Suns.  Read on…

Introduce yourself, tell me what you do in Six Silver Suns, and how long the band has been together.
Toni Bite: Guitar and also main composer and founding member

Where is the band based out of and what is your music scene like there?
Toni Bite: I used to hang out with coffee in a bar in Helsinki a few years ago where Janne often came with a record bag. Usually our conversation was geared towards our favorite bands and we found that we dig pretty much the same style of music and approach to do it. We have our own studio, so pretty quickly I asked Janne to come visit to see what happens and after that “something” was born a lot.

We ask our musician friends to join in if he would be interested in this kind of mood and they were interested. The band was actually born the moment we played my and Janne’s song Blanks together for the first time. The music that was created by the whole band sounded brilliant, fresh and different from what I had done myself before, so it was a clear pattern for everyone that we were making a record.

Like President of the United States Obama referencing the Finnish metal scene, he says. ” Finland has one of the most vibrant metal scenes in the world. It’s estimated the country has 54 metal bands for every 100,000 Finns.” And yes he was right, for some reason it fascinates Finnish music fans and musicians

How did you wind up signing with AOR Heaven?
Toni Bite: We discussed the release with a few different record companies, but I knew Georg and AOR Heaven through The Ragged Saints, so I decided to put him on a few mixed songs and ask if he would be interested in releasing this and they had it. After that, we did the rest of the recordings and mixes and this is how our debut album was born. 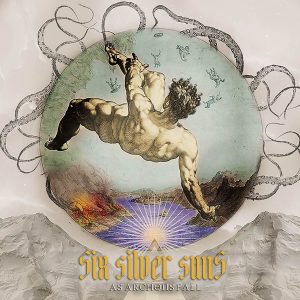 Is there any overall story or concept behind the album title As Archons Fall?
Toni Bite: “archon” is an ancient Greek word that means “ruler“. So there is a small message in the name of the album if you want to see it that way. Personally, I feel that the record is an ode to freedom, love, imagination, and a journey of exploration into the humanities of the universe and fables.

Select two songs from As Archons Fall and what inspired the lyrics.
Toni Bite: ”The Lord of the Southern Tower” and “Children Of The Stars“

Night Upon My Shoulder. It’s some kind of optimistic song about man’s place in this universe. This song just found from inside our musical souls with vibes of 70’s hard rock stuff.

What made you decide to cover California Dreamin’ and have you ever been to LA or California. And if so, what were your impressions?
Janne Mannonen:  We decided to make a couple of covers. Just for fun. California Dreamin’ came off very well and it ended up in our album. It’s a great song and we hope people like our version too.

Toni Bite: I have never visited America myself, but some part of my family lives in California. I’ve always been digging about this song’s nice feel, and when you live almost at the North Pole, it’s nice to get in the sun during the winter 🙂 In this song is also played by the esteemed Finnish jazz musician and UMO Jazz Orchestra’s soloists Pentti Lahti on flute, which was quite a unique thing because he is 75 year old dude, so he know some things about playing.

Who did the cover art for as Archons Fall and how much input did you have on it?
Toni Bite: Me. I have traveled a lot in not so normal places and I love to always visit local churches, temples, museums, art exhibitions and people from different cultures. Sometimes I came across the work of a 16th century artist Hendrick Goltzius. His work “Phaeton, from The Four Disgracers” came to mind and as I thought about this cover of the record, this came to my mind. So the cover is based on this work by Goltziuske. Eventually, this man dropping from the sky also gave the idea for the album name “as archons fall“

What was it like writing and recording new music in the middle of a pandemic?
Janne Mannonen: No problemo at all.

Toni Bite: Finland had a relatively good situation throughout the pandemic compared to the rest of the world, so this did not really affect our studio work. Of course, we couldn’t plan any possible gigs, etc. But this was the same situation all over the world, so in that sense no effect.

Has Six Silver Suns ever played live or plan to do so?
Janne Mannonen: We haven’t done any live gigs, yet. At first this was just a studio project but now a real band. So maybe we are going to do some live shows in the future. Let’s see…

Toni Bite: We actually had gigs in mind just as the pandemic started, which for reasons that happened, of course, couldn’t be driven any further. But of course, if there are sensible opportunities to play live after the release of the album, of course we will do gigs. this of course a bit depends on how the record is received, etc. So the promoters and gig organizers are free to call us.

What do you hope 2022 brings for you and for Six Silver Suns?
Toni Bite: Maybe a few gigs and start composing our next album.

Any final words of wisdom?
Janne Mannonen: Buy only physical recordings and read only musical publications!

Toni Bite: And of course that people would find this little adventure in our world of rock music where ”Six Silver Suns” offers a universal ticket to marvelous musical ticket.

…And there was one question about The Ragged Saints:
Toni Bite: The intention is to make our third album in early 2022. Our second album “Sonic Playground Revisited” came through AOR Heaven just about a year ago. 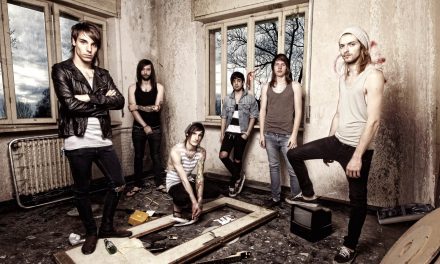 Upon This Dawning – The Highwire Daze Legacy Interviews