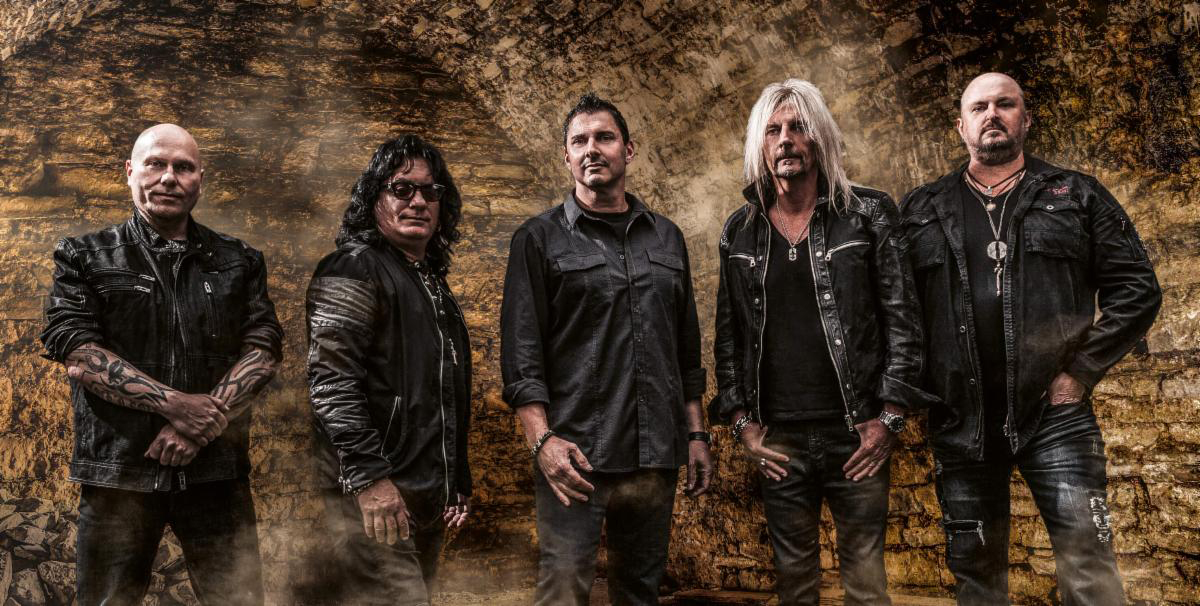 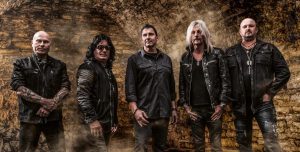 The original Diamonds Unlocked compilation was released in 2007, with famed guitarist Axel Rudi Pell and his band presenting their own imaginative renditions of famous songs.  And in the pandemic year of 2021 with no touring on the horizon, Pell and company decided to record a companion album, and Diamonds Unlocked II would be created.  Featuring a vast catalog of songs reinterpreted – including classics by The Rolling Stones, Rainbow, Abba and even Tom Jones, Diamonds Unlocked II (Steamhammer/SPV Records) is the perfect sonic remedy for rockers and metalheads as these Covid-19 days rage on.

In this interview, Axel Rudi Pell unveils some of the secrets behind the sonic gems found within Diamonds Unlocked II.   Other topics include discussing the former Axel Rudi Pell singers Charlie Huhn (now in Foghat) and Jeff Scott Soto, his thoughts on bringing the band to America, plans for 2022, and more…

What made you decide it was time to release a Diamond’s Unlocked II album at this point?
To be honest, the pandemic. We normally would have been on the road the whole year last year, and there was nothing else to do. So, we had to push the 2020 shows to 2021, and now from 2021 to 2022. And I said to my record company, “Well, what about a new album?” I said, “I haven’t written one song so far, it’s way too early.” Normally, we have a normal regular ARP record coming out every 2 years or every 2 and a half years. So, we decided to do a cover record because I love cover records myself, and so we did it.

What was it like recording music in the middle of a pandemic, and all this crazy social unrest going on in the world right now?
It was just a little different from the way we normally record a regular album. The only difference was that Bobby, he lives in America, he couldn’t come over to record the drums here. So, that’s the reason why he stayed in New York and he hired an engineer there, and recorded his drums over in the studio in New York. There was a big difference. I wasn’t there with my whip to control him.  (Laughter)

We talked on the phone and we Skyped a bit, and it happened. Actually, it was pretty good, and he sent everything over. Johnny, of course, he never was in the studio in Germany for the last, I think 15 years. So, he’s always recording his vocals in the US in his own studio in his house. So, there wasn’t much difference. In Germany, of course, we had to do the testing thing, but it was regular work in the studio that we always did. We had to send negative tests, and few people got the vaccine before, and there was no big difference. We worked like usual. 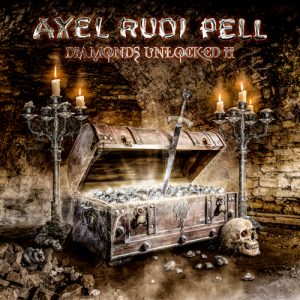 Let’s talk about a few of the covers on this album. “She’s A Lady” by Tom Jones. What made you decide to cover that song, and do you have any Tom Jones stories you could share?
I don’t have any great, big, huge Tom Jones story, to be honest. But this song follows me from the ’60s. I’m a very a old guy. So, I always love the track because it followed me every time you put on the radio, especially in the beginning of the ’70s or mid-’70s, you always hear the Tom Jones song. I liked it in a way. So, I thought about myself, “What about doing a cover version but not copying one to one, create more into ARP style;” and that’s what we did. Start as a ballad, and then go more into the country-rock track.

It seems like there are a lot of rock guys and metal guys like ABBA.  You covered “Eagle” by ABBA. How has the music of ABBA influenced you over the years, if at all, and what made you decide on that song?
Axel: I love ABBAs from the very beginning – I think it was 1974 with the song Waterloo. It was all over TV, and they will be in every TV show you can imagine, followed by the next singles, and they got huge in Europe. I think it was the biggest band at that time. So, everybody loved ABBA, especially me.

I’m not a guy who’s only concentrating or only listening to ABBA, or metal music, or whatever. As long as the song is good, it doesn’t matter which genre. When the melody is great and all the rhythm is great, I like the track. I always follow ABBA, and “Eagle” has a special feeling. Somebody told me, “It could be your own song, your own writing,” and I said, “Yeah, you’re right,” but it’s not. But I always follow ABBA, and I can’t explain why. They’re great.

“There Is Only One Way to Rock” by Sammy Hagar. What made you decide on that song?
I’ve always loved the track. I think it was my favorite Sammy Hagar tune. I think it was from Standing Hampton album way back in I think 1982 or something. I’ve always loved the track. It followed me over the years too. I always loved the Van Halen version too, but I didn’t want to compete with Eddie here. Especially the solos because he’s doing this tapping thing.  He was a genius. I don’t want to follow him on that one so I decided to have… I took the guitar solos from the Van Halen version but not playing like Eddie of course because I can’t, but I put on my own style, and I played actually both guitars on the left side of the speaker and on the right. It was great. I love the track and Johnny loved it too. Everybody loved it. So, we decided to give it a go.

Your drummer, Bobby Rondinelli, was in Rainbow, you, of course, did “The Lady of the Lake.” Did Bobby have any input on choosing that song?
No. Because I made a list, but Bobby was one of the first who said, “We have to do the Rainbow track. Of course, we have to do it. I loved it.” I said, “Bobby, you’re not the only one. I love it too.” So, that’s the reason why we did it. He loved Rainbow. He was in Rainbow, and he still loves them. He’s great.

“Paint It Black” by the Rolling Stones. That band has been around for zillion years, and they’re still performing today. What made you decide to choose that song, and would you like to keep on performing as long as the Rolling Stones?
I think maybe we never played that song live because Rolling Stones are still playing there. Maybe even another 20 years, they’re still doing it.  Yeah, of course. The reason why we covered it was it is a great song. It’s a classical song. I think it’s one of the Top 20 of All Time Songs, in my humble opinion. So, what gives me the real kick to have another cover version of it was the version I heard from Deep Purple way back in 1993. They played a live version of the track including a long guitar and keyboard solo. And I said, “Woah! It’s totally different. The Stones would never do that.” So, I decided to put both versions together, and make an ARP-style song, and actually, I was really surprised it turned out really good. And all the others loved it too. “Woah! That’s totally different, but we love it!“

Since we are talking about covers, Jeff Scott Soto, one of your former singers, is doing a cover album, and he’s including “Warrior,” your song with Johnny Gioeli on it.
I’ve never heard it. He didn’t ask me to play on that track.  He didn’t ask me. I know about the track. I heard about it from some other guys, immediately, I was shocked. I said, “What? They didn’t ask me to contribute?” So I said, “Okay, fair enough. Without me, it should be crap I think.” (Much laughter) No! No, I’m kidding, both guys are great. They’re both great professional singers, and I think they’ll make a hell of a cover song out of it. I’m pretty sure. I love Jeff, I love Johnny, they’re great. And I would love to hear the track but nobody sent it to me or anything.

Well, I hope you hear it soon cuz it’s funny if there are 2 of your singers past and present on that track.
That’s right! Yeah, but not the good guitar player.  (Much laughter)

Exactly, exactly.  So another one of your former singers, Charlie Huhn, is now in Foghat. Another amazing band with an amazing legacy. Do you still keep up with Charlie, and have you seen him in Foghat?
No. I mean, actually, I saw a few tracks on YouTube a couple of months ago. He’s actually still sounding great. I think he’s 70 or over 70 right now, but he always was a very professional singer and front man. He’s a great guy. The last time I heard of him when I made my 25th-anniversary show recorded in Berlin in 2014. I invited Charlie too. I sent him an email. I said, “Hey Charlie, I would love if you could come over.” I mean, 2 or 3 tracks from the Wild Obsession that we did together. But unfortunately, on the same day, he had a gig with Foghat and he couldn’t go away from that. So he actually said, “Axel, I’m so sorry. I can’t come over.” That was really a shame because I would love to see him again, and tell him some stories, some old stuff in, but he couldn’t make it unfortunately. But  he’s great.

What are you looking forward to the most about your upcoming tour in 2022?
Oh! I love it. Because everybody in the band loves to play live. I can’t wait. Really, I would like to go out tomorrow if I can. But here in Germany or Europe, the restrictions are really strong. You can’t compare it to the US, it’s totally different. For example, you’re only allowed to play a show outside, not inside the building. And still, when you do an outside show probably, let’s say in the stadium, the huge band with 20,000 seaters, you’re only allowed to put in 3,000 or 4,000 with much space around you. It doesn’t make sense for me. This is not a rock show. This is shit. So, we have to wait ’til everything will back to normal again which will hopefully be next year.

Do you have any messages for your fans out here in the States who want to see you play?
I would really love to play in the States. Everybody is asking, “Why wouldn’t you come over?” I’m always asking my 2 Americans in the band. I asked Johnny and I asked Bobby, and say, “Hey guys, what do you think about doing an American tour?” and they both say to me, “Axel, you will lose a lot of money because this is not the right time for this music.” They say, “If you’re lucky, you get 80 or 100 tickets a show. When you’re down the road for more than 6, or 7, or 8 weeks, you will lose a lot because the costs are much higher than the income.”  Unfortunately, I can’t say if we will be out in America and if we will play there or not. I really hope so, but I can’t say at the moment, unfortunately.  I just hope that people will love our records.

At press time, Axel Rudi Pell is now in the studio recording a brand-new album to be released in 2022!!!