The Melodic Rock World of ARGI 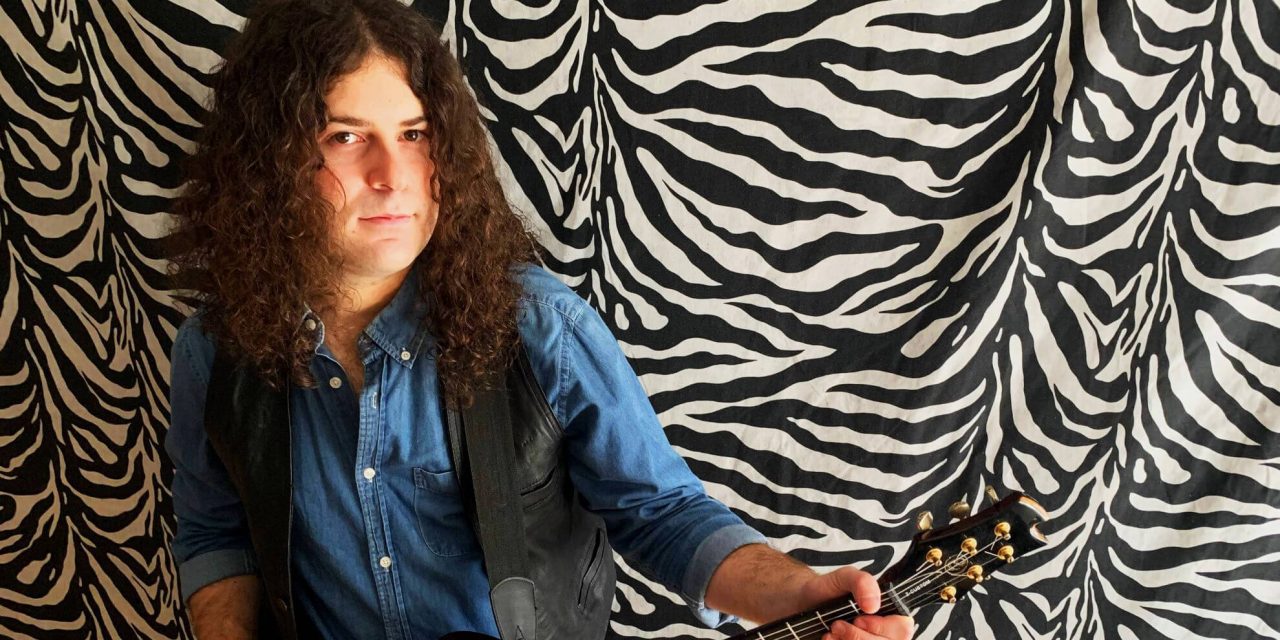 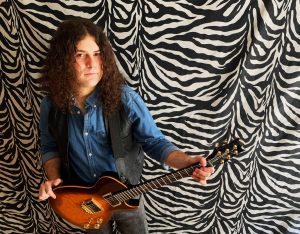 The Melodic Rock World of ARGI

Enter the grand melodic rock world of ARGI and prepare to be swept away by the five amazing songs contained within their debut EP entitled Dare To Dream.  The creation of mastermind Dani Argilés, ARGI also features the participation of the late David A. Saylor of Wild Rose and noted front man Rod Marenna on lead vocals, lending their massive talents to the proceedings.  There is an infinite amount of imagination and positivity to be found within the realm of Dare To Dream by ARGI, and the sonic tapestries are destined to captivate genre fans all across the world.  Highwire Daze recently caught up with Dani Argilés to find out a whole lot more about the inspirational ARGI project.  Read on…

Introduce yourself, tell me what you do in Argi, and how long the band has been together.
Hi everyone, I´m Dani Argilés, a Spanish guitar player/composer and the founder of the melodic rock project called ARGI. In fact, some people who know me use ARGI as my nickname.  First of all, thank you so much for this interview. It’s a great pleasure for me to answer every question.

Throughout my music career, I’ve played in different bands from different music genres, such as Rock and Roll, Blues, Heavy Metal and so on, but when I discovered Melodic Rock, I was amazed and caught by its atmospheric sound, so I designed my own logo back in 2016 having no idea of graphic/art design with the excitement of a child, and this is why ARGI was born as a project, and not as a band with a lineup, although some musicians have collaborated with me in the recording process of the first EP under my songwriting.

Where is the band based out of and what is the local music scene like there?
As I said before, this is not a band, but a solo project, at the moment.

This project was founded in Murcia (Spain), the city where I designed the ARGI logo, where I composed and recorded the guitars for the first song “Runaway Love”, included on the EP, and a place where I grew up, where my family lives, where I learned to play the guitar and where my music career started although now I live in Madrid, capital of Spain and where I composed the rest of songs of the ARGI´s first EP.

Is there any overall story or concept behind the Dare To Dream EP title?
Yes, I think we can’t live without dreams and this has been reflected in this global pandemic that we are living in, where culture has been hit hard. This first EP has been released in the middle of it, so it’s a kind of message that we must have this kind of attitude and dare to have dreams, dare to dream even in such a global situation, because life is hard and dreams don’t come for us by themselves, we need to chase them. Moreover, it’s a great title for a first EP of a solo project.

If you dare to dream, you are able to record and release something so simple but with a lot of work as an EP. This couple of words also represents my way of playing and composing music. On one hand, we have the word “dare” that reflects the attitude and maybe it’s more characteristic of powerful sounds of Hard Rock and classic Heavy Metal songs. On the other hand, we have the word “dream” that reflects the sweetest part and reminds us of AOR songs and ballads. On this first EP, you can find a mix of this. 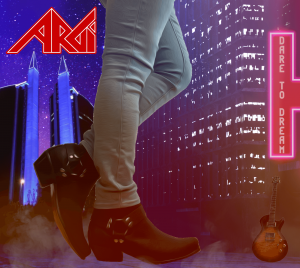 Dare To Dream by ARGI

Select two songs from Dare To Dream and what inspired the lyrics and/or music.
“Crying With Joy” is about the first date with Lucy, the girl that deserves all the best in this world for her way of treating people, always laughing and being willing to help others. She is always there with me in bad and good times and helps me to understand what’s truly important in life and stay positive. She came to my region, Murcia, and we spent a magical weekend near the beach and enjoyed the reunion concert of 91 Suite. When the weekend was finished, I picked her up to the train station and when she left me alone in my car, I started crying with joy.

The main idea of “Start Living” was to do an instrumental song where the guitar stands out, like in some instrumental songs of guitar players such as Gary Moore or Santana, but with the essence of Melodic Rock. In the middle of working on this composition, a misfortune occurred, and the whole world was caught up in a global pandemic, so I wanted to take advantage of this situation to express that feeling of nostalgia for life that we had previously, but at the same time pass on positivity and hope through a music video. This long lockdown helped me personally to think about what really matters. Those little moments that until now we haven’t known how to value due to the uncontrollable frenzy of our daily life which is fading, and we don’t realize it until something bad happens, and this is why the tittle of the song was called “Start Living”.

The video was recorded in an empty Madrid, where I’ve lived during the lockdown and where I’m settled at present. It’s a tribute to Rock in these difficult times. We can see some empty places which in other times were full of people: Atocha Railway Station, Puerta del Sol, Vallecas (Puente de Vallecas Subway Station, Rocker Grandma Statue, Puente de Vallecas’ Boulevard, Cathouse Rock Bar), Bajos de Argüelles (Bastard Heavy Rock Bar), Enrique Tierno Galván Park’s Auditorium. I also wanted to make reference to some artists that I like, and that’s why there’s Gary Moore’s Wild Frontier vinyl, the book AOR WORLD by the Spanish writer Sergio Guillén Barrantes and the Spanish Melodic Rock band 91 Suite in one of the sheets of the book.  Also, I appear walking exactly at the same place where the Spanish Heavy Metal band called Obús walked in one of their first music videos to the song called “Va a estallar el Obús”.

Who did the cover art for Dare To Dream and how much input did you have on it?
The main idea of the cover artwork was mine though Claudia Estrada of A51 Designs (Australia) did the editing under my indications to get the final result, so we can say that we did it both of us.

It can be interpreted as the American Dream seen by a Spanish rocker of Murcia (Spain). We see two legs with boots (they’re mine) in a city at night with a neon sign that says “Dare to Dream” and my guitar is under it. In the background, there are two twin towers which are the tallest buildings of Murcia and are illuminated at night.

What was it like working with noted vocalist Rod Marenna and how did he become involved with the project?
When the great David A. Saylor passed away in 2017, I was not sure how to approach the project. After looking for different singers, Rod Marenna appeared, an excellent person and a great singer who was willing to collaborate on one of my songs, “Crying with Joy”, from the first moment.  Shortly after we continued talking for some more collaboration and I thought that the right thing would be to continue with the same singer to complete an EP. This is how Rod also participated in “Daydream” and “Nothing to Lose“.

You had two members of Wild Rose involved with Argi – the late David A Saylor and Haris Patsos. What was that experience like and how did they become involved?
The experience of working with David A. Saylor (R.I.P.) was very positive. I didn’t have the chance to meet him in person but I would have liked to do so. We had very close conversations through the chat and he told me some interesting stories of his life as a musician. I asked him to collaborate with me and do the vocals on the first ARGI´s song “Runaway Love” because I knew that he had worked with other bands like Wild Rose or Push UK. He was willing to collaborate from the first moment, he helped me with the lyrics and sent the lead and backing vocal tracks for the mixing from UK to me in Spain.

When it comes to keyboards, I remembered Haris Patsos, because I had listened to him on Wild Rose with David A. Saylor and I really loved his melodies, so I proposed him to collaborate on “Crying with Joy” and he wanted to do it.  So both professional!

Has Argi even played live, or would you like to do so in the future?
No until now, but I would like to form a band under the name of ARGI with some musicians who want to join me in this musical adventure and, if possible, play concerts, anywhere in the world of course. This nightmare seems as it´s ending and live music is coming back again, so it would be great!

Are you involved with any other bands or projects outside or Argi?
No. I´m currently fully focused on ARGI and my personal life, but I´m always open to collaborate with other musicians for their projects.  I’ve played in the past in different bands like Versátil, Slide and Hitten.  I’ve played live in different countries of Europe as Spain, France, Netherlands, Germany, Greece and Belgium.

What do you hope 2022 brings for you and for Argi? Any other new music on the horizon?
I can´t promise a full album yet in 2022, maybe it´s very soon, though I have it in mind, but I would like to do with a band with a lineup, so I hope to compose new songs next year and introduce them as singles at least.  Meanwhile I will continue to distribute the physical EP all over the world.  Never stop making music!

Any final words of wisdom?
I would like to thank you again for this chance to present my project to all Highwire Daze readers in this interview.  It means a lot to me as lover I am of 80s Hard Rock bands from Los Ángeles.  I wish I could play there someday. It would be a dream come true!  I hope people know a little more about me and ARGI and enjoy my music.  Thanks so much! 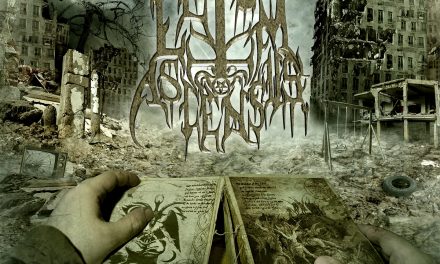 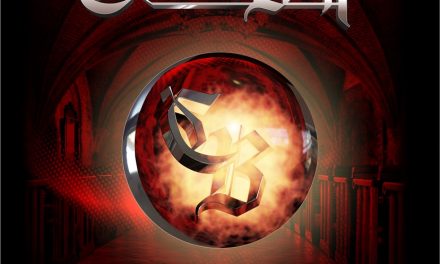