DYING DESOLATION ﻿Premieres “After Us” at Metal Injection Today DYING DESOLATION Premieres “After Us” at Metal Injection Today

Don’t judge a book by it’s cover… the future in music is bright thanks to Dying Desolation whose musicality is beyond their years. Check out the delivery of hooks and choruses soaring with melodies on a more modern level. Don’t pass this band up!

Dying Desolation is a metal band from Cleveland, OH. Formed in mid-2017, the band frequently writes heavy hitting songs covering real world problems such as environmental disasters, mental illness, and other relevant topics. Dying Desolation’s mission is to spread messages through their music and give listeners and concert-goers alike an experience they’ll never forget.

Dying Desolation is now streaming their new single “After Us” alongside a music video directed by Vince Lundi. “‘After Us‘ is an existential track that questions whether we will be remembered by whatever comes after life on Earth. Will humans be to the next dominant species what dinosaurs were to us? Will our memories- our blood, sweat, and tears- amount to anything in the long run, or will it all start anew? Does it matter?” says Dying Desolation.

Catch DYING DESOLATION at The Winchester in Lakewood, OH
Celebrating the release of their debut album MIDNIGHT
June, 24, 2022

Tetrarch: Rocking The Freaks on The Sunset Strip 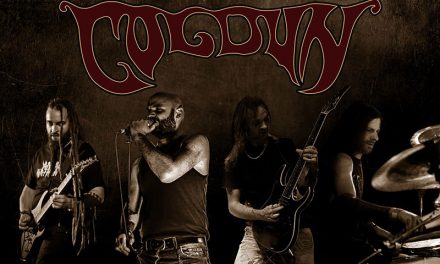