The Explosive Love Language of Windwaker 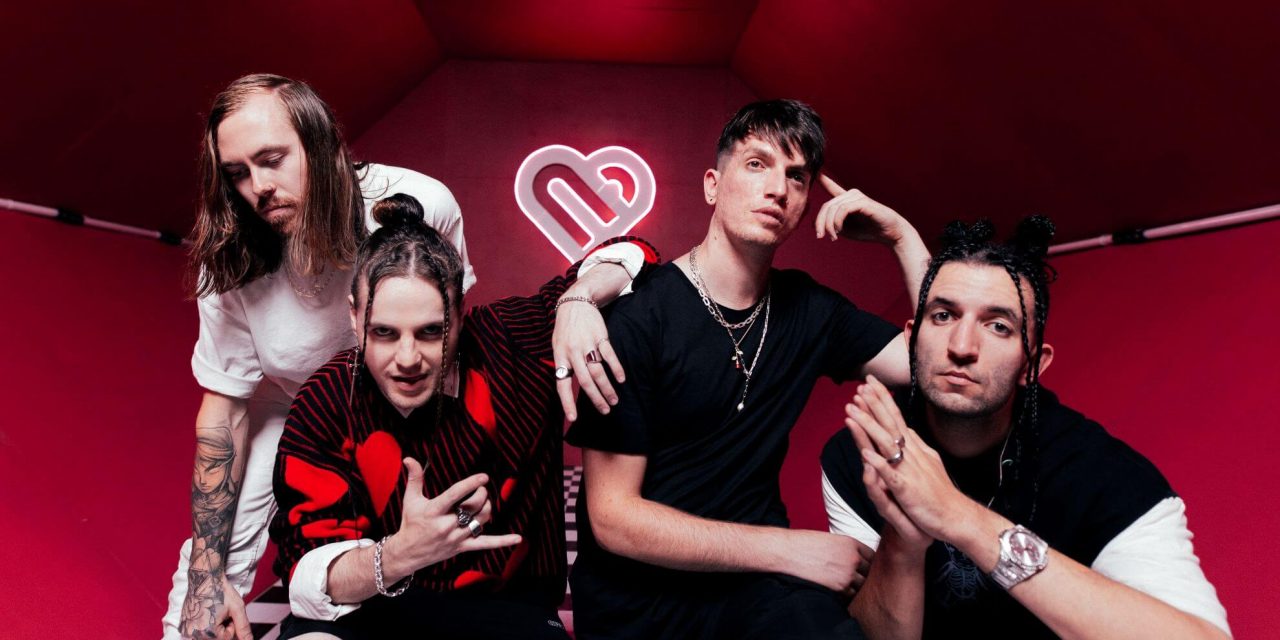 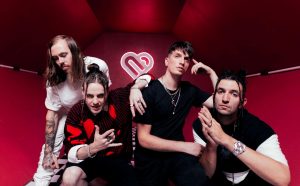 The Explosive Love Language of Windwaker

Windwaker is a dynamic up-and-coming band from Australia whose exhilarating songs are about to blast them headfirst into the hearts and minds of the worldwide music scene.  The debut full length album Love Language on Fearless Records is an explosive rollercoaster ride were super infectious melodies and multiple genres collide with absolutely stunning results.  Highwire Daze recently interviewed front man Will King via Zoom to find out a whole lot more about the amazing Windwaker and the compelling songs behind Love Language.  Read on…

Introduce yourself and tell me what you do in Windwaker.
My name is Will. I’m the singer of Windwaker. I don’t really know how to describe our genre. We’re kind of like a mis-mash of post hardcore, metalcore. I’m the singer of the project – co-songwriter. Our drummer Chris Lalic is the producer of the band, so he does a bulk of the songwriting. We’re entirely a DIY project, so everythng that we do is done within our own space and like Air BnB’s – we engineer it – we mix it – and put it out into the world. And that’s how we work.

Where are you guys from and what is the local music scene like there?
We’re originally based out of Wagga Wagga, New South Wales in Australia – complete rural area – very isolated. Not much to do here apart from play sports or get a trade 9-5 job. So, our kind of thing, we needed a better platform for the type of music we play, and we ended up relocating to Melbourne in Australia where there’s just a better scene and subculture for our type/vibe of music. And from there, that was like the launch pad for what sort of gave us our feet. And now things are starting to work out for us, and we’ve seen some success by our own definition of success. So yeah, we got out of the country, and we’re having fun and doing our thing.

Now before we talk about your new album Love Language, I want to talk about Britney Spears. Tell me about your cover of Toxic and are you a fan of Britney?
Aw dude, yeah! Love Britney! And that song is a classic. I don’t think we were ever intending on releasing it as seriously something to put on our channel or whatever. We were spit balling some ideas one night – like songs that we could potentially do in a live setting cuz we have some tours coming up – like I Prevail and Motionless In White, which is like June in Australia. And we were thinking what would be like a nice palette cleanser to people who don’t know us and they want to hear something that they’re familiar with – just to get them on board. We were like Britney Spears – universally well know! That song Toxic is a banger, so we were like we’ll track something out. So, we ended up liking the recording a lot, so we just ran with it and kept it. 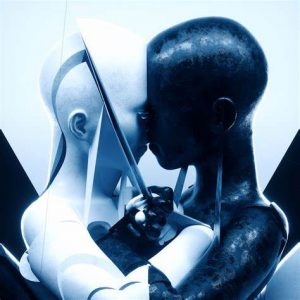 And now let’s talk about Love Language. Is there any overall story or concept behind that title? I know there’s a song on the album called Love Language…
The concept is obviously something – on a surface level you can get a lot out of it thematically. It’s not necessarily like a chronological story as such – it’s not a concept album. Just some of the themes carry over throughout the songs in reference to the period we were going through just in the pandemic and our own experiences with love. Doing music for six or seven years, we never really got a chance to indulge in our personal lives, intimacy, relationships, and all that sort of thing. So, Love Language – as a unit of music really captures and embodies that time of us experiencing that side of ourselves – which has allowed us to love ourselves on a deeper level and also love others as a result – like internal / external balance.

Beautiful is such a memorable opener on the album. Give me a little background on that song…
The story behind that song – it kind of comes from an angle of a character that’s extremely alienated – lost – in kind of a post adolescent way of finding your way in belonging. You’re just out of high school and like “what am I doing with my life? I’ve dabbled in the world and all it has to offer, but why aren’t I feeling the things that I thought I would feel?” And that song really lays down the foundations for how the album sort of transcends later on to the more liberating moments in Glow and songs like that. And also, the title track Love Language, where it takes an alienated character and goes Boom! Here’s life right in front of you. Here’s all the things you’ve been looking for – and it’s an altered perspective on what the character feels they thought was everything that life embodied.

Let’s talk about some of the other songs. Who or what are you referring to with Lucy?
Lucy – it’s more of a euphemism. Lucy is obviously a nickname for LSD. We thought it would be funny to call the track Lucy because on the surface it sounds like a love song – right? And even that chorus – “when I need you here with me” kind of thing – it sounds like the character is asking for this warm embrace from a figure. Where that’s like flipping the switch on the internal / external polarity and going like “I have all this love inside of me. Why haven’t I been chasing this within myself? Why have I been reaching out externally for these feelings when they’ve existed within me for so long?”

The song Superstitious Fantasy is intense…
That’s a whack song!

Tell me a little about that song. It’s just so imaginative and intense.
So that song is – I won’t get too deep into it because it gets a little bit political in moments and is kind of a clusterfuck of all these sounds and things going on. Superstitious Fantasy is that feeling where even if you feel like you’ve come into your own, there’s always that – and it’s primarily in social media – I don’t want to single out TikTok or anything – but you’re kind of looking at these figures who are living these imaginary lives – and maybe lives that are maybe beyond the way you stand morally or with your ethics – but there’s something enticing about the sort of Hollywood life and being a celebrity. And in consuming all of this media, you’re vicariously living through all those characters – and even though it might not necessarily be good for you, it’s something everybody’s chasing in a sense in a social level. And yeah, it’s exciting to see those figures living on yachts and having caviar every day. And that’s something – you’re chasing that – and on the other hand you’re like “fuck capitalism!” 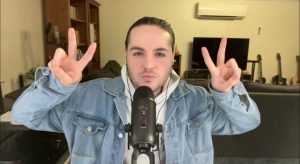 Will King of Windwaker

I am going to mention one more song and then move on. Let’s talk about Glow.
With Glow, where it’s situated on the album – from Beautiful there’s this alienated character, and then you see all these liberating moments where the character is taken out of a period of extreme control, and they’re just met with extreme chaos. There’s all these new feelings and experiences that are coming at them through manifestation – and it’s almost too much to handle. The character is overstimulated – so many different things are happening. And Glow is that period where it plateaus – and you can even hear it sonically where the album sits. It plateaus and the character finally has that settling period of like “this is who I am. I’m everything I need to be, and I know where I want to go now, and everything is finally clear to me.” After so long of trying to chase all these highs and feel everything, I’m kind of fine with the dualistic balance of “this is it! This is like a good place for me.”

Thornhill, also from Australia and who you’ve toured with in the past is currently on the road here in America. Is there any chance of Windwaker making your way to the States to do some shows?
Whoooo – we’ve had so many parties pushing for us to go to the States. Obviously, our label Fearless are situated in America. We’ve had some offers come through – some feelers. We’re just waiting for the right moment for it to make sense. So, the album comes out on May 6th, and I think we need a little more tour experience before we dive into that sort of realm of going to like “Okay, we’re an established international act right now.” But yeah, we’ll see what comes. If an offer comes through that’s undeniable great, it would be silly not to take it.

I’m going to go way back to your debut single The Charade which featured Zach Britt from Dream On, Dreamer. When you look back at that song, what do you think of it now in retrospect?
Uh, it’s definitely a song (Much laughter) It’s definitely audio waves in certain frequencies. (Laughs) Nah, I would say that those sorts of songs we did back then – because there were a lot of songs, we did during that period that just hit the bin. That was entirely a DIY song – we did that ourselves. Those sorts of songs really are entirely necessary to build the skills and production experience in order to step us up to where we are now. I mean, we’ve buried that song, but if we wouldn’t have released songs like that, then we probably wouldn’t have been confident enough to be like “Okay, our Empire EP – let’s do this ourselves. Love Language – let’s do this ourselves.” So, it definitely gave us the experience to press on. And I don’t see us straying away from the DIY aspect anytime soon. Like our bassist – he put together the recent Glow video and did the special effects and editing and all that sort of stuff. That’s definitely where we’re moving towards.

What do you hope the rest of 2022 brings for you and Windwaker?
Just more opportunities. Every single song we’ve released has presented new opportunities which translates to good moments. Like talking to the guys, we’ve already experienced and achieved more than we ever thought we would. So, everything from here on out – honestly, it’s just – and it’s a cliché – but it’s a blessing. We drop a song and all of sudden we get an email saying like we’ve got an interview with you. And all these things – it just doesn’t drop into your lap. We put a song out, and these things – it all sort of gravitates towards us. I think we just want to ride the wave this year and keep doing what we’re doing. And hopefully put out some more music towards the end of the year after the album is out and people have warmed up to us. I think in the international scene, we are relatively new – and I think we’ll follow up it up pretty quick.

Love Language by Windwaker is out May 6th via Fearless Records!

Citizen on The As You Please Tour at The Regent

The Return of the Hard Rocking Sven Gali