Into The Dark Realm of Atrium Noctis 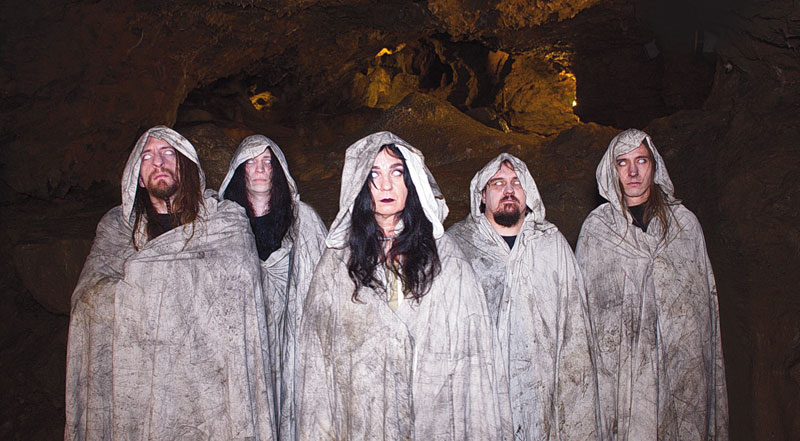 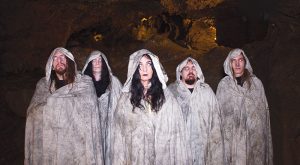 Into The Dark Realm of Atrium Noctis

Atrium Noctis is a symphonic black metal band from Germany who recently celebrated 20 years of existence within the dark realm of their auditory journey.  And to commemorate this adventure, Atrium Noctis has released a Self-Titled manifesto documenting the many highlights of their career in music.  The formation around Hydra Gorgonia went to the Gernhart Studio of Martin Buchwalter (Accu§er, Destruction, Perzonal War, Suidakra, Tankard) to let the best songs of already released CDs shine in new splendor.  Completely re-recorded, mixed and mastered for an hour of pure sonic brilliance and intrigue, fans of classic acts such as Dimmu Borgir and Cradle Of Filth will not want to miss the artistry found within the Atrium Noctis experience.  Highwire Daze recently caught up with founding member Hydra to find out more the legacy of Atrium Noctis and the unveiling of their fifth masterwork.  Read on…

Introduce yourself, tell me what you do in Atrium Noctis, and how long the band has been together.
We are ATRIUM NOCTIS, a symphonic Black Metal band from Cologne. We do not only play pure symphonic Black Metal, but we also have influences from classical and film score music besides different genres of metal. We were formed in 2002. My name is Hydra and I’m the bandleader, composer and keyboarder of the pack.

Where is the band based out of and what is your local music scene like there?
We are based in Cologne, Germany. The scene is diverse and a little bit difficult to understand. There is no real metal scene over here and we are almost the only ones playing Black Metal. There is a bigger metal scene in the Ruhrpott-Area or in the south of Germany. The music in Cologne is more based of carnevalistic themes, so we are the outsiders.

Select two songs from the Self-Titled album and what inspired the lyrics?
When we write songs, the music always develops at the same time as the story arises. When the music is finished, the story is told to the poet. He enriches it with his own ideas and gives it a lyrical shape. All lyrics are somehow thematically bound to death. Concerning death there are fears, expectations and desires.

The music of ´Zerberon’s Erwachen´ existed at first. The task was to find adequate lyrics that should have described what was called hell, underworld, Hades, Gehenna. This should have been done, as it was the claim, in a lyrical shape so that there would be a lyrical counterbalance to the threatening symphonic music. It was not asked for streams of blood or piles of dead people but images and feelings of fear, despair, death redemption, coldness and futile hope. The character of Zerberon should point out slight associations of Cerberus, the hellhound, without restricting the phantasy of the listener too much. ´Spuren Eines Wolfes´ is a simple story showing that each creature has the right to have a dignified death. The snow-covered tracks are synonymous of the slowly fading memories to the dead ones. 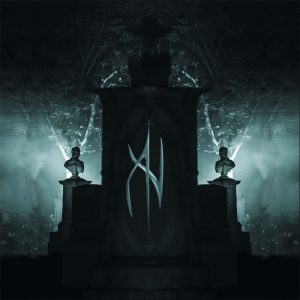 What was it like re-recording and revisiting some of these songs?
It was a great experience re-recording selected old songs with three guitars and more vocals (female) at the well-known Gernhart Studio with Martin Buchwalter (Accu§er, Destruction, Perzonal War, Suidakra, Tankard). The result was overwhelming as you can see in the reviews.

When you look back on your very first album Blackwards in 2004, what do you think of it now in retrospect?
I am emotionally struck whenever I listen to the first CD. There have been good ideas, but we have improved compositionally and musically. At that time ATRIUM NOCTIS has not been the band you know nowadays.

The keyboards are such a standout on each and every song. What is Hydra’s musical background overall?
I am a studied musician, play various instruments and I come from a musician’s house. So I have a live-long experience in music.

What could one expect from a live Atrium Noctis show?
You can expect a high energy show with a dense atmosphere. We wear stage-clothes and play the roles of our alter egos. Our show consists of light and fog effects. We abduct the audience with that intense atmosphere into the dark realm of ATRIUM NOCTIS.

What was the experience like playing at the Cologne Metal Fest V?
Playing on the well-organised “Cologne Metal Festival” was one of superior experiences. It took place in a “high-bunker” with a great audience and great bands like Pyogenesis to share the stage with. And also the sound was really great. At that time, we did not have a drummer, so we played with drum tracks in the background.

If Atrium Noctis could open for any band either now or from the past, who would it be and why?
Oh, that is easy: Dimmu Borgir and Cradle Of Filth, because their music has influenced us. We would be the perfect combination because we would prepare the audience for the dark atmosphere by our high energy.

How close is Atrium Noctis to writing a CD of all new music?
The next CD is half-finished except for the lyrics.

Are you involved with any other bands or projects outside of Atrium Noctis?
Short answer, no. Because we have regular jobs, we do not have the time to engage in other projects.

What has kept you so passionate Atrium Noctis and metal music for 20 years and counting?
It is the fascination and passion to create this unique music which comes right out of the middle of my soul.

What do you hope the rest of 2022 brings for you and Atrium Noctis?
Health is the most important thing in life and the rest will show up.

Any final words of wisdom?
Never go more than three times into the same studio for a production.

Thank you for taking the time to answer these questions! And congrats on 20 years of Atrium Noctis!
Thank you, too and all the best.

Thank you to Markus Eck at Metalmessage Global for setting up this interview!

Unwill and The Dynamic Sounds of Perseverance

Kataklysm at The Whisky – Live Photos 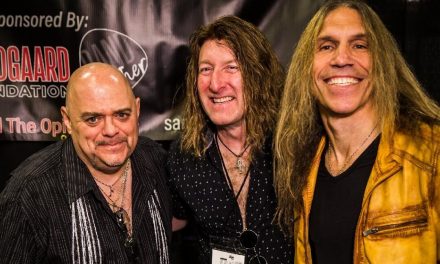 The NAMM Show Interviews with Eric Ragno of Khymera, Pete Fry of FarCry, and Jack Frost of Seven Witches

The Church at The Fonda Theater