The Higher: Return To Wonderland 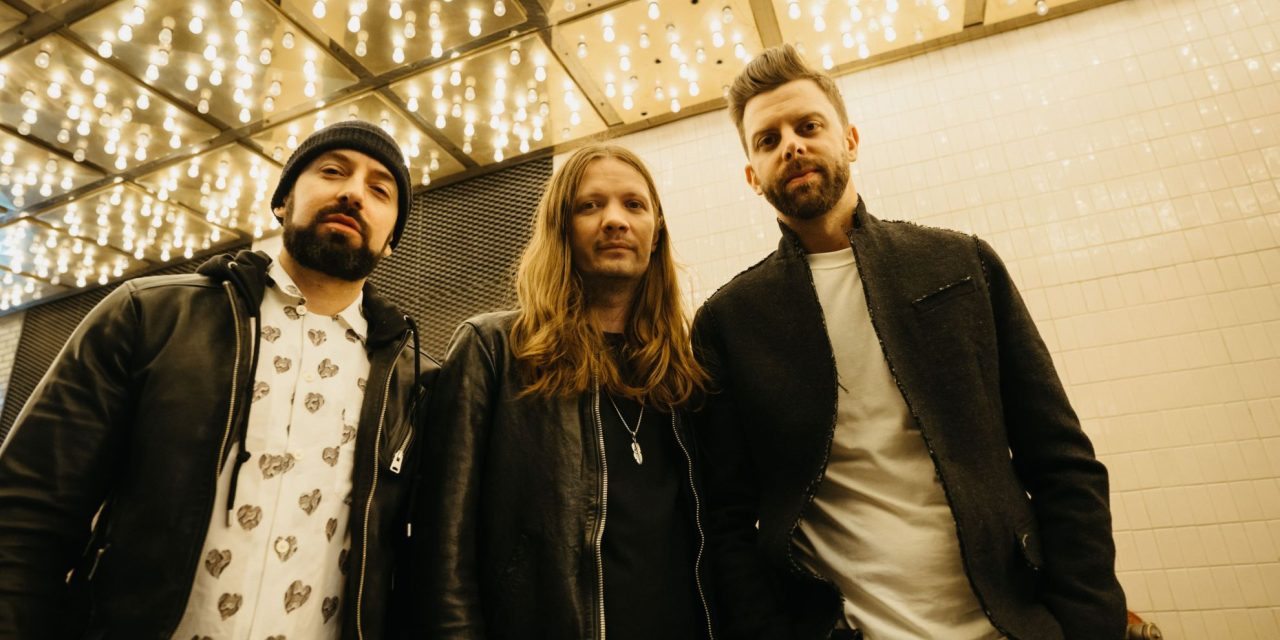 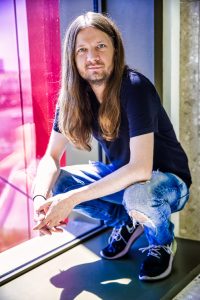 Seth Trotter of The Higher
Photo by Jack Lue

The Higher: Return To Wonderland

The Higher rode the wave of pop-rock stardom in the early 2000’s after sharing the stage with emo greats including Panic! At The Disco, Taking Back Sunday, Motion City Soundtrack, Silverstein, and more.  With three standout albums and an EP about to celebrate about to celebrate it’s 20th Anniversary, The Higher toured all around the world making a name for themselves.  The band would break up in 2010 after a tour of Japan, but ten years later, The Higher has returned and are ready to pop rock your world once more.  Elvis In Wonderland is the name of the new EP, and the band is now ready to hit the road.  Their upcoming tour with Anarbor will include a local stops at the House Of Blues in Anaheim on November 4th and The Roxy in West Hollywood on November 6th.  Highwire Daze recently went to the wilds of Las Vegas, the hometown for The Higher, to chat with vocalist Seth Trotter to find out more about their return to the wonderland of making music again.  The interview was conducted in a Starbucks at Psycho Las Vegas in the midst of all things Mercyful Fate and Emperor.  Read on…

We’re here with Seth from The Higher at their hometown in Las Vegas. First of all, give me a little background on your new single Free Ride. Tell me a little about that song and the inspiration behind it.
So Free Ride is one of those uplifting anthems but it’s about something a little bit more negative. It’s kind of about somebody who’s just wasting your time and keeping you at bay, but giving you just what you need enough, but not all of what you need. Free Ride is just kind of the idea of letting all of that go and just doing your own thing. A lot of our songs are usually written about relationships and things like that, but this was actually a collaboration between our bassist, our guitarist and our producer – where they all kind of had this idea what the song was about – and then each of them took a verse and kind of wrote their own experience – and it ended up being a collaboration of three different people’s experience all in one song. 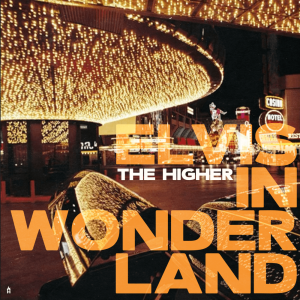 Elvis In Wonderland. A lot of people think Vegas is a Wonderland. You’ve lived here all your life. Give me your comment on that.
That is exactly what it is about. We’re all pretty much born and raised in Las Vegas – and so we know the hype of Vegas. When people come here, they come here to have a good time. But when you live here, it’s kind of a little bit different of an experience. The Wonderland is Las Vegas for sure. And Elvis is a representation of what Vegas is – old Vegas and even new Vegas.

How much did the pandemic influence the way you recorded, if at all?
100 percent. It was really The Higher was broken up and we were all doing our own thing. And then when the pandemic hit, most of us had written songs or had ideas. And once the pandemic hit, it gave us all the free time that we needed to be able to meet up collaboratively. We have our old guitarist Tom Oakes, and our old bass player Jason Centeno were actually able to write with us – so it made it to where it was our exact original lineup – which was also with myself, Robert “Reggie” Ragan – and that’s the original four for The Higher. And so, it felt natural – it felt like the whole group was back together again. We made demos – enough for a whole album – but then we were like “Alright, these are too good not to release.” So, we found the right producer which was Mike Pepe – and he recorded the EP – and we’re just taking it from there.

I can’t believe The Higher is back.
Neither can I, to be honest. It wasn’t our set plan to be back this year. It just ended up that we had songs – we wanted to release it – and it turned into more than we had anticipated – especially with the fan response. We didn’t realize so many fans were excited to hear new music and to see us play again.

Speaking about playing again, you have some dates coming up with Anarbor – which includes Furnace Fest and The Roxy in Hollywood. What are you looking forward to the most about these upcoming dates?
I’m just looking forward to seeing some of the old fans and then maybe making some new ones. I’ve known Anarbor – we’ve played with them way back in the day. It’s going to be fun to play with the boys again. We’re just out there to have fun. For us, it’s one of those things that we miss playing music live as an original band.  I do a cover band here in town, so I do a lot of music still, but it’s not original. So, it’s just fun to jump back into that mode and just have fun with the old fans. 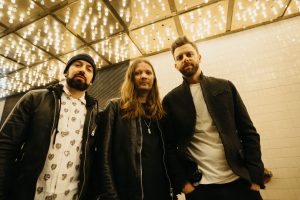 Tell me about your cover band.
I do a cover band here in Vegas and we play all over the place. We were at Stratosphere last night. Our cover band is The New Retros – it’s a guy-girl group – so I have another girl singer, and we do Top 40 stuff.

The cover bands are where the money seems to be at these days.
That’s where we can play in Vegas and stay in Vegas. That keeps me singing all the time. Then it’s just fun to have these new original shows to where I can go back to The Higher songs and play stuff that I really love.

The 20th Anniversary of Star Is Dead is next year. How does that make you feel and what do you think about the EP in retrospect?
On my God! Old! It definitely makes me feel my age. It’s crazy to think that it’s been 20 years since then. But it’s awesome! Star Is Dead is the very first EP The Higher ever put out – and it was actually dedicated to our guitarist’s brother who had passed away at the time. So that’s where we got Star Is Dead from. It’s very symbolic and it’s crazy to think that it’s been 20 years!

It really feels like yesterday, doesn’t it?
It really does. Time flies when you’re having a good time.

Prior to the new single, you released a cover of Bye Bye Bye by NSYNC. What were you doing those entire previous ten years?
We were all doing our own thing. Some of us just finding different places to live. Some of us have now spread out to Nashville, Seattle, New York – all these different spots. We actually recorded that with Mike Green when we recorded It’s Only Natural. So, it was recorded and sitting in the vault. At that time, we were like letting people know, “Hey, we’re working on new stuff, but here’s something to hold you over.” What’s a great story about that is – two days ago, Chris Kirkpatrick from NSYNC added me on Instagram! And he was like “I heard your cover. It’s amazing! Great job!” And then he checked out our new single Free Ride. So hey, anything a member of NSYNC is listening to is cool with me!

What made you decide that it was now the time to pursue The Higher again?
You know, so many bands in our genre right now are doing stuff, so missing the opportunity to play with our old friends is something we didn’t want to miss out on. We definitely miss playing and we miss the fans, so it just seemed like the right time. We had new music; we had all this stuff happening – Covid – that allowed us to take time and write and step away from our jobs – so this was the right time. And now we’ve found time to tour and to play for our old fans, so it’s good times. I’m excited about what’s to come.

Do you have any messages for The Higher fans who are reading this right now?
Be sure to add us on our platforms, which is Instagram, TikTok, Facebook – all that stuff – so you’re aware of when we’re going to be around. Were definitely doing some touring in November and we’re doing the Furnace Fest, but we’ll be playing a lot more in this New Year. We’ll probably being doing a few more tour and a few more dates, so all the kids who aren’t getting to see us this year that are like “Come to this town! Come to this town!” Make sure you hit us up and let us know where you want us next so we know we have fans there and that we can get out there and see them.

The Higher is back!
We are back! 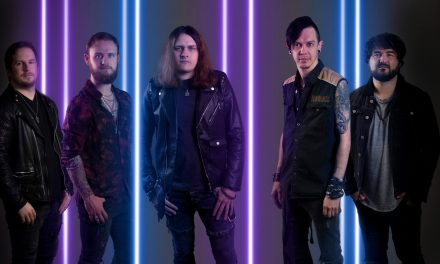 On A Journey To ATLAS: Heartfelt AOR from The UK