Billie Eilish Announces Happier Than Ever The Hometown Encore 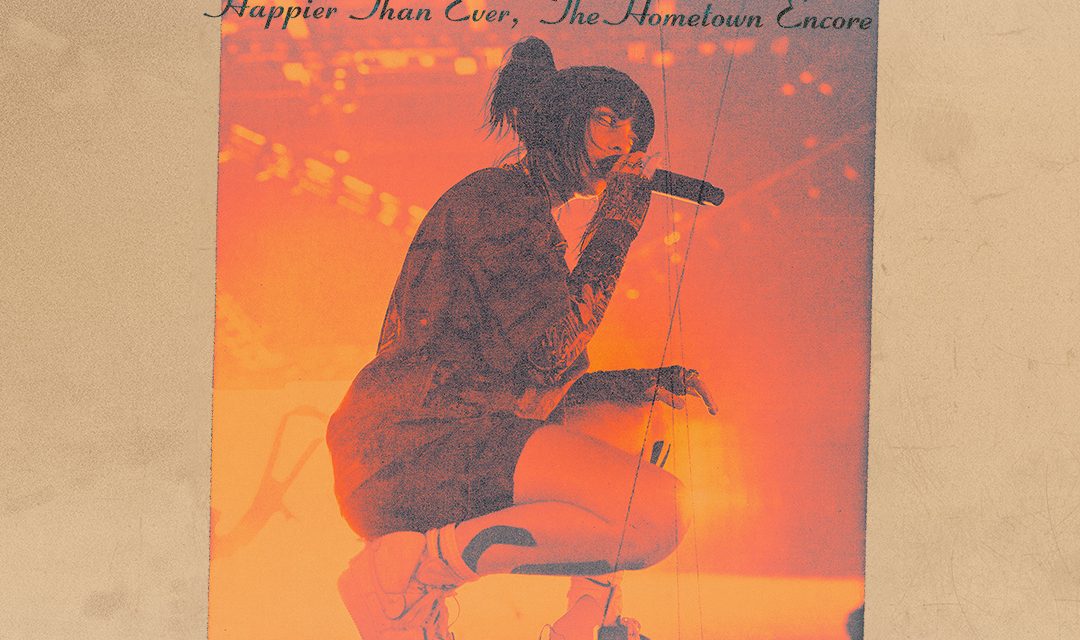 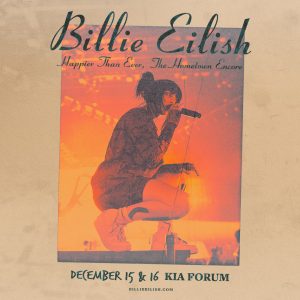 BILLIE EILISH ANNOUNCES HAPPIER THAN EVER, THE HOMETOWN ENCORE

Public On-sale Begins Wednesday, October 26 at 10AM PT on BillieEilish.com

Today, Academy and seven-time GRAMMY Award winning artist and songwriter Billie Eilish announced two special hometown shows – Happier Than Ever, The Hometown Encore – as a celebration to her highly successful global tour this year. Produced by Live Nation, the 2 shows take place this December 15th and 16th at the Kia Forum in Inglewood, CA.

TICKETS: To ensure tickets get into the hands of fans, the tour has partnered with Ticketmaster’s Verified Fan platform for these shows. Fans can register now through Sunday, October 23 at 11:59pm PT HERE for the Verified Fan presale. Registered fans who receive a unique code will have access to purchase tickets before the general public on Tuesday, October 25 at 10am PT though 10pm PT. Remaining tickets will go onsale Wednesday, October 26 at 10am PT at BillieEilish.com.

About Billie Eilish
With the release of her sophomore album Happier Than Ever’ debuting at #1 in the Billboard 200 in the U.S. and in 19 countries across the globe, the 20-year-old Los Angeles native remains one of the biggest stars to emerge in the 21st century. Since the release of her debut single “ocean eyes” in 2015, Eilish continues to shatter the ceiling of music with her genre-defying sound. Fast forward from her humble breakout, her album WHEN WE ALL FALL ASLEEP, WHERE DO WE GO? also debuted at No. 1 on the Billboard 200 in the U.S as well as 17 additional countries around the world upon release in 2019, and was the most streamed album of that year. Both album’s were critically acclaimed worldwide and were written, produced and recorded entirely by Billie Eilish and brother FINNEAS. Billie Eilish has made history as the youngest artist to receive nominations and win in all the major categories at the 62nd GRAMMY® Awards, receiving an award for Best New Artist, Album of the Year, Record of the Year, Song of the Year, and Best Pop Vocal Album, and is also the youngest artist to write and record an official James Bond theme song, ‘No Time To Die,’ which won an Academy Award for Best Song this year. Billie Eilish is currently on her sold-out arena world tour. 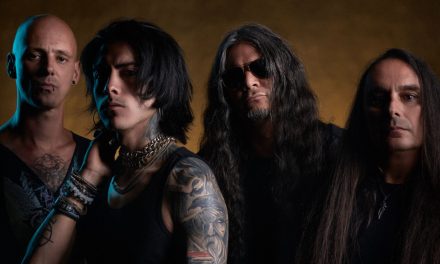 Lacrimas Profundere: In A World of Mystery and Darkness