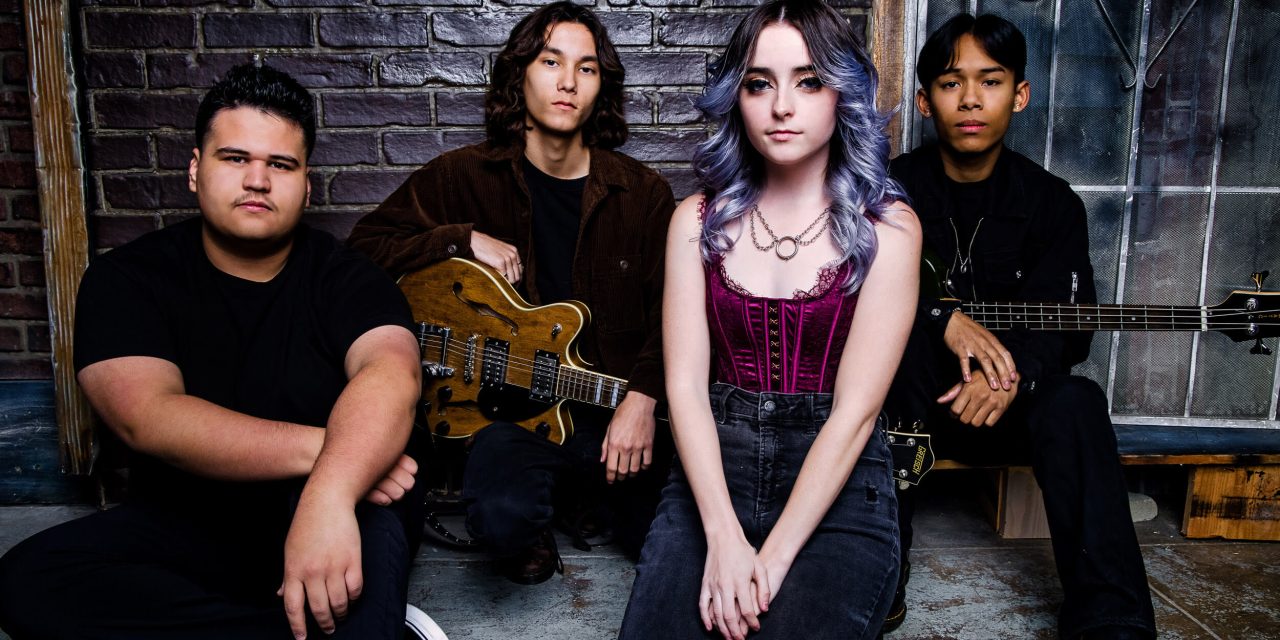 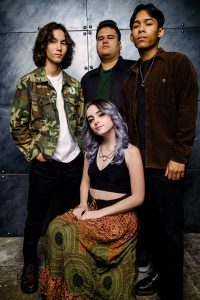 Minor Strut is an independent, alternative rock band from Southern California ready to take on the world.  The band has played at legendary venues such as the Whisky on the Sunset Strip and the massive Grove of Anaheim.  They recently released a brand new single entitled State Of Mind and are ready to rock into 2023 and beyond!  Minor Strut recently did a photo session with the legendary Jack Lue at Dystopian Studios deep in the heart of Downtown LA.  Highwire Daze caught up with vocalist Coryn Cahill right after the shoot to find out more about this amazing band on the rise.  Read on…

What do you think of the local Los Angeles and Inland Empire music scenes?
It’s been really cool, because every time we come back, it’s something different. We’ve seen some really awesome artists like Chrome Rhino – just local bands that show something unique to the scene – as well as a personality and a persona – how they perform. It’s really exciting to walk in and meet new people.

Let’s talk about the brand-new single State Of Mind. What is the inspiration behind that song?
I would say the inspiration behind State Of Mind is independence as a person – it’s talking about struggling. Everybody has their own version of that. So, I’m just writing about my own process of struggling and how my mind is when you’re dealing with anxiety – the shakiness – the quick thinking – the quick decisions you have to make when you’re in a serious moment. It’s about very serious moments in our lives. 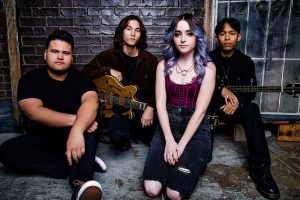 And select any other Minor Strut song and what is the inspiration behind it.
I would say that My Youth is another interesting song that I really enjoy talking about, because it’s about us growing up in the music industry as kids. I enjoy it because I teach music now and it’s really fun to talk about. We’re like right at the age group – we still live with our parents – we’re kid/adults. So, it’s about wanting to grow up and sometimes wanting to grow down and be a kid again.

What was the experience like performing at the Whisky A Go-Go on the Sunset Strip?
The whole Sunset Strip – it has a place in my heart, because it does for a lot of people – so whenever they come there, there’s just a sense of “I’m in my happy place.” Whenever I invite other people, they go, “Oh, the Sunset Strip! I used to roadie here! I used to do this back in the day!” It’s really cool to meet other people who experienced it differently. We go to the shows and it’s a ball! The whole room is filled to the brim with excitement! So, it works – it’s fun! 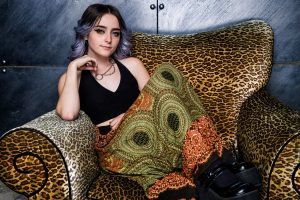 If Minor Strut could open for any band either now or from the past, who would it be and why?
That’s an interesting question, because we all have different people that we are heavily inspired from. I would say one is Foo Fighters because the boys have always loved the Foo Fighters. Grohl, Hawkins – that would be amazing to the boys opening for them. I would say 311 would be really cool! We all love them as a band.

You just did a photo session with the legendary Jack Lue. What was that experience like?
Jack was really cool to work with. We were switching things up really quickly, so we got a lot of different shots. We enjoyed that because the variation is cool. It was very cool experience. We all had a good time. It was fun!

What’s up in the New Year for Minor Strut?
We just released State Of Mind – we were talking about that. But just releasing more videos – getting more footage out of what we’re doing right now. Getting more music out and recording. So yeah – we’re just performing and releasing and grinding.