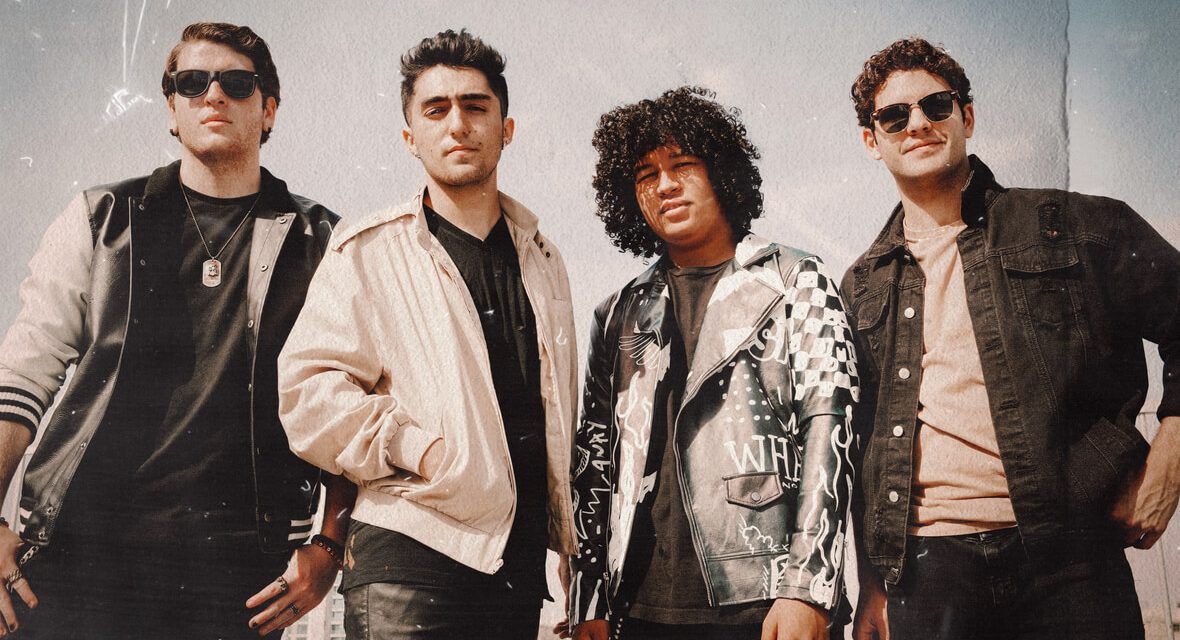 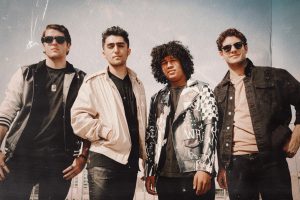 Slaves To Humanity announced that they will be playing a string of shows in Washington in January, 2023.

“I’m really excited. It’s gonna be extremely refreshing. I absolutely love Seattle, and I cannot wait to show our music to a new crowd. It’s a little scary, but the excitement outweighs any fear I have! ” says Aidan Amini.

Shane Ryan adds, “Going on tour is one of the main things I’ve been looking forward to doing since I started playing drums, and now that we’re actually going to make that dream a reality is super surreal for me. This is going to be just the first of many tours we will be going on as a band and it’ll definitely be one to remember.“

“I’m looking forward to it. There’s something about being completely on our own that feels like a necessary stage in our journey. A little scary? Exciting? Definitely a bit of both,” comments Nathan Johnson.

Pierce Akers also comments,”I’m excited but definitely nervous because I haven’t done anything like this, but this is definitely something that needs to happen for us to move on this musical boat.“ 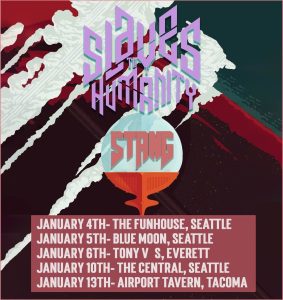 Slaves to Humanity (STH) is a Sunset Grunge band from Orange County California. It’s members include Aidan Amini on vocals, Pierce Akers on guitar, Shane Ryan on drums, and Nathan Johnson on the bass. Together the band mates create a sound like no other, mixing the melodic guitars of the late 80s era hard rock bands, and the lyrics and vocal sound of the 90s grunge era, as well as throwing modern rock elements all around.

In 2019 they released their first single “BATTLEGROUND” which had success in radio stations and streaming platforms alike. Following this release, during the Covid 19 pandemic, the band released “Behind My Back” which showed even more success. Both singles were the most requested song on KLOS and received heavy rotation on that major radio station for many months throughout the pandemic.

The band appeared on Episode 2 and Episode 10 of the show NO COVER – (The only Music Competition show w/ unsigned artists performing original songs). 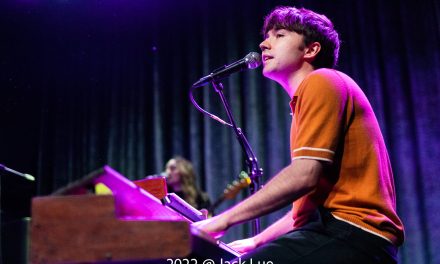 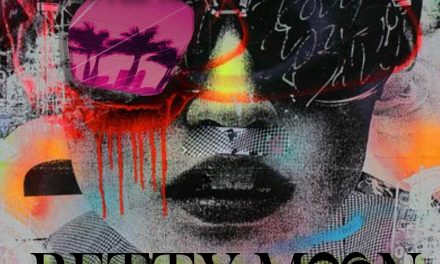 The Rock Against MS Interviews: Carla Harvey of Butcher Babies 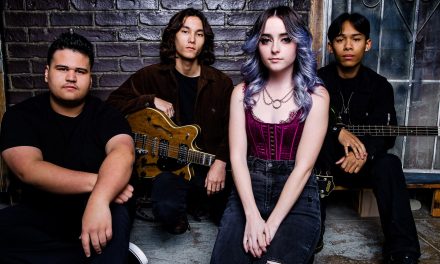