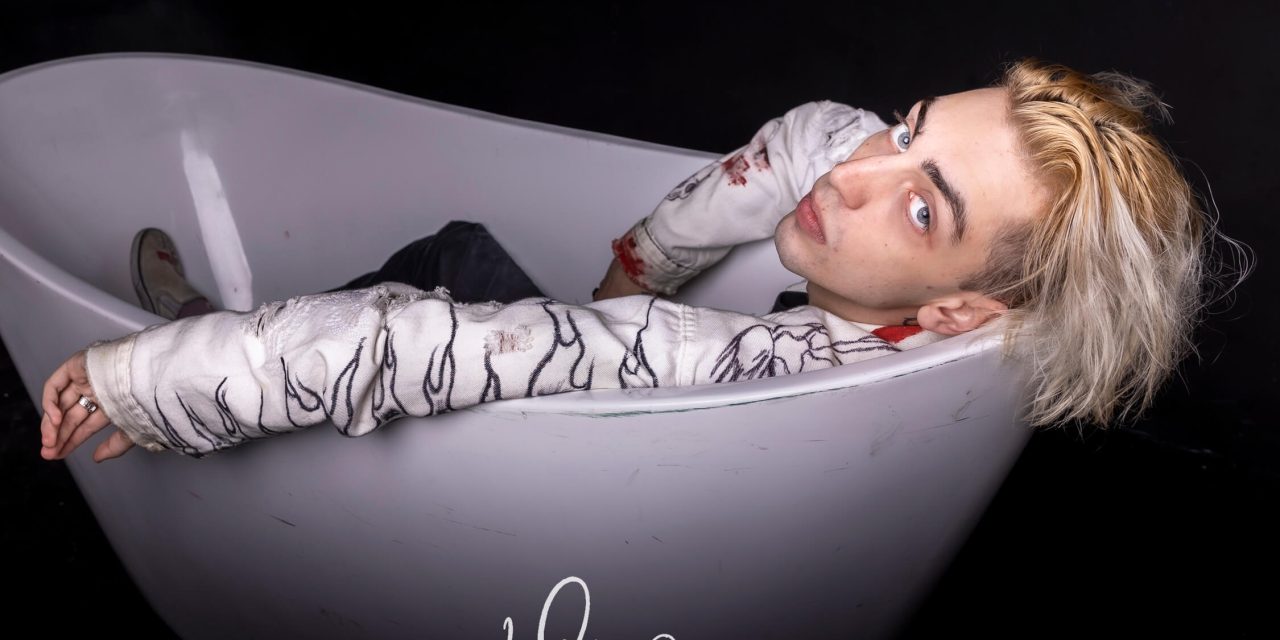 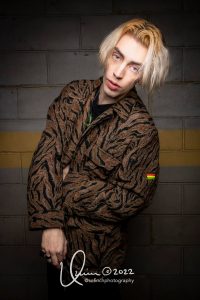 fakemattress present an ambitious work of pure sonic artistry, unveiling an auditory darkness that will intrigue the senses and set the imagination in flight.  Created by a musician who goes by the name of Mattress, fakemattress recently released a full-length album entitled Fever Dream – and it’s a gripping sensory adventure that should enrapture all types of music fans.  Where punk and grunge collide in the dead of night, the art damage reveries found at the scene of the crime would be the brilliant compositions of fakemattress.

Highwire Daze recently conducted an interview and photoshoot day at Dystopian Studios deep in the heart of Downtown LA. and invited fakemattress over to participate.  Before the session with Vivian Ortega of So Finch Photography, fakemattress sat down for an interview to discuss the visions of Fever Dream, his art expanding above and beyond music, plans for 2023, and other topics of interest.  Read on…

We’re here with Mattress of fakemattress. First of all, tell me how the Fake Mattress project started and how long you’ve been doing it.
So fakemattress is a solo project that I created about a year and a half ago. I was playing in bands for most of my teenage years, and most of them fell through. People are very flaky nowadays. It’s very hard to hold a band together. So, I decided – you know what – I might as well try to take on the mantle myself. See what I can do. Make some waves. The name fakemattress comes from – well, my name is Matt and growing up my nickname was just “Mattress” – people just used to call me that as a joke. I wanted something in front of “Mattress,” and I saw people on Instagram had like “Official” blah-blah-blah or “Real” blah-blah-blah. So okay, I was going to take that and make it “fakemattress.” It’s also a play on how I feel a lot of people – especially in L.A. – a lot of people be putting on facades just to get clout – attention – and trying it make it – they don’t have real personalities and it’s all just fake – it’s all a façade. 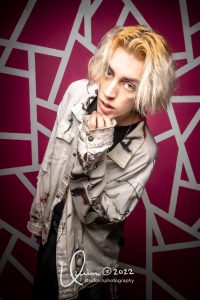 Fever Dream – is there any overall story or concept behind that album title.
The name Fever Dream is pretty much an acronym for the past year and a half of fakemattress and moving out to L.A. It almost felt like a dream. That album is pretty much just like my life and experiences in audio form.

We All Burn The Same – tell me a little bit about that song and the inspiration behind it.
That was a really funny song to make actually. It was very experimental for me. I grew up playing punk rock – Melvins, Black Flag, hardcore punk, grunge. But I was messing around on Logic one day, and just came up with that bass line. And I was like “this is kind of groovy” – kind of like a night club dance rave type song. It’s almost a rip off of a Billie Eilish song – almost – not exactly.

Shared Trauma – tell me about that one.
Ohh, that was actually one of the first fakemattress songs I ever made. I produce all the music myself, and that was one of the first ones I ever made. And that was back – I lived in New Jersey and my studio was a bathroom completely stripped of everything – sink – toilet – it was just an empty room. And I just recorded the guitar in the bathroom – no sound proofing or anything. It has this very dreary, melting feeling. I feel that comes from the ambient sound that was in that room.

Select any other song you’d like to discuss from Fever Dream.
I’m going to go with the third track – it’s called Alyssum. Most people mistake it for Asylum. It’s an easy mistake – I get it – but again, that was one of the first ones I made that kind of defined my sound with that dreary, dystopian trip-hop grunge. I feel like it’s this crazy blend of genres that hasn’t been touched upon too much – and that’s definitely one of my favorites on there. 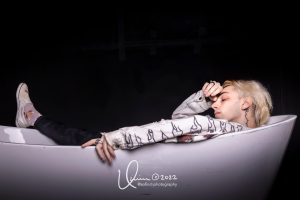 Your videos are very psychedelic and cinematic – definitely a bold extension of your music. How much input and inspiration do you have on the creation of these videos?
It’s a really fun process, especially the past few ones I’ve made – because I’ll have a videographer shoot the video for me – I’ll have a basic idea for what I’m trying to do. I create all the visuals mostly myself. I have an editor that I will send all the clips to, and I’ll send him renders of things I’ve drawn and painted and scanned and put into jpegs or pngs – they could be gifs. I’ll send them to him, and he’ll just sprinkle them in. I like to let him do his thing – we’ve worked together a few times now. My videographer is 4ngelr0t. Yeah, it’s a really fun collaborative experience. We all have a very similar vision of what we’re trying to do.

Regarding clothing design – do you design your own merch and tell me about the art behind it.
I do. I paint, I draw – I’m very artistic. One day I decided – I took a blank t-shirt and I’m going to paint on this instead of a canvas or piece of paper. I just had fun with it. And somebody wanted to buy it – I sold it to him really cheap. But after that, I decided instead of painting on a canvas, I’ll just paint on fabric – on a t-shirt – on a jacket – and people like it. I like to do one offs. I like to do one of ones. I want to get into screen-printing – eventually I’ll do that.

You’ve played live a few times. What could one expect from a live fakemattress show?
A lot of energy. It’s very back and forth with the crowd. I’m trying to create a very lively experience. Even if you’re not in it, I’m still going to look you in the eye and I’m going to give you all I am and you’re going to be a part of it – because you’re there in person. Did you come to a show to sit still? Maybe. Did you come to my show to sit still? No. 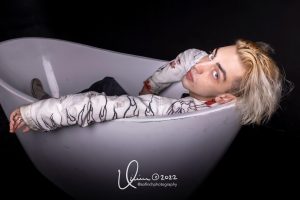 If fakemattress could open for any band or artist, who would it be and why?
I would have to give you a few. I would definitely love to do a show with a lot of older 90’s bands – grunge bands – Nirvana obviously. I would love to play with Deftones. I’d love to play with Lil Peep, King Krule, even Portishead. I know with Portishead there’s very rare live performances out there, but that would be an insane collab.

And what do you hope the New Year brings for you and for fakemattress?
Honestly, just more growth – more expansion. Everything’s going good. It’s a very gradual process. Things take time. But 2023, fakemattress is really going to make some waves… 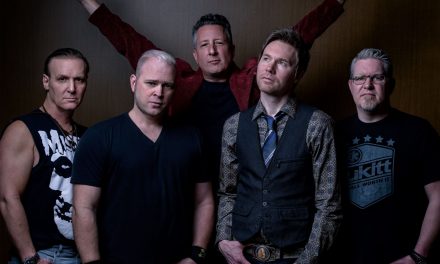 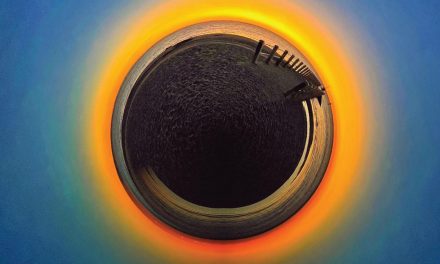 Days Like These by Phil Martin’s Drive (MR Records)