John 5 and The Creatures at The Whisky

One of Rock and Metals most profound and incredibly talented musicians, John 5 performed a stellar set at The Whisky on 3/17/2017.

John 5 and the Creatures is the diverse and musically masterful side project of John 5, who is most notable as lead guitar for Rob Zombie. John 5 is touring in support of his album “Season of the Witch” that includes the recently released singles: “Behind the Nut Love,” “The Black Grass Plague,” and “Hell Haw I.G.R.”

John 5’s live performances have been revered by both metal and rock fans. They describe it as a mind blowing experience that showcases John’s musical abilities using an eclectic mix of playing styles. Joining John 5 are Ian Ross on bass and Logan Nix on drums.

John 5 and The Creatures – Photo Gallery by Joe Schaeffer HERE!

(Review and Photos by Joe Schaeffer) 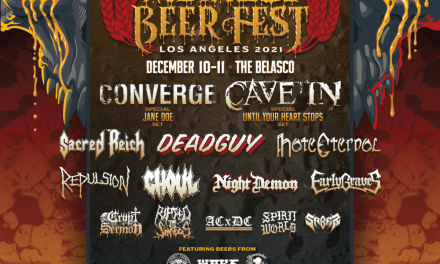 The Darbies at The Whisky – Live Photos