Vigil Of War and Diamante at The Whisky

Alicia Vigil from Vigil Of War

It was Fight Like A Girl Night at The Whisky, an event featuring all bands fronted by female vocalists.  And on this very special night, participants would include some of the most exciting bands on the local Los Angeles music scene today, including the likes of Diamante, Vigil Of War, MSCW, Seven Day Sleep, Prism Bitch, and The Bad Apples.

Diamante was beginning a tour which would go up through the Midwest and feature support dates with the notorious Steel Panther.  MSCW set The Whisky ablaze with a blazing performance and would announce their own upcoming road trip with Of Mice & Men and Blessthefall in the New Year.  Vigil Of War had plenty to celebrate as well, including the veiling of a new lineup and the release of their independent debut EP entitled Bite The Bullet, which was produced by Kevin Thrasher of Escape The Fate.

It was terrific to see Fight Like A Girl Night so well attended, with many of the fans staying for the entire show, supporting their favorites as well as discovering new bands in the process.

Highlighted are two of the bands Highwire Daze Online caught up with on this gloriously memorable night on the Sunset Strip.

Diamante at The Whisky

Diamante Azzura is an up-and-coming recording artist and songwriter from the Los Angeles area whose absolutely fierce stage presence and powerhouse vocals are wondrously intriguing.  Now signed to the Eleven Seven record label and ready to take the nation by storm, Diamante unleashed a dynamic selection of tunes that sent the venerable walls of The Whisky spinning.  Opening with her recent single Haunted from the upcoming album Coming In Hot, Diamante and her band were burning up the stage with a sweltering intensity.  Tunes that really set the imagination in flight included Bite Your Kiss, Sleepwalking, and War Cry.  Another dazzling highlight of the set was when Diamante launched into an all-out raging version of the Skid Row classic Youth Gone Wild.  Included within the membership of the Diamante band is Trev Lukather, whose amazing guitar work surely did his famous dad from Toto proud.

Diamante closed out their rapturous set with the anthem of the evening – F.L.A.G. aka Fight Like A Girl, presenting the entire band at their most ferocious and captivating.  Diamante is ready to rock your world in an epic way, so be sure to catch this massively talented vocalist and her band the next time they show up to rage in your town.

Vigil Of War at The Whisky

Vigil Of War is an exhilarating collective that will have you thoroughly enraptured from the start of the set all the way through to the sizzling grand finale.  Fronted by the vibrantly charismatic Alicia Vigil, this Los Angeles based outfit was been receiving a good amount of attention – not only do they have quite a presence on social media, but this battalion of seasoned musicians has the sonic artillery to back it all up.

Singing with a massive amount of passion and urgency as well as delivering a devastating low end on bass, Alicia’s performance was mesmerizing to behold.  Ms. Vigil unleashed the absolutely fiery vocals into a microphone that was cleverly shaped as a shotgun.  In addition to the exhilarating performance of  Ms. Vigil, each and every member of the Vigil Of War army waged an auditory battle that was nothing short of triumphant.  Vigil Of War’s longtime co-conspirator Shane Taylor excels tremendously in both the guitar and bass department.  London Mckuffey of Farewell, My Love made his debut with Vigil Of War, injecting imagination and skill into the songs with his axe work.  And then there was drummer Elias Green, the bad ass from Moscow, also making his debut with the band and slamming it way out of the confines of the Whisky A Go Go.

Songs such as War Inside My Head and Stitch Me Up were supremely intensive, gaining the undivided attention of The Whisky crowd.  Vigil Of War’s weaponry included two blistering covers – The Sweet’s Fox On The Run and Alice Cooper’s I’m Eighteen.  Vigil Of War closed out their set with a thrilling rendition of their EP’s title track Bite The Bullet, featuring the onstage participation of shredder extraordinaire Kiki Wongo.  (Editor’s Note: Alicia Vigil and Kiki Wongo were in She Demons together – a band that was managed by the legendary Jerry Only of The Misfits!)  Bite The Bullet is an empowering rock and roll song – an absolute standout when unleashed live!  Expect to see a whole lot more of the amazing Vigil Of War as they proceed to conquer the planet within the New Year and beyond…

Kobra And The Lotus and Granny 4 Barrel at 1720 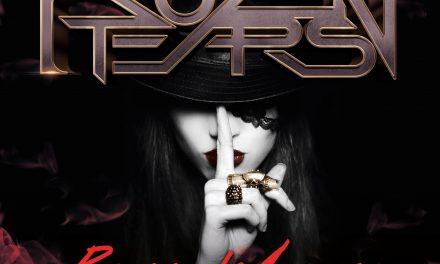 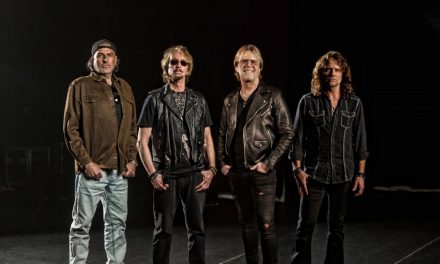