The Babys and Electric Caravan at Saint Rocke

John Bisaha and Wally Stocker of The Babys

Christmas time was over but the there were many more auditory gifts to be enjoyed within the final week of the holiday season. Right smack in the middle of December 25th and New Year’s Eve, the legendary Babys were in town to rock your world with their iconic anthems. Included on the short West Coast jaunt would be a stop at Saint Rocke in Hermosa Beach, where fans of The Babys would be able to see the much revered collective within a very intimate setting. And what a packed house it was, with audience members ready to enjoy the classic cuts from the past as well as impressive newer material.

And if the night could not become any more exhilarating, the opening act Electric Caravan featured the one and only Jesse Damon of Silent Rage fame. This one-two punch of rock and roll would be absolutely irresistible, and those who made it within the hallowed walls of Saint Rocke on a chilly Thursday in Southern California would be in for an extraordinary concert of epic proportions!  The heat was on and both these bands set the night on fire!

Electric Caravan took to the Saint Rocke stage just after the breakfast hour of 8PM, and proceeded to enrapture the house with their own dynamic brand of hard rocking blues. The power trio definitely gained the undivided attention of the early arrivals. Jesse Damon presented an absolutely scorching performance on lead vocals and guitar, singing the blues with an exhilarating amount of skill and conviction. Chris Tanori on bass supplied a devastating low end, unleashing the intricate grooves with a stylish perfection. And then there was drummer Kurt Markham, driving it all home with a professionalism that was downright impressive!

One of the many highlights from the set was when Electric Caravan unveiled their trademark tune Barefoot Blues, a song that has seen a bit of radio airplay and captivates the senses when performed live. Those who wanted to hear a few songs from Damon’s solo material were treated to spiraling renditions of Let It Slide and You Got Me Rockin’ – both featured on Jesse Damon’s Southern Highway magnum opus and now available from Perris Records.

Electric Caravan has won Best Blues Band in 2012 at the South Bay Music Awards, and their Saint Rocke performance cemented the fact that these resourceful musicians know how to deliver the goods in a powerful way! Here’s hoping we hear a whole lot more from Electric Caravan in the New Year! Watch from our interview with Jesse Damon and Electric Caravan – coming soon to Highwire Daze Online!

The Babys at Saint Rocke

It was now time for the main event, and The Babys presented a two-hour extravaganza, showcasing songs from a vast and brilliant career. Opening with the almighty refrains of Midnight Rendezvous from their classic Union Jacks entreaty, The Babys proceeded to dazzle their crowd with their exhilarating songs and vibrant musicianship. In this present day, The Babys are at the height of their creative energies, with memorable songs and a rock and roll show that tantalizes the senses. The sonic goodness and sheer excitement exuding from the stage was positively ravishing, with The Babys’ playing their hearts out and the audience singing along and showing a glorious appreciating for this legendary collective.

Founding member Wally Stocker is an absolutely genius on lead guitar, presenting a wall of sound that is inspiring and compelling. Tony Brock is also from the original lineup, and what fire and intrigue he displays with his wondrously skillful drum presentation. John Bisaha is a vibrantly charismatic front man and bass player, transporting The Babys legacy with a glorious amount of passion and reverence. Joey Sykes colors in the tunes with a dynamic precision on guitar while Francesco Saglietti embellished the songs with his superb keyboard interludes. And what a grand and glorious performance The Babette’s unveil – with Holly Bisaha and Elisa Chadbourne providing exquisite and highly energetic backing vocals.

The favorites from all six of The Babys’ albums kept on arriving – Isn’t It Time, Darker Side Of Town, Back On My Feet Again, Every Time I Think Of You and so much more! Two songs from their recently issued I’ll Have Some Of That album were also delivered – See You There and Sunrises & Goodbyes were very well received by the Saint Rocke audience. It was also announced from the stage that Timeless –Anthology II was just about completed and would be released within the New Year – featuring re-recordings of all The Babys’ fan favorites as well as some brand new songs!

The time to rediscover The Babys is now! With a fantastic lineup and a dynamic live show, The Babys are primed and ready to present to their fans the performance of a lifetime! Be sure to check The Babys out February 9th at The Rose in Pasadena or February 10th at The Canyon Club in the wilds of Agoura Hills! 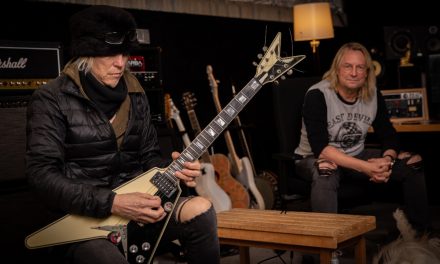 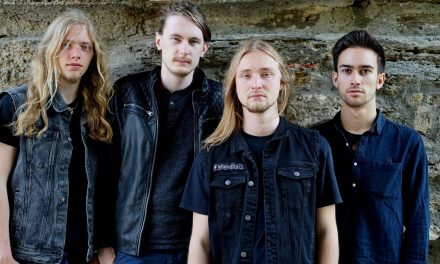 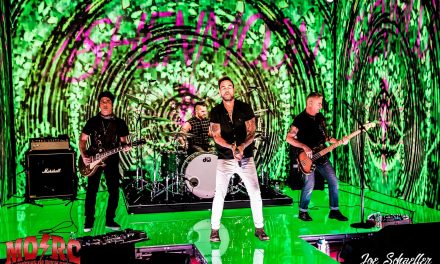