Royal Distortion and Vigil Of War at The Viper Room

Arriving on the scene to give pop rock a glorious kick in the behind, Royal Distortion unveiled exhilarating selections such as You’re A Mystery and Going Down To California within their triumphant set. And for those in attendance hoping to hear entreaties by the Barb Wire Dolls, Royal Distortion presented an inspiring rendition of Desert Song from their critically acclaimed Rub My Mind manifesto.

Isis Queen is an absolutely captivating performer – comparisons to iconic superstars such as Debbie Harry and Cher may abound, but Isis Queen maintains a passion and versatility that is infinitely original. Once you are able to tear your eyes away from the absolutely charismatic Isis Queen, you’ll discover the massively talented Royal Distortion band mates and their dynamic contributions to the rock and roll crusade. Pyn Doll is a true revelation on guitar, infusing the songs with a glorious sense of shred, atmosphere, and conviction. And bringing it all home with skill and fervor are Gabe Maska on bass and Kevin Tylor on drums – whose vibrant rhythm section is exhilarating to witness!

If you missed the Royal Distortion residency at The Viper Room, do not despair! Royal Distortion has been invited by the legendary Whisky A Go-Go to be the house band for their “FREE LIVE MONDAYS” showcasing the best unsigned bands of Los Angeles throughout the month of May!  Support band announcements for these very special shows are on the way!  Be sure to check into what Royal Distortion has to offer the world at large, because their wondrous passionate live performances are not to be missed!

Alicia Vigil and Shane Taylor from Vigil Of War

One of the bands joining Royal Distortion on the final night of their Viper Room residency was L.A.’s own Vigil Of War, unleashing an explosive set of tunes as the midnight hour was quickly approaching. Taking to the stage right after the Royal Distortion headlining experience, Vigil Of War mesmerized the late night crowd with their thrilling collection of punk rock and roll artillery.

Alicia Vigil is a commanding presence, presenting the intriguing lyrics with a fierce sense of passion and liberation – all while supplying a thunderous low end on bass. Comrades in arms within the Vigil Of War ranks include scorching guitar work from Shane Taylor and London McKuffey as well as a gloriously persuasive drum assault from none other than Chris Wilson, formerly of Good Charlotte. Songs such as Shallow Grave and Bite The Bullet remain embedded within your head long after the show spins to an end. And what a fantastic cover of White Wedding by Billy Idol the almighty Vigil Of War unleashes upon the audience.

Vigil Of War is one of the bands announced to be playing the Free Live Mondays at The Whisky in May, so there is definitely another reason to make that trek out into the wilds of the Sunset Strip. In the meantime, be sure to check out Vigil Of War’s stunning debut Bite The Bullet EP, produced by Kevin Thrasher of Escape The Fate! 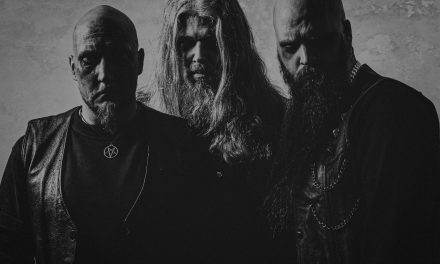 Dragonforce at The Regent – Live Photos