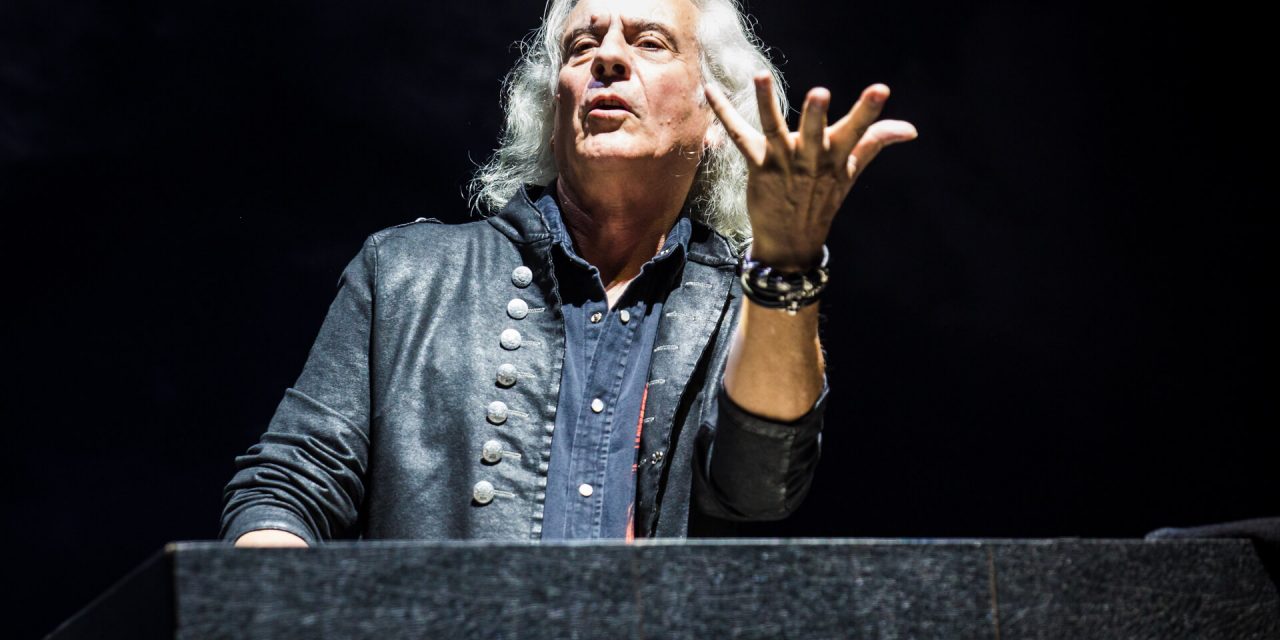 2019 has been a busy year from Phil Lanzon of the almighty Uriah Heep. Not only did they do a full on national tour with the Metal Gods Judas Priest, but the Uriah Heep keyboardist somehow found time to record his second solo album. Entitled 48 Seconds and named after the devastating 1906 San Francisco earthquake, the cinematic tapestries found within are absolutely stunning to behold. Highwire Daze recently caught up with Phil Lanzon to discuss the reveries of 48 Seconds, touring with the legendary Uriah Heep, and other seismic topics. Read on…

How did the recent Uriah Heep tour go with Judas Priest and what were some of the highlights for you?
Really the highlights was the entire tour because everybody, every show we played – obviously the majority of the audience was for Priest, but there were also a lot of Heep fans there. But we won over the Priest audience very, very quickly after one or two songs. They were going crazy and giving the devil sign, and that’s a pretty good sign for the metal audience. It was like that just about every single day of the entire two month tour. We were blown away by it really. It was a fantastic tour, very well matched, with Priest and Heep. So, it was all around very, very successful indeed.

Is there any overall story or concept behind the entire, behind the album title 48 Seconds? The one song is about an earthquake.
It was about the San Francisco earthquake in 1906. Basically it was an idea I had for many years. But it all started when I was a kid and I read a book about it. I was quite enthralled and I wasn’t really particularly into earthquakes at all, but something about the story resonated with me. Over decades I’ve had to contemplate writing the song connected to the event and never really achieved what I really wanted to do with it, until now. So with the new album, I pulled the song idea out and I came up with something that seemed to work. You know, put real characters into the story so that the listener can relate to things a bit better when people’s names mentioned.

Have you ever been in an earthquake yourself?
No. Well, from this part of the world we don’t get them, but I did experience a very small tremor. Some five or six years ago where I live, I lived right by the sea, by the coast. It was about– I think about 30 miles away. This is a very, very small tremor and I actually witnessed the feeling and peculiarity of how bizarre that feeling is. Now, of course I’ve never experienced an earthquake real, but, you know, I can never see that happening. Hopefully I never will. But you guys probably have.

Tell me about the song Face to Face and your overall thoughts on this age of social media.
Yeah, I think it’s pretty clear in that song. You know, I don’t want to sound like an old fart even though I am. [laughter] It’s the old man telling the kids what to do syndrome. I mean, we were all kids once and we did things. You know, we did this and we did that – and our parents were, “What the hell are you doing?” I’m doing exactly the same so it’s history repeating. But, I do see a definite movement away from a normal human being. The children of the day and the young folks, not the really young ones but you know, it seems they get a hold of a mobile phone, and their lives change. The problem I think we have is we’re creating a nation of young people who have no attention span whatsoever. That is a dangerous thing – very, very dangerous for the future. That’s how I see it. I’m not alone, of course that’s a lot of people would see it too, and just the world I put in the song, you know, it might resonate with somebody.

I remember when there was no social media. What did we all do back then, you know?
What the hell were we doing? That’s crazy. Really is crazy. We had other interests. I mean, I played my music, I played an instrument, I learned how to do that. You know, other kids learn their instrument or they played football or that’s what we did. Then this comes along and there’s kids bumping into lampposts now because they’re looking at the screen. It did happen to me. In fact, it was yesterday. My son is very ill at the moment. I had to send a message to him on my old fashioned mobile. I was actually texting it to him, when a young girl almost ran into me because we were doing the same thing. I just went, “Oh my God, what are we going to do? How are we going to end up like this?” We’ll end up walking off of cliff tops with this thing in our hand, you know.

You and Bernie Shaw were in a band called Grand Prix back in the day. He was let go from Grand Prix. How awkward was it at first to work with him again in Uriah Heep?
It wasn’t really awkward at all. I mean time had gone by. A lot of water was under the bridge. I’d gone off with Sweet in Australia for two or three years, recorded with them. And with Heep – we wanted somebody who had the vocal range and there wasn’t any – apart from the chap we took out for America with us who didn’t work out too well. There was nobody else on hand that we could think of, and so with Bernie we gave it a go. So he came back, and that was that, and everything was fine.

When you look back on those three Grand Prix albums, would you think of them now?
Oh, I mean production wise — I rest my case. Yes, there are some good songs on there for sure. I mean, it would be so wonderful to actually have the time and the energy and the finance to go in and re-record a lot of it, or maybe even remake a lot of it. But I can’t see that happening. It’s a bit too big of a job. Leave it to somebody else.

It’d be fun to see like a Grand Prix reunion with both singers (Bernie Shaw and Robin McAuley) but, who knows?
That’s never going to happen, I’m afraid. Yes, a lot of fans all around the world have been saying, wherever we travel, you know, any chance of a reunion thing and I just (say), “Oh no, it’s not going to happen.” Too much else going on you know, that we don’t want to regress. You go forward, you know.

What’s up next for you and Uriah Heep?
Continuing, we’ve got lots more on– we’ve got two shows again of August. We got a very unusual show in Gibraltar on the first weekend of September, then we got a whole tour of Scandinavia in October, going out to South America at the end of October, early November. We’ve got a couple of British festivals in December. It’s Christmas and then we start up again the 10th January to do a big tour of Germany with Nazareth and Wishbone Ash. Then moving on into February we’ve got the Rock Cruise out of Florida. There’s a whole tour of Russia all end of March, April. Then it’s festivals through next summer. And then we’re celebrating the 50th anniversary. So there’s not much really.

As you approach 50, you’re just sitting on your laurels…
Just twiddling my thumbs and looking out to sea…

Pseudo Star by His Dream Of Lions (Self-released) 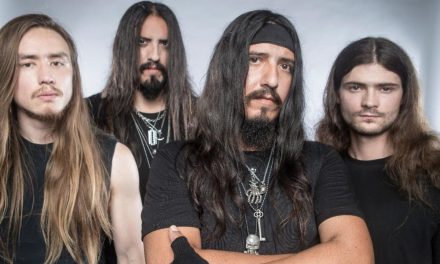 Art Of Shock: On The Road To Dark Angeles