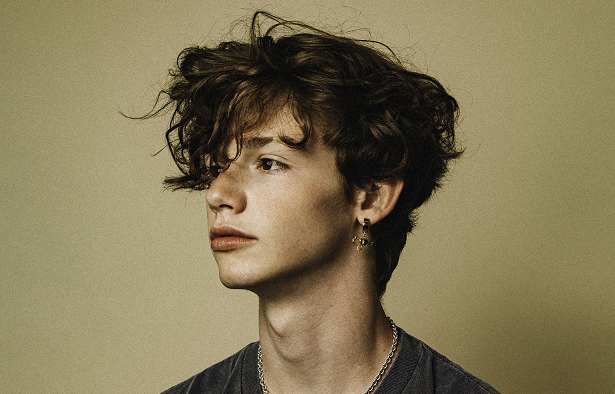 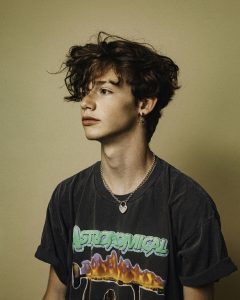 Payton Moormeier is more than just a Tik Tok personality with 14.5 million followers – he is quite a talented singer / songwriter who is now co-headlining the Boys Of Summer Tour all across the country.  With a song entitled Love Letter that has over 9 million plays on Spotify and a brand new track entitled Drive Away breaking out of the gate in an epic way, Payton is definitely establishing himself as a dynamic new artist with the material and charisma to back it all up. Highwire Daze caught up with Payton in the middle of the Boys Of Summer Tour to discuss life on the road, his memorable songs, having such amazing numbers on both Tik Tok and Spotify, and other topics of interest.  Read on…

How has the Boys Of Summer Tour been going so far and what have been some of the highlights?
It’s been going great. We’re about 5 or 6 shows in right now, so we have a lot more shows to go. I’d say just performing the unreleased songs has been definitely a highlight. But the Dallas show was really good – that was the show that we just had. Best show by far – that was definitely a highlight as well.

What may be some of the not so best parts of tour life so far? Maybe the summer heat?
Yeah, the heat was really bad in Vegas. But mainly just the food – the diet has been terrible, man! Like gas station food, fast food, all that – you just don’t have time to sit down. And when you do have time, you want to relax and go out and do something other than like sit back down and eat food. 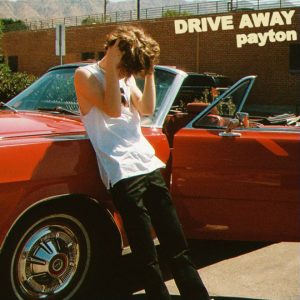 Let’s talk about some of your songs. Tell me about your new song Drive Away, and what was the inspiration behind that one?
Drive Away is a very cool song – I like it a lot. The inspiration definitely came from the vibe of trying to run away from everything, whether it’s like problems in general, stuff like that. And you’ve got your significant other there – just that high school “let’s get in the car run away chase the sun” type beat. That’s where the song kind of stems from. It was definitely more fictional than all my other songs. But yeah, it’s a great song. Me and my writer Nick Lopez – we were working on the song – I think we had it written before the beat was even done so it was a very smooth process for sure. The vibe was definitely there.

Another song I really like is called 3AM. Tell me about the story behind that one.
Yeah 3AM is dope – I love that song. It came from this feeling of just being up and alone. I had this relationship I was in, and I’d have issues pop up – things that I’d be worried about – you bring those up – finally work up the courage and like, “Alright, this is bothering me enough and I’m going to say something about it.” And you just like kind of get that dodge response. And that was happening to me a lot. Nothing was like clear – nothing was straight forward. And I remember sitting there – it wasn’t exactly 3AM, but it was late/early in the morning. And it was such an alone feeling – and that’s what I wanted to give off with the song – a very open reverb – kind of everything going around – and that’s where 3AM came from.

One of your songs, Love Letter, has over 9 million plays on Spotify. Looking at that, what does a number like 9 million even mean to you?
Dude, it’s insane, honestly – especially for a first song – like insane. I don’t know – it’s almost like it doesn’t even feel real – it’s kind of hard to wrap my head around 9 million people – almost 10 million – listening to my song. It’s kind of crazy. It definitely doesn’t feel real. It’s insane! 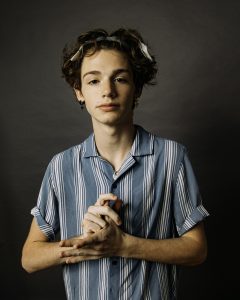 Love Letter seems like such a personal song. Tell a little about that song and the inspiration behind it.
Love Letter actually came from a relationship – I don’t even want to call it a relationship – I was all of maybe 13, 14. I was really into this girl, and we really had such a great thing going – or at least I thought it was great, you know? And then one day dude, she was just like “Peace!” Not even an explanation – not even a “peace” – she just completely stopped answering everything. I’ve never ever gotten an answer on why it just kind of stopped out of nowhere. But I was in the studio, and I was trying to put that thought into a song – and I was trying to think what would be something that I would do that was like a whole thing just turned around to myself – “well I guess this is just a love letter to myself” kind of thing – and that’s like literally where it came from – it was just a love letter to myself. I had also sent a text and parts of the text are in the song as kind of like the love letter thing. And there’s a part in the song which is really cool – not a lot of people know this, but she tried to call me a while after that whole mess, and I didn’t answer – I don’t think I saw it or whatever. She left me a voice mail, and it’s not like exact word for word – but there’s a part in the song after the first chorus and this little voice mail plays – and I just kind of put that in there – it’s my friend speaking on the phone – it’s not actually her voice – I can’t put that in there because if she heard the song, she’d be like “Oh! Wow!”

Well happy early birthday! So, we’re going with even bigger numbers on Tik Tok. You’ve got like 14.5 million followers. What’s the strangest thing you think you’ve ever done on Tik Tok?
Probably like one of those really raunchy dances. I can’t really remember exactly which one, but I used to get freaky on Tik Tok low key. I’d like do the craziest dances – obviously just for entertainment purposes – I wasn’t actually getting into it. But I’d say yeah, that’s probably the weirdest thing I’ve done when I was younger. I’m talking like a year or two ago. I’d just do the weirdest dances on that, and I don’t know why to this day. I’m like “why did I post that? It’s on the Internet forever!” Fan pages – everybody has that stuff – so yeah. 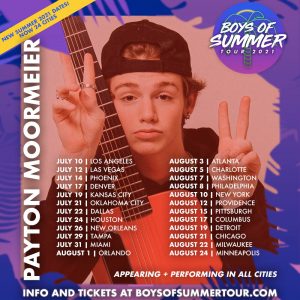 What has it been like to write and create new music in the middle of a pandemic and all of this social unrest in the world today?
It’s definitely been difficult to let the world see everything that I’m doing while everything was in shutdown. I don’t know – I never knew what it was like to release music outside of the pandemic, so this has, I guess, been like normal to me. Obviously, I hear stories and producers that I work with about shows and live stuff and everything like that. But it almost gave me time to like really work on who I am and what my music actually means to me and everything. And overall, I think it helped with performances and everything like that – there’s more emotion to it. So yeah, it’s definitely been weird, but everything is slowly getting back to normal. And I would definitely be lying if I said that it didn’t affect the way I write my music and how my music comes out, because when you’re just by yourself alone sometimes – like literally nobody else is around you – you write different music – so I’d say it benefited it in that way.

Who are some of the musicians and artists who inspire you?
Right now, Post Malone. I’ve just always liked his vibe and everything like that. And I love the sound of his voice – just the tone’s crazy – all the vibrato and everything. He’s definitely a big inspiration to me right now for sure.

If your music was a donut, what kind would it be and why?
Blueberry glazed – it’s like that vibe for sure. Just a blueberry donut for sure.

What’s up next for you after the Boys Of Summer Tour is all over?
Definitely trying to get an EP out right now – that’s been the main focus – looking at maybe October to release. Definitely a Payton Tour would be great – and just other shows for sure – definitely like little popup shows. But yeah, I think this tour is a great learning experience and practice for all of the other shows that I’ll have coming up. But definitely the EP and the other shows ran by me and my team would be great.

And do you have any messages for your fans who are reading this right now?
Yeah! Thanks for all the support and the love. Drive Away is going crazy. And for the fans who have been there since the first song till now, I really appreciate y’all – so thanks for sticking around.

Check out the remaining dates for the Boys Of Summer Tour 2021 here! 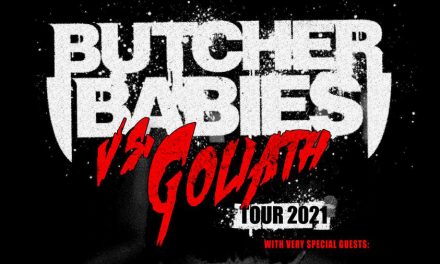 The Darkness at The Fonda Theater