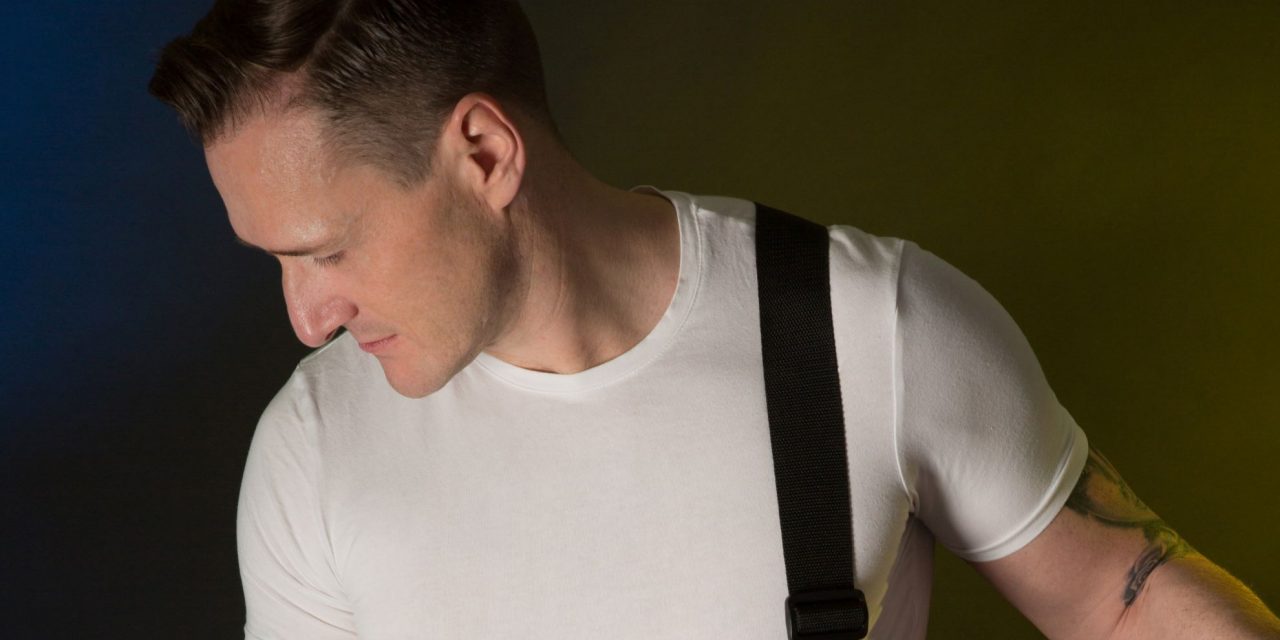 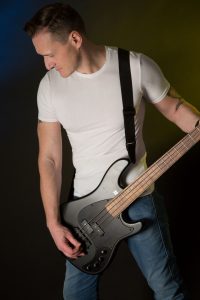 Nitrate is back with their epic third album entitled Renegade via AOR Heaven, and it’s certainly a melodic rock classic in the making.  Inspired by late 80’s rock icons such as Def Leppard, Europe, and Bon Jovi, Nitrate is the brainchild of song writer Nick Hogg (bass guitar) from Nottingham England.   In addition to mastermind Nick Hogg, the current Nitrate lineup  features Alexander Strandell of Art Nation on lead vocals, Tom Martin of Vega on rhythm guitars, and James Martin (also of Vega) on keyboards.  The omnipresent Alessandro Del Vecchio (Sunstorm and a ton of other great bands) is also on hand, supplying backing vocals to the proceedings. Highwire Daze recently interviewed Nitrate founder Nick Hogg to find our more about the absolutely amazing tracks contained within the auditory world of Renegade.  Read on…

Introduce yourself, tell me what you do in Nitrate, and how long the band has been together.
My name is Nick Hogg and I am the main songwriter & bass player for Nitrate. I was born in Nottingham England and have lived there all of my life. I was an 80’s child and a huge fan of 80s rock music. The band was formed in 2017 with albums released in 2018, 2019 & now 2021. I have used a number of really talented musicians on the Nitrate albums.

Where is the band based out of and what is your local music scene like there?
The band is based out of Nottingham England which has been credited as having a good rock scene over the years, with Nottingham Rock City being a venue where a lot of great rock bands have played. Unfortunately, the number of live venues has decreased over the past few years which has had an impact on the local rock scene.

How did you wind up signing with AOR Heaven?
This is the second release with AOR Heaven.  They are a good label and I contacted Georg for the release of the second album ‘Open Wide’. He is a good guy and the label has looked after me so it was an obvious choice to resign for the new album.

Is there any overall story or concept behind the Renegade title?
Not really, it’s just a cool title and the obvious choice as title track for the album.

Select two songs from Renegade and what inspired the lyrics.
The ballad on the album is sort of my dedication to the passing of Marie Fredriksson from Roxette. I was a huge fan as a teenager and had a crush on her, so after I heard the sad news of her passing, I sat down and wrote the ballad ‘Why Can’t You Feel My Love’. It is heavily inspired by Roxette’s power ballads. ‘You Think You Got It’ is another track I am proud of as a musician. It is all built around a cool Steve Clark style guitar riff I came up with a while ago. It’s a very Def Leppard influenced track and the lyrics are very playful ‘A cat and mouse’ chase between two lovers 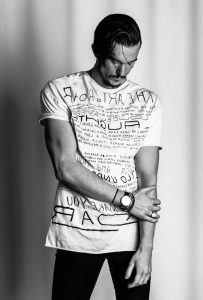 How did Alexander Strandell from Art Nation become involved with Nitrate and what was it like working with him?
I love his voice. I am a huge fan of Art Nation. When we did the demos, some of them were recorded by Issa (James Martin’s wife). She has an amazing voice and finding someone to match those vocals was going to be an impossible task. Dennis from the band Cruzh suggested I ask Alex, but I never thought it was an option as he’s in Art Nation. He said he would which was amazing and a perfect fit. He even sang ‘Big City Lights’ and the power ballad in the same key as Issa. Not many male vocalists would be able to do that!  He has an amazing unique voice and can sing heavy rock/melodic rock and has a softer side to his voice as well which made him perfect for this album.

Who produced Renegade and what was it like working with them?
The album was produced by Mikey Wilson, Tom Martin & James Martin. All talented musicians with their own unique style, which gave this album a completely different sound from the first two. I wanted to change the sound and do something a little different on this album rather than bring out a similar sounded record again so close to the first two. They were easy to work with and all three got heavier involved in the production and mixing.

Who did the cover art for Renegade and how much input did you have on it?
All three album covers are my concepts. It’s one of the hardest parts of releasing an album. What to call it and what would look great on the cover. I think an album title can make you want to listen to an album or put you off listening in the first place even though the album might be good. I used to pick all my albums by how cool the artwork looked when I was young (Pre internet) and I think a few bands don’t realize how important good artwork is. Picking the name comes first. I look for a cool sounding track name first, or a concept which captures the feel of the album. Real World sounded great on the first, Open Wide was a concept idea on the second and Renegade was an obvious choice for this album. It just sounds cool and I thought it would be easy to design a cool album cover, although it was a lot harder than I previously thought!  I search the internet and create a folder of ideas until I know what I want, then try to convey that to Nello who does the artwork. I was after something that had a cyberpunk feel to it.  Nello has done the artwork for all three album now and has done an amazing job.

What was it like working on an album in the middle of a pandemic?
I think it affected the timescales slightly. I had intended to release towards the end of last year but there were some delays in scheduling and recording.

Has Nitrate ever played live or would you like to in future days?
No not yet but we are working on that at the moment so hopefully soon. I’ve done a couple of rehearsals recently that went well. 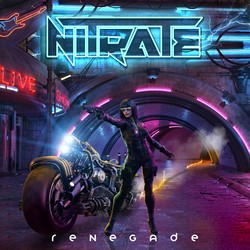 If Nitrate could open for any band either now or from the past, who would it be and why?
Def Leppard. I love the band and they are still filling arenas and putting on a great show. Imagine opening for them!!

Are you involved with any other bands or projects outside of Nitrate?
No I’ve been asked a couple of times recently but I struggle to find enough time to spend on Nitrate. Maybe in the future but Nitrate is a full time job on top of my full time job!!

What’s up next for Nitrate?
I’m currently working on the demos for the 4th Album and also trying to put a lineup together to play some live shows soon. There’s lots going on as well as trying to put together some more videos for the album and sort out merchandise.

Any final words of wisdom?
I would like to thank you for the questions and the interview. I really appreciate your time. I would also like to thank all of your readers that take the time to read the interview. The album is released via AOR Heaven on the 30th July 2021. I am also releasing the album on limited edition coloured Vinyl and also on minidisc. Please get in touch if you wish to purchase a copy.