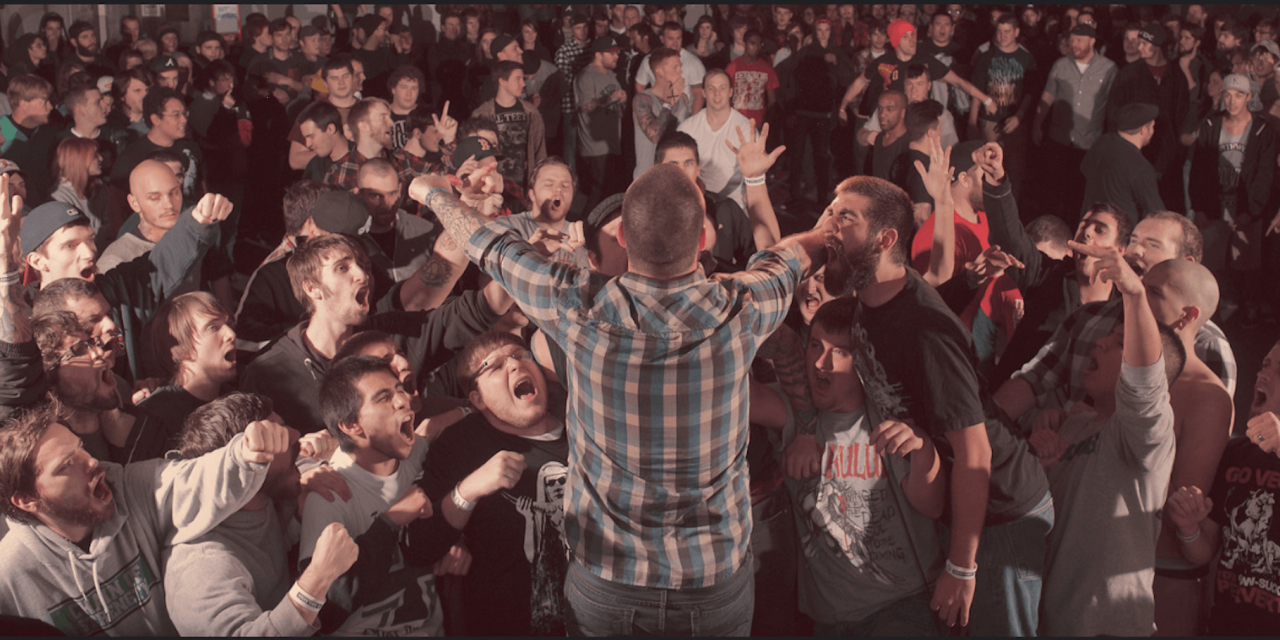 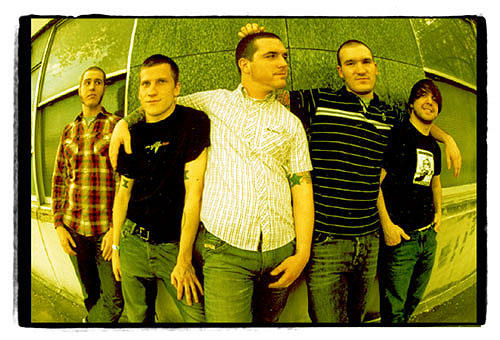 One of the bands set to reunite for the upcoming Furnace Fest in Birmingham, Alabama on September 24-26 is the almighty Love Is Red!  In addition, the revered hardcore band has returned with Darkness Is Waiting, their first release in seventeen years.

The band originally formed in the year 2000 in Florence, Alabama. Following changes in their line-up they relocated to Nashville, TN, and dropped their biggest release The Hardest Fight on Stillborn Records in 2004. A year later Love Is Red disbanded after multiple US tours with a brief reunion in 2010 for a final show in Nashville.

And now a decade later Furnace Fest asked the band to reunite. Due to the pandemic the fest was postponed to 2021 and with the down time, the band returned to writing music. The EP was recorded and produce remotely, and saw the original line-up unite with new members.  Expect Love Is Red to perform songs from their amazing new EP Darkness Is Waiting as well as fan favorites from The Hardest Fight.

Highwire Daze recently interviewed Love Is Red guitarist Roger Kilburn to find out more about their dynamic new EP, looking back working with Jamey Jasta and Stillborn Records resulting in on The Hardest Fight, their upcoming appearance at Furnace Fest and more…

Introduce yourself, tell me what you do in Love Is Red, and how long the band has been together.
I’m Roger and I play guitar in the band. The band actually began in the year 2000, broke up in 2005, played one reunion in 2010 and then when Furnace Fest asked us to play in 2020 we said, yes, but as we all know, that got moved out a year, so here we are.

Where is the band based out of and what is your local music scene like there?
The band started in Florence, Alabama, and we were one of the first hardcore bands to come from that area, we then relocated to Nashville, TN and that’s where the band ended, we have all moved to different parts of the country now, going where life took us. As far as the scene in Nashville, its actually great for punk and hardcore, it just rarely gets noticed due to the overwhelming presence of the country music scene hah. 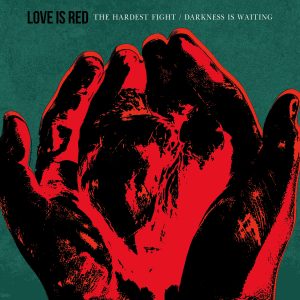 Is there any overall story or concept behind the Darkness Is Waiting title?
Our singer wrote the lyrics for The Hardest Fight when we were in our 20s just basically going over the struggles of trying to figure out life, as we all got older (90% of us are in our 40s now) we realized life struggles just change shape, and on top of that we, unfortunately, witness more death, depression, illness, and human depravity…thus the title Darkness is Waiting.

Select two songs from Darkness Is Waiting and what inspired the lyrics.
Darkness is Waiting and Keep Moving… both songs interlace into one another and one talks about depression and failure, while the other just notes that we have to keep pushing on through all that shit, keep fighting, and keep struggling on to be there for those we love etc.

Who produced Darkness Is Waiting and what was it like working with them?
Derek Moree helped produce most of the record. Engineering it and mixing. He’s based out of Seattle where I live, we had two other engineers help record from Detroit area and Richmond area, and our bassist has his own studio so he recorded there. We then went with Brad Boatright at Audio Siege who helped us with the mastering, he has done a LOT of good heavy albums and we are pleased with how it turned out.

Who did the cover art for Darkness Is Waiting and how much input did you have on it?
The cover art was a reworking of our old album artwork, but with a lot of personal twists that the artist did on his own that we loved. His name is Jason Mazzola and had been in previous hardcore bands such as Count Me Out in the past so we knew he’d be able to pick up on the vibe we were going for.

What was it like working on an EP in the middle of a pandemic?
Given that it’s 2021, much easier than you’d think. I started writing the material in April of 2020 because I was furloughed for a month. I spent that month cranking out new music for an old band and starting two new bands, so I was very active in writing since I was just stuck at home, when we finally could get out and go to the studio in Feb of this year, it was just me and the engineer and drummer, so it wasn’t over crowded, we did our work, then sent the rest out digitally to all the dudes across the country, Derek put it all together and mixed it, and boom…new EP. 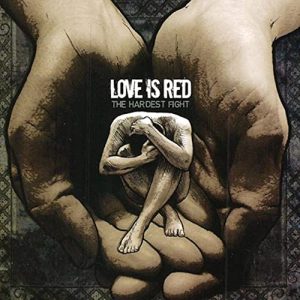 When you look back on The Hardest Fight released on Stillborn Records, what do you think of that album now in retrospect? And were you able to meet or hang out with Jamey Jasta of Hatebreed?
Yes we met and hung with Jasta a lot, and went on two tours with Hatebreed. Incredibly nice dude and we’re grateful for all that label did for us back in the day. As for looking back at The Hardest Fight. There’s actually a few songs I don’t even care for anymore, but I know the folks that listen to us still like them, so we play them anyway, haha, but I feel like this EP could have been written the year after The Hardest Fight. I was very worried I’d lose my touch with melodic hardcore style of writing since I had done other styles of music after that, but it came back almost instantaneously.

What are you looking forward to the most about playing Furnace Fest this year? That venue and festival is legendary!
Looking forward to the old man/woman fest of folks coming out of the woodwork to see all the bands they loved back in the early 2000s. Lots of old friends I haven’t seen in over a decade and good bands I never thought I’d see again too!

What could one expect from a live Love Is Red show?
Oh god…we’re old now, so we’ll “attempt” to jump around, and be very active, and high energy. These shit ass knees might say otherwise though.

If Love Is Reed could open for any band either now or from the past, who would it be and why?
Counterparts really took the genre of Melodic Hardcore and ran with it, we actually tried to have the singer do some guest vocals on one of the songs, but in Canada they were on a super strict lock down so they couldn’t make it happen. That band and also the reason we started Love Is Red – Shai Hulud (wut up Fletch & Fox) 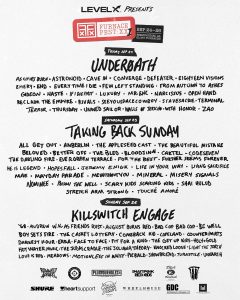 Are you involved with any other bands or projects outside of Love Is Red?
Yes, I had been in some other hardcore bands like Sinking Ships and still play with Trial when we actually do play shows. Started a doom band called Breag Naofa (don’t even worry about trying to pronounce it), and now have started a new Indie Rock band called Phantom Echoes (new EP recorded, just missing vocals), and another new hardcore band called Witness Marks that hasn’t recorded, but has two old members of Love Is Red, and we’re still bringing that older style of hardcore to the table (both those bands were borne out of the pandemic as well).

Hunter actually got hooked up with the engineer in Michigan where he lives and a guy printing our merch and will also probably have a new hardcore/metalcore band coming out in a year or so as well.

What’s up next for Love Is Red?
Just our pre-show in nashville and furnace fest. We all are busy and live in different states. If something really significant came up that we couldn’t pass on, we’d definitely do it, but just has to be the right place/time!

Any final words of wisdom?
For aspiring musicians…Don’t even hesitate about starting that band you wanna do. The older you get, you don’t wanna regret missing out on things that you could have done. I’ve constantly been playing music over the years, but I hear time and time again from friends my age how they wished they’d done more. We all have our life priorities, but there’s always time to fit something fun in that you love to do…so…do it!

Enslaved Enter The Studio to record their 14th Album

The Sonic Definitions of Shatterproof 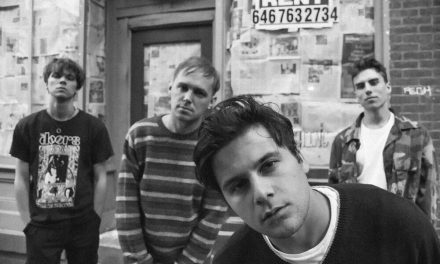 The Stolen Release Acoustic Version of “Only In The Night”