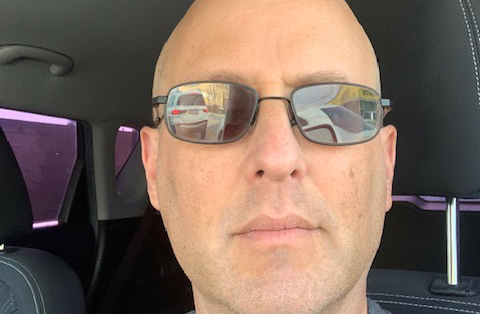 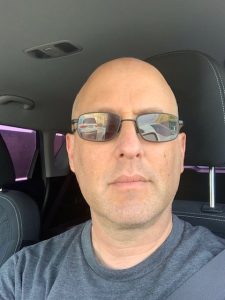 Introduce yourself, tell me what you do in Bloomfield Machine, and how long the band has been together.
I am Brian Kassan—a native Angelino. I’ve played in many original and cover bands over the years . Bloomfield Machine is just me, although I just found a drummer to work up a live version of this. I write, record, produce, perform, mix and master all the recorded music. I am a keyboardist, bassist, guitarist and use drum samples, loops, programs to create the drumming. I released my first Bloomfield Machine album Arguing With Success in 2017. The music is a hybrid of all the things I love—melody, ambience, structure, mood. It comprises a variety of styles including rock, blues, electronica, cinematic, and textural musical vignettes. I have always loved a good “hook” and I know listeners will find plenty here.

What do you think of our local Los Angeles music scene and how does Bloomfield Machine fit into the scheme of things?
I don’t really get to shows these days, especially with the pandemic, so I’m not really sure what the Los Angeles music scene is about currently, but once we start performing live, I know, we are something unique—a duo playing live music—hopefully with interesting visuals in the background.

Is there any overall story or concept behind the album title Units Of Uncertainty?
Not consciously, although the songs have either a melancholic or sometimes foreboding feeling which gave me the idea for UOU. I think it did reflect some of the personal challenges I had during the pandemic—which were not pandemic related—just the uncertainties of life. 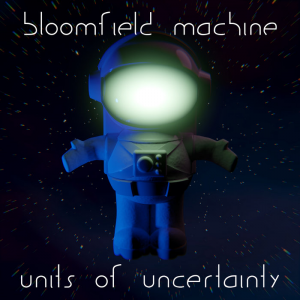 What is meant by the short but very sweet Cultural Treason? Super interesting title.
Thanks. A bit of this song was culled from a classical piece I loved when I was learning piano—so it is kind of a joke about using something from the past—like much modern music does.

What exactly is MicroAggression?
Just a new word that is being used to address grievances, but just felt like a fun title for this piece with many twists and turns.

Who wins the Race To Indifference?
We both lost because of the indifference.

And let’s chat about Unfavorable Semicircle and the inspiration behind that title and melody.
I read about this mysterious YouTube channel that published a bunch of short and very long strange videos with abstract images and distorted sounds. It was deleted and remains a mystery. I thought this piece has a weird, eerie sort of vibe that fits that description. It does have a Boards of Canada type of darkness that I like.

What has it been like to write and release music in the middle of a pandemic and all the social unrest in the world today?
Creating this music is the life I lead almost every day to keep from thinking too much about the outside world and things I cannot control. I have total control over this element, so it gives me a sense of purpose and order in a world in turmoil. I think music is a balm for most people and a universal language that everyone understands.

When you look back on your time and recordings with the Wondermints, what do you think of it now in retrospect?
I played bass and wrote/co-wrote a few songs in that band. My songwriting game became much stronger, being in a band with other great songwriters. It also gave me a lot of real studio experience that I didn’t have much of up to that time. I’m proud of my work with them and think those recordings have held up quite well.

What was it like working with the legendary Brian Wilson of The Beach Boys and how did that come about?
I actually wasn’t in the band at that point. I did do a live radio performance where we backed up Brian with Clem Burke of Blondie filling in for Mike D’amico but this was right when the band made contact with Brian.

Tell me about your other previous band Chewy Marble and do you still keep in touch with the various members?
Chewy Marble was my band which was formed after my time in Wondermints. I had a backlog of material which I was able to record with talented musicians, some of whom were good friends. I do keep in touch with a couple of them—Stu Forman the singer/guitarist and Derrick Anderson, a fine bassist/songwriter are both still good friends. I think the three albums we released were high quality pop/rock and am also proud of these. They didn’t get heard by as many people as I would have hoped.

Are you currently involved with any other bands or projects outside of Bloomfield Machine?
I’ve been in a band called the Tikiyaki Orchestra/Tikiyaki 5-0 for the past 14 years. The music is a mixture of Hawaiian, Jazz, Lounge, Surf, Spy music presented in a larger band and a smaller group. We’ve played Tiki festivals and bars all over the United States. We just finished a few shows in Northern California including Trader Vics—the founder who invented the world famous Mais Tais. It’s a lot of fun still and we’re working on our 6th album at the moment. We have a worldwide fanbase and get pretty good size crowds at festivals like Tiki Oasis—which we just played this past summer.

What do you hope the rest of 2021 and 2022 brings for you and Bloomfield Machine?
I really hope more people can hear this music. Units Of Uncertainy is my 4th album. They can all be found on Bandcamp and Spotify. Out of all my musical endeavors, this is the most original expression of me musically as I’ve done. The pieces are mostly short and to the point.

Any final words of wisdom?
I’m very grateful that you’ve asked me to participate here and hopeful that Bloomfield Machine will be heard. I still love music as much as I did at 7 when I started piano lessons and wanted to be Elton John. Also, I do love modern electronic music and am constantly inspired with the software and technology available at my fingertips! 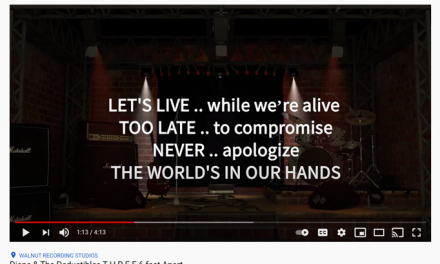 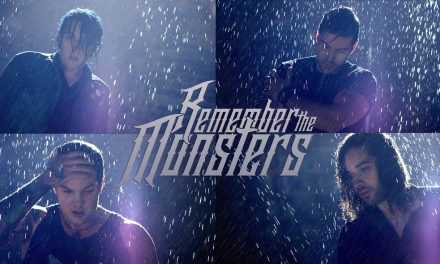