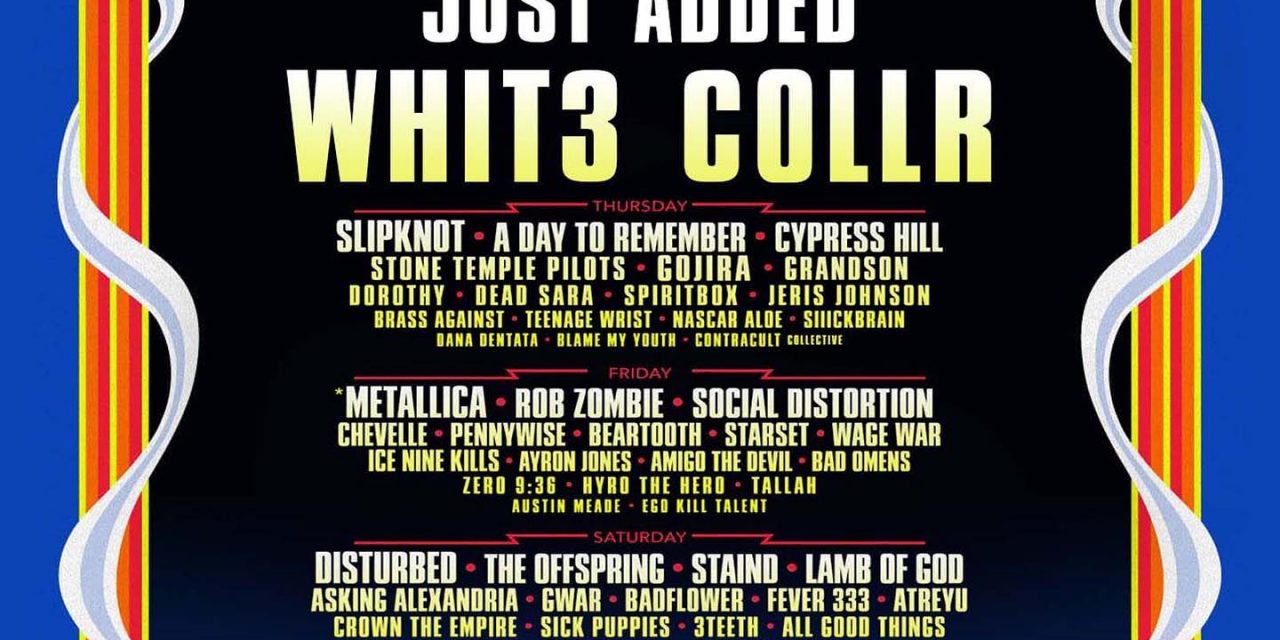 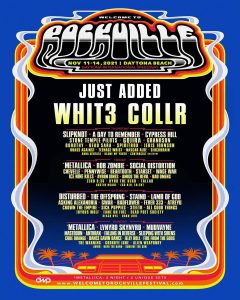 “For all the jaded folk who like to exclaim that Rock Is Dead, I would be more than happy to refer them to a band such as Whit3 Collr, three massively talented young dudes ready and more than able to slam it all into the realm of the next generation and beyond.” – Highwire Daze

Orange County, CA-based rock band WHIT3 COLLR, comprised of high school-aged musicians, WON “Battle for the Big Stage: Road to Rockville Edition”, a virtual tournament-style competition held exclusively on “That Space Zebra Show” on DWPresents’ Twitch channel to play MAIN STAGE at the Welcome To Rockville festival in Daytona Beach, Florida. Over 3,000 bands from around the world entered for the chance to play Welcome To Rockville. Thousands of fans voted for their favorite artists in real time each week. 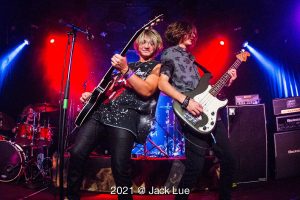 WHIT3 COLLR is set to perform on Friday, November 12, 2021 on the same stage as headliner Metallica.

WHIT3 COLLR catapulted onto the music scene in April 2021, with their debut single “16 Sweet” that, as an independent band, was featured on Spotify’s Pure Rock & Roll and New Noise playlists, garnering over 10,000 monthly listeners along with more than 50,000 streams. They also recently were named one of AltPress Magazine’s “New Artists You Need to Hear,” (May 2021) and have been featured in Kerrang, buzzbands.la, Pancakes and Whiskey, and Loudwire’s Weekly Wire. Lead vocalist and guitarist Will Sawyer also is the only 6-time champion “King of the Hill” in Danny Wimmer Presents guitar competition, “Riff Wars: King of the Hill.” Will Sawyer also was quoted extensively in Billboard Magazine’s Sept 24, 2021 article: “Nirvana’s ‘Nevermind’ at 30: Next Gen Artists on How the Album Inspired Them”.

Following on the success of their debut single, WHIT3 COLLR released the singles “Endless Hours” and “Sunset Cruisin’.” “Endless Hours” video for the single can be viewed at https://youtu.be/PXGy7fUypKA. The captivating video features critically acclaimed dancer, Autumn Miller, who was the lead in Imagine Dragons’ video “Bad Liar.”

All Music Can be heard at: https://shor.by/WHIT3COLLRMUSIC

Ampage at The Rose