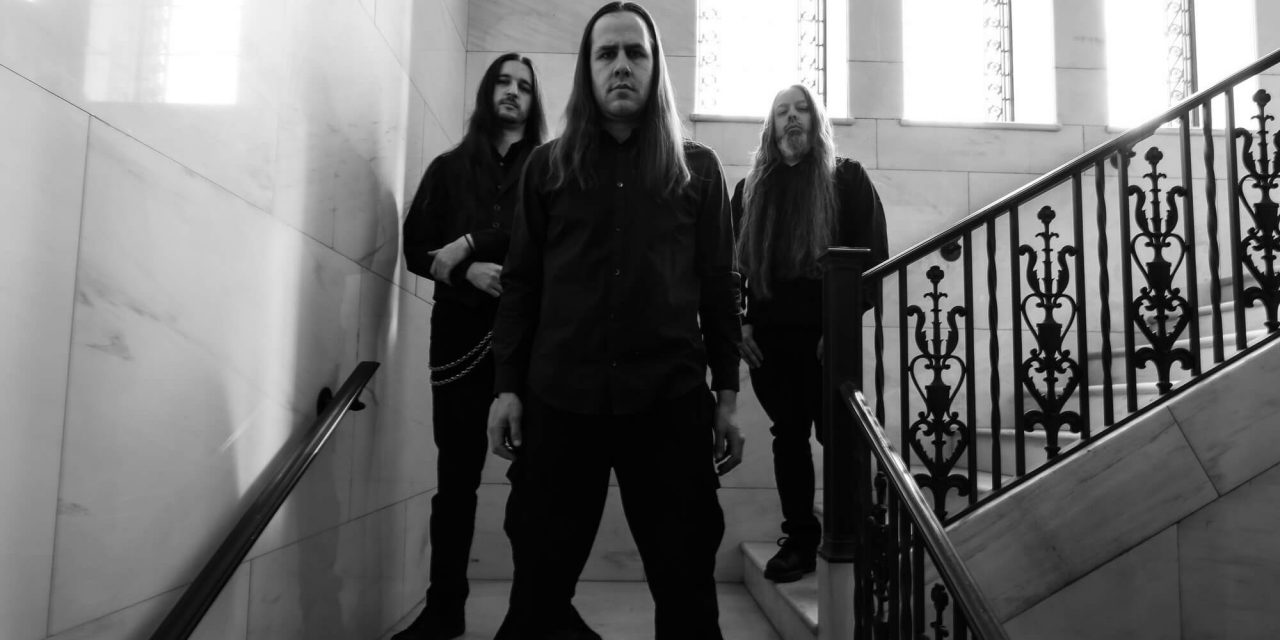 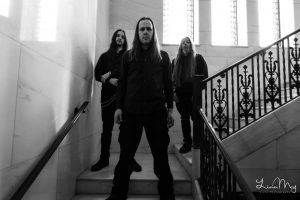 Blackened Melodic Death Metal veterans Withering Soul has unleashed Last Contact, their fourth manifesto of intrigue now available worldwide via Mortal Music.  From the thriving Chicago metal scene, Withering Soul’s blistering sonnets are sure to leave a lasting impression on extreme music fans all over the world.  Highwire Daze recently interviewed Withering Soul ‘s founding member Christopher prior to their album release show to find out more about the metallic allegories found within the realm of Last Contact.  Read on…

Introduce yourself, tell me what you do in Withering Soul, and how long the band has been together?
My name is Christopher and I’m the guitarist, vocalist and founding member. The band was started by Mykil (former vocalist) and I as a side project back around 99-00. We had both played in a few bands, but nothing substantial. The band went through a lot of lineup changes over the years but is looking very solid in its current form.

Where is the band based out of and what is your local music scene like there?
Chicago has always had a lively music scene with rich history of death metal. Before Covid, there was always something happening on multiple nights a week. The bands are generally supportive of one another, but it’s also a very independent atmosphere. I think that after the pandemic, a lot of people are realizing how lucky we really are to have the scene that we have. 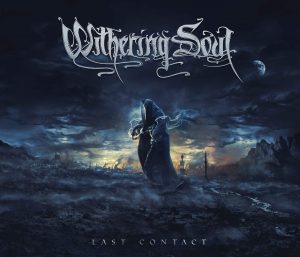 Is there any overall story or concept behind the Last Contact album title?
“Last Contact” was written as an anthology of different stories, but with a consistent theme (communication between the living and the deceased). The artwork and title were loosely inspired by the movie Event Horizon and builds upon the idea of finding an undiscovered relic where life once existed only to reveal an unnerving truth.

Select two songs from Last Contact and what inspired the lyrics.
‘Uncharted Course‘ was based on the story of the lost colony of Roanoke, but with a twist. A scenario in which the settlers were faced with extreme challenges that drove them into chaos and desperation. The abandoned site left only to speculation from the returning parties many years later.

‘Allegory of the Void’ was written from an existential point of view and that we really only have a limited understanding of what we see in the night sky could be witnessing an apocalypse light years away and not even know it.

Who produced Last Contact and what was it like working with them?
It was an interesting recording process as we had tracked our instruments at multiple studios, but ultimately finished everything with Dennis Israel of Clintworks Mixing and Mastering. It was the first time we mixed an album with someone in another country (Germany) but had the time to allow for all the revisions we wanted. Dennis had mastered our previous album, but this week was his first time mixing and mastering. This is probably our best sounding album to date.

What was it like writing and recording new music in the middle of a pandemic and all the social unrest in the world today?
When Covid first shut everything down, I wrote the half of our next album, so needless to say, it wasn’t an unproductive time for us. Most of the instruments on ‘Last Contact‘ had already been recorded, so it was just a matter of getting vocals recorded, which I ended up completing at a friend Exhul from the band Ossilegium’s studio in October – December of 2020. One thing the pandemic did teach me was to spend more time appreciating nature. 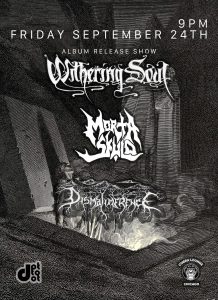 What are you looking forward to the most about your album release show on September 24th?
It was my first time singing and playing guitar live, so it was a very anxious time for me, but I had been rehearsing religiously to the point where I no longer had think about what I was doing. Playing new songs for the first time is always an exciting time.

What could one expect from a live Withering Soul show?
Infectious riffs, good energy level and a lot of atmosphere.

If Withering Soul could open for any band either now or from the past, who would it be and why?
That’s a tough one, but I would take the question even further and say that my dream would be to tour with either Hypocrisy, Emperor or Enslaved. All bands that have inspired me to keep going.

Did you guys ever play or attend the infamous Milwaukee Metalfest back in the day? If so, what was the experience like? I think one or more of your members was/were in Veneficum, who I remember seeing at the Fest.
Never played (I wish!) I was just getting out of high school and had my first stint of playing in garage bands. Withering Soul was just a demo project at the time. I attended a few of them and can’t help but feel spoiled looking back. Each year had some of the most important underground and extreme acts in the world playing under the same roof but also allowed the opportunity for up and coming bands get in front of an audience. That is actually where Mykil (former vocalist) and I met the band Veneficum. I ended up playing bass for them years later.

What do you think has kept Withering Soul going for 20 years and counting?
Stubbornness (ha ha). It’s been a very slow progression for the band, but I’ve always had a vision of where I wanted the band’s music to go and often felt like there was unfinished business. As long as the creativity continues to flow and the style remains relevant, Withering Soul will press forward.

What’s up next for Withering Soul?
We’ll be playing a few shows in the Chicago area such as Macabre’s annual Holiday of Horrors. Planning to get some out of state shows in the spring and finish writing a follow up album next year.

Any final words of wisdom?
It’s never too late to adapt to change. Your self limiting beliefs are your own worst enemy. 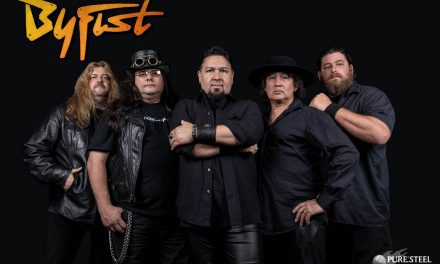