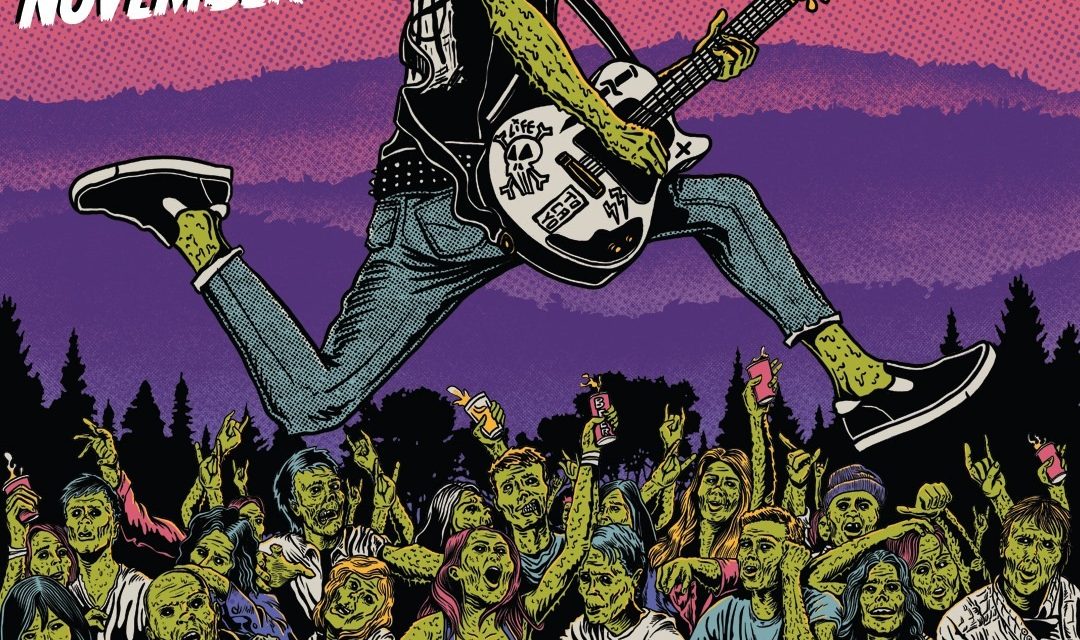 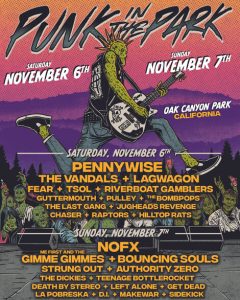 Band Performance Times Announced For Punk In The Park

Also Including Performances From The Vandals, Me First And The Gimme Gimmes, Bouncing Souls, Lagwagon, Fear, Strung Out, TSOL & More

Band performance times have been announced for Southern California’s 2-day Punk In The Park, which takes place November 6 & 7 at Oak Canyon Park in Silverado, California and will feature two days of legendary punk rock on two stages–headlined by Pennywise (Saturday) and NOFX (Sunday)–paired with craft beer tasting from some of the best craft breweries in the area.

Punk In The Park will also include performances from The Vandals, Me First And The Gimme Gimmes, Bouncing Souls, Lagwagon, Fear, Strung Out, TSOL, Authority Zero, The Dickies and many more.

Saturday tickets and weekend passes are SOLD OUT. A limited number of Sunday general admission tickets are still available at www.punkinthepark.com.

Punk In The Park is produced by Orange County, California based Brew Ha Ha Productions (BHHP).

Punk In The Park performance times are as follows (subject to change):

Punk In The Park attendees 21+ can enjoy unlimited samples, while choosing from more than 100 fan-favorite beers from some of the best craft breweries in the region. Breweries will include Orange County’s newest brewery (co-owned by Brew Ha Ha’s Cameron Collins), Rad Beer Co., plus Artifex Brewing, Belching Beaver, Brewery X, Stone Brewing, Wild Barrel Brewing and many more. Attendees can also enjoy food for purchase from local food trucks and vendors, with vegan options available.

As always, health and safety of festival patrons is of utmost importance. The festival producers are working with local health authorities to ensure that the event is safe and in compliance with all local regulations.

For more information on Punk In The Park, visit: 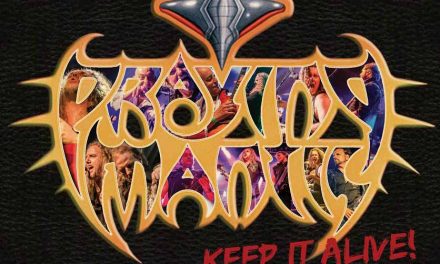 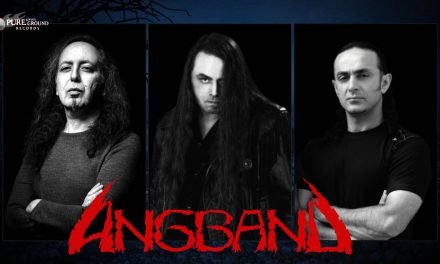 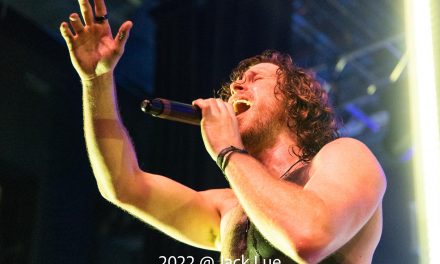 Nothing More at House Of Blues Anaheim – Live Photos