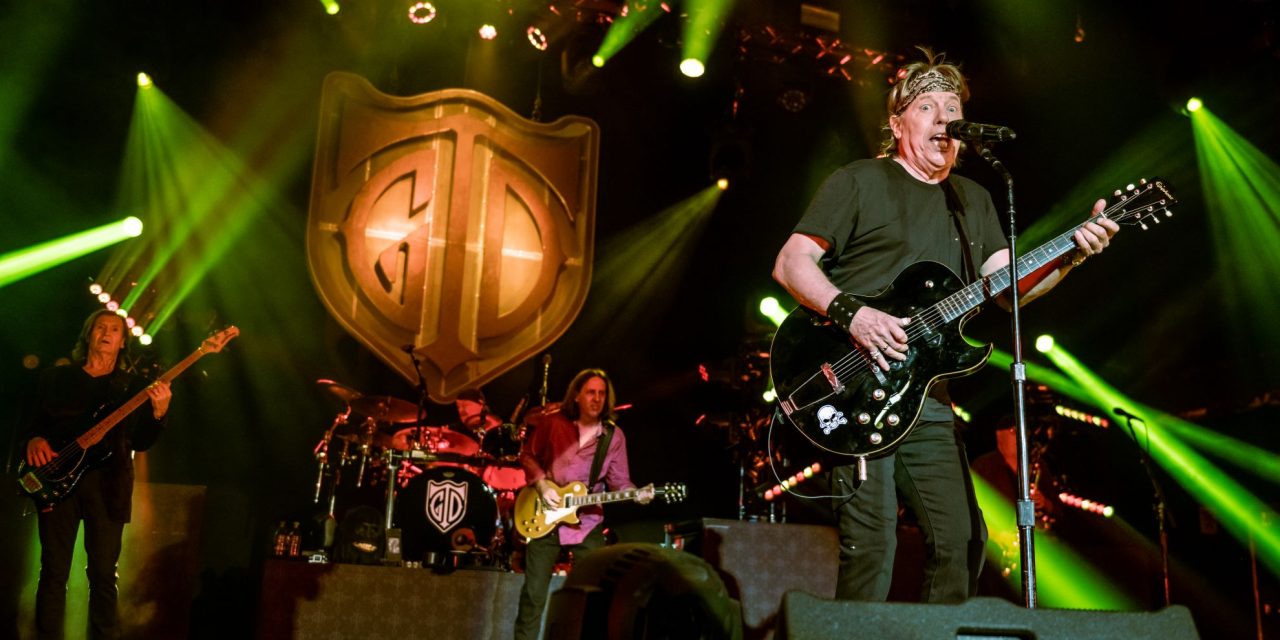 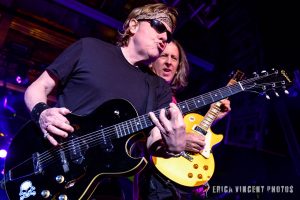 The All-American unapologetic rock-and-roll revivalist George Thorogood and the Destroyers are on their ‘Good To Be Bad‘ tour to celebrate 45 years of rock! Known for songs like “Bad to the Bone,” “Get a Haircut,” and “Born to Be Bad,” George Thorogood and the Destroyers have sold more than 15 million records in their career. The group has also earned its status as an energetic live performance, regularly delivering high-energy performances all over the globe. I have seen them play every time there is a show in Southern California, and I still love seeing them and look forward to it. Does Thorogood still think it’s good to be bad?

I arrived at the venue to find a line of a few hundred fans, eager for an evening of fun. They all packed into the House of Blues; most had drinks in hand of one bourbon, one scotch, one beer, you get the idea, haha. The crowd was ready and screaming for the band. Many were recounting past shows with George Thorogood and the Destroyers. If you haven’t seen them yet, please change this. 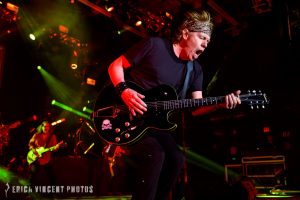 The Destroyers hit the stage with original drummer Jeff Simon, and bassist Bill Blough, guitarist Jim Suhler, and saxophonist Buddy Leach. Thorogood follows with his classic shades and struts over to the edge of the stage to greet the crowd. Thorogood is a true showman and entertainer. He riles the crowd up and kicks right into ‘Rock Party.’ The night continues with all the classics you’ll want to hear. I have never heard anyone leave the shows complaining about the setlist of songs Thorogood and the Destroyers select. The show is gorgeous with the lighting (the band brings their own), so you can expect arena-style lighting no matter the venue. The singing and dancing through the set are fantastic, but Thorogood’s crowd interactions make these shows stand out from all others. He is a goof and tells jokes through the set; the crowd has tears in their eyes from laughing at the words he says. The air is pungent with alcohol; George notes this and declares a public service announcement “Don’t drink and drive” and continues as he has a drink in hand. He looks at his drink and starts laughing and says, “Sometimes I’m so full of shit, even I don’t believe it.“ 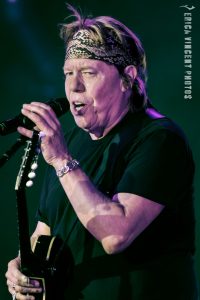 The night continues with tasty blues-rock riffs from the band, several face-melting guitar solos from Thorogood on his Epiphone White Fang (I love this guitar), and more jokes and stories that range from an old coach who told Thorogood to get a haircut and get a real job, to touring stories, to more crowd PSAs that will leave you chuckling for days. So does George Thorogood and the Destroyers think it’s still good to be bad? Thorogood flashes the iconic grin of his and responds, “We’ll always be the baddest band in the land. Expect our best on every tour because that’s what you’re gonna get.” The band leaves the stage while a stage manager throws a blanket over Thorogood’s shoulder and is guided off the stage. If you know Thorogood, you know this is all just him being a goof again. Before leaving the stage, he throws the blanket off and escapes the clutches of the manager, running to the edge of the stage to say a final goodnight to the crowd.

I cannot stress enough how awesome this band is live. There are dates across the US, Canada, and Europe slated from now through 2022. The next show for SoCal is the Avila Beach Blues Festival in May 2022.

VAIN and Leather Duchess at The Whisky 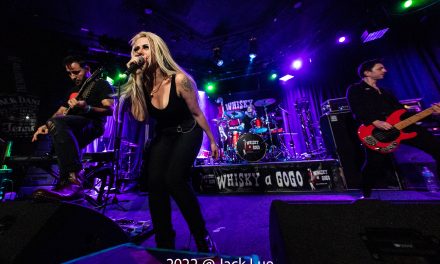 Alibis at The Whisky – Live Photos