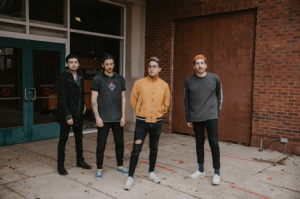 Southern California’s DAYSEEKER have announced their Spring 2022 tour plans. The band will embark on a headline run that kicks off April 2 in Los Angeles and blazes a trail through country before wrapping on May 13 in Anaheim.

The band will be performing their fourth album, 2019’s Sleeptalk, in its entirety on this run.

Support will come from Holding Absence, Thornhill, and Caskets.

“This is our first proper headlining tour since our start as a band and this is the perfect album to highlight,” says Dayseeker. “The supporting bands are incredible and we know this is going to be a very special experience for everyone involved.”

Get tickets here or here.

Upon its initial release, Sleeptalk was labeled “a warm and welcome release to higher ground” by Alternative Press. Soundfiction claimed that the record “has shown us that this band is a force of nature when it comes to what the band is capable of.” Deadpress stated that the record brought “some much needed fresh air into the post-hardcore scene.” The album has gone on to accumulate over 40 million streams. The record effectively positioned Dayseeker as one of the scene’s most formidable forces and a band that is primed to take its next big leap.

Earlier this year, Dayseeker released a digital deluxe version of Sleeptalk. It dropped on September 24, 2021 — almost two years to the day since the release of the original. It’s available here. The deluxe edition included four reimagined versions of album tracks, which offered fans a fresh and unique take on songs they already love. 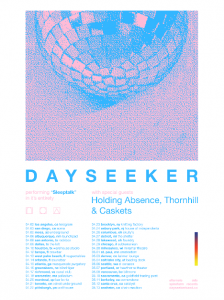 Ron Coolen and the All-Star Recording of RISE