Alternative rock quartet Villain of the Story release self-reflective new single; sign to Out of Line 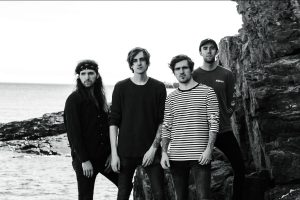 Alternative rock quartet Villain of the Story release self-reflective new single; sign to Out of Line

Alternative rock four-piece Villain of the Story have signed to Out of Line Music, and in celebration, have released the new single and music video for ‘Losing Control‘.

‘Losing Control‘ is the perfect mix between the heaviness of modern metalcore and the best melodies in classic, heavy rock with a catchy chorus and a powerful production. The song is about when anxiety becomes so unbearable that you don’t feel comfortable in your own skin, as the band explain: “It’s about that struggle of not feeling in control, but also how the only person that can control your mind is yourself. It’s a battle that’s sometimes very hard to fight, but the song aims to capture that moment in time when you’re trying to talk yourself down.” 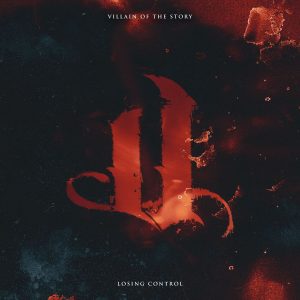 Speaking about the signing to Out of Line, Villain Of The Story comment: “We are thrilled to be signing with Out of Line. Everyone feels eager to work with us and bring our music to the next level. We’re excited to work with a team of genuine people and can’t wait to release new music with them.”

Villain Of The Story are on top of the game in the quickly growing and healthy modern metal and rock scene, their presence already visible across social media platforms. Now, following on from their last singles and videos, the Minneapolis, MN (USA) based four-piece really come into their own on ‘Losing Control‘. With an upcoming album already cooking, the band reveal that it is “the most diverse album we’ve written. It’s the evolution of our overall style of mixing heavier songs with lighter songs, but with some extra experimentation. A couple of tracks that feel familiar, a couple that feel new for us, and a couple that blend both sides of things.”