Fans of bands such as Opeth, Isis, and Pelican should explore the exhilarating post rock reveries of Katre.  With member based in historic places such as Berlin and Istanbul, Katre presents deeply personal instrumental art that captivates the senses and sets the imagination in flight.  Behind The Resilience is the name of the latest Katre magnun opus, and it’s a grand and sweeping epic well worth seeking out.  Highwire Daze recently interviewed guitar player Hasan Koç to find out more about the magic and intrigue found within the realm of Katre.  Read on…

Introduce yourself, tell me what you do in Katre, and how long the band has been together.
Dear Ken, I would like to start by expressing our gratitude for this interview, thanks for having me on behalf of Katre. My name is Hasan Koç, I am the guitar player and founder of the band. We have been playing together for a long time, but officially, Katre started in 2014.

Where is the band based out of and what is your local music scene like there?
The band is transnational, but based in Berlin. Özgür (bass), and I live in Berlin, Okaner (drums) and Sah (synth) live in İstanbul. From my perspective, the music scene is very colorful and rich here in Berlin. Before the pandemic, it was so easy to find gigs and listen to the amazing bands live. There are many quality places hosting bands from all over the world here.

Is there any overall story or concept behind the album title Behind The Resilience?
Yes, there is. In fact, with any record we make, we love to center them on a concept. The debut album Encounters tells stories of existence. Behind the Resilience focuses on a refugee story, an extremely important topic to us, both on a personal and an emotional level.

What was it like to write and record the new album in the middle of a pandemic, and has the age of Covid-19 influenced the music or song titles at all?
We were not necessarily affected by the pandemic in terms of writing and recording, because we are a band split in different geographies and learned to communicate our artifacts online. We are trained in this. 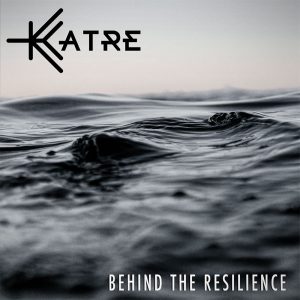 Who produced Behind The Resilience and what was it like working with them?
Chris Edrich produced the album, who worked for great bands such as Gojira, Leprous, Tesseract, Klone, and many more. We were very happy to be accepted by him and as expected, it was like a dream working with Chris. He consulted us on important matters, even those were sensitive topics and any other producer would tell you “I do not care. You are the band”. He was very patient and sent us versions until everyone was happy. Not to mention his invaluable recommendations in terms of the direction of the sound. Chris, we love you and hope to meet you again for the next records! Also, many greetings to Pierrick Noel, who did an excellent job in mastering the album.

Has Katre played live recently or plan to do so any time soon?
Ah, unfortunately not. We started as a pure studio project, but now, we all want to play live. Yet, the challenge is currently trying to get the band booked. As the organizers had to move their schedules in 2019 and 2020 to 2021 and 2022, it is extremely hard to find an appropriate slot for Katre.

If Katre could open for any band either now or from the past, who would it be and why?
I think most of the band would agree on the name Opeth or Pain of Salvation. I guess it would be great to express our thankfulness to the masters before we show what we learned from them.

When you look back on your debut album Encounters in 2017, what do you think of it now in retrospect?
This will be a personal answer. As for everybody, my life has different chapters. Those are connected to the different cities reflecting my immigration experience. One important city dear to my heart is Rostock because Encounters saw the light of life there, similar to my firstborn, and hence the songs were about the topic of existence. How do we come to life? How do we take shape, feel and learn? Trying to find answers motivated Encounters, alongside with a beautiful sentence “unrelated details give our life a meaning”. When I (or even, my eldest) listen to the songs today, it feels like a journey in time. I guess music gives you a way to memorize your feelings. You can just open the box and all of a sudden you know what you felt when you were writing, recording, producing those songs.

From a technical perspective, I would probably have composed and produced Encounters quite differently, had we done it in 2021. But I am extremely happy that I do not have this chance and Encounters came out the way it is now.

Are you or any of the other members involved with any other bands outside of Katre?
Yes, Özgür and I have separate Turkish Heavy Metal projects, but we use lyrics there 😊 Okaner plays in different bands as well.

What do you hope 2022 brings for you and for Katre?
Well, if our hopes ever came true, we would ask the world to be a better place for everyone, but especially the kids. No more wars, no more violence, no immigration, and of course less greenhouse gas emissions!

Any final words of wisdom?
With Behind the Resilience, we told a refugee story with our instruments and wanted to raise awareness on this topic. I hope this musical journey helps the listeners to connect to our feelings and maybe emphasize more with the refugees. Thanks a lot for this nice interview, stay safe and we wish Highwire Daze all the best. 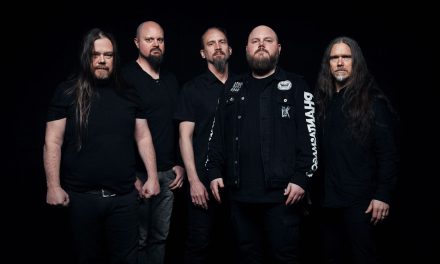 The Struts at House Of Blues Anaheim – Live Photos