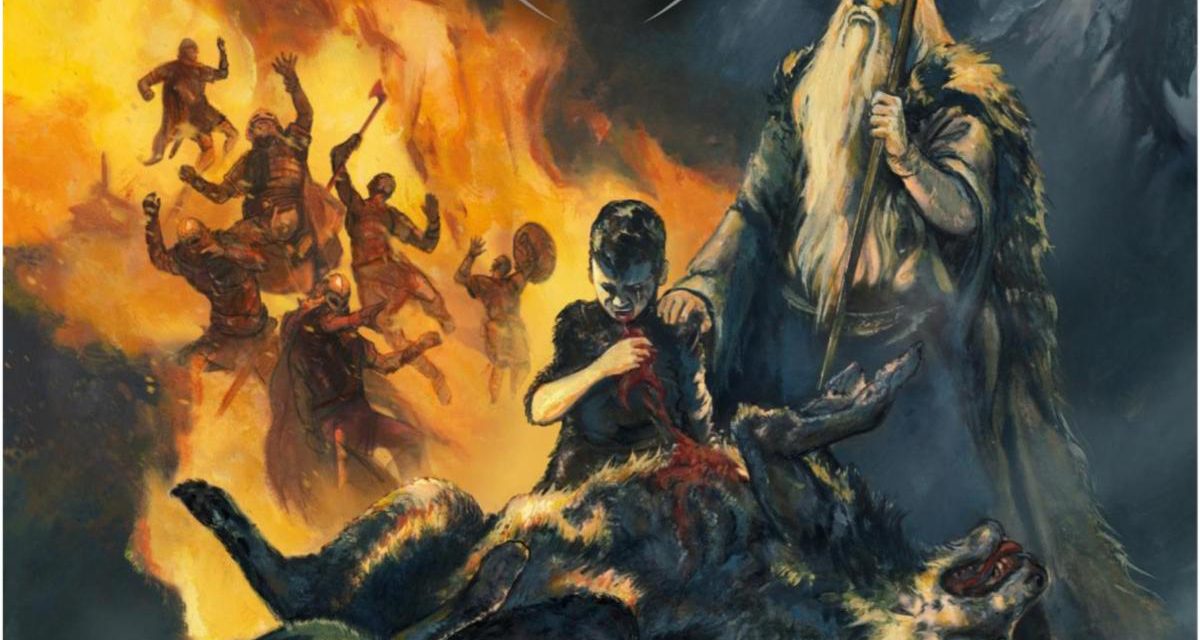 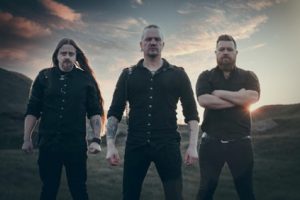 Swedish folk metal pillars MÅNEGARM have made a name for themselves in the international scene by releasing nine full-length records since their debut, Nordstjärnans tidsålder, back in 1998. Now, the Scandinavian crew takes another stroll through ancient sagas and myths of long forgotten times on the successor of 2019’s chart-topping Fornaldarsagor with their upcoming 10th studio album, Ynglingaättens Öde (EN: the fate of the Ynglinga kin), out April 15, 2022 via Napalm Records.

In their multifaceted world of sound, MÅNEGARM incorporate Pagan inspired lyricism based on the old Norse poem Ynglingatal, which describes the fate of an old Norse dynasty – the house of Ynglinga. Ynglingaättens Öde offers balanced variety and atmosphere, breathing new life into ancient myths.

To sink deep into this unique occasion and to keep the Viking flame burning bright, the three-piece have just released their staggering brand new track, entitled “Ulvhjärtat” (EN: the Wolfheart), alongside a gripping official music video. An acoustic introduction acts as a prelude for a stomping yet catchy hymn with harsh riffs, engaging drums and anthemic melodies, as MÅNEGARM underline their standing as spearheads in the world of Viking metal once more. 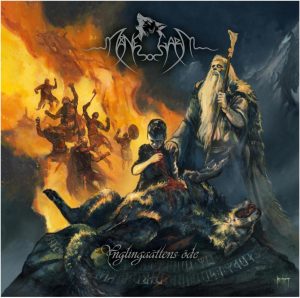 MÅNEGARM on “Ulvhjärtat“:
“‘Ulvhjärtat’ is about Ingjald Illråde, who was the last king of the Ynglinga dynasty that ruled over Uppsala and Svetjud. As a young boy, Ingjald was weak and frail but during a great feast, the midvinterblot, Ingjald was advised by his foster-father, the blind man Svipdag, to eat a wolf´s heart to gain strength. Ingjald followed the old man’s advice but the outcome was not only that Ingjald became hardened and stronger… he also took on the mind and temper of the wolf.

Ingjald grew up to be an ambitious king determind to make his kingdom grow, but his mind grew darker and darker. His treacherous mind made him invite nearby kings just to burn them alive and expand his kingdom, his ferocious and ruthless rule contained betrayals and oath breaking and he finally came to be called ‘Ingjald the illruler’…”

On Ynglingaättens Öde vocalist Erik Grawsiö tells the stories of kings, warriors and battles with clear vocals and contrasts them with grim growls and fierce battle cries! With the uncompromising ten-minute opus “Freyrs blod”, MÅNEGARM lure the listener deep into ancient times. The track spans a wide arc between black metal elements that flow into more melodic parts and even acoustic interludes with guitar and violin tunes, just to turn once again into thunderous soundscapes. With this majestic opener, MÅNEGARM showcase why they are regarded as Swedish genre pioneers with good reason, as they inimitably manage to combine vicious black metal foundations with classic folk and Viking elements. On the way there are acoustic introductions echoing, as on “Stridsgalten”, acting as preludes for intense metal songs with harsh riffs and engaging drums, underlined by anthemic melodies. “Stridsgalten” marks another highlight of the album, as it features outstanding contributions from prominent guests Jonne Järvelä (Korpiklaani), Robse Dahn (Equilibrium) and Pär Hulkoff (Raubtier/Hulkoff). All renowned in the folk and Pagan metal scenes, together they proudly present a stomping track telling the story of a bloody battle to honor Odin. “Vitta vettr” features black metal trademarks like blast beats and freezing riffs, creating a darker atmosphere. On the other hand, there’s the ballad-like “En snara av guld”, transporting melancholia by Lea Grawsiö Lindström’s gentle vocal harmonies (daughter of vocalist Erik Grawsiö). This very sublime moment lines up with mighty tracks like hammering “Auns söner” and heroic “Adils Fall”. The album closes with the acoustic “Hågkomst av ett liv”, conjuring an atmosphere of sitting at a warm, sparkling fire while listening to tales of olden days, formed by the mesmerizing vocal duet of vocalists Ellinor Videfors and Grawsiö. With Ynglingaättens Öde, MÅNEGARM underline their standing as spearheads of the world of Viking metal once more and keep Pagan traditions alive, even after 25 years of existence.

MÅNEGARM on the album:
“Thousands of working hours turned into this beast – our new album, Ynglingaättens Öde. We truly believe this album is our strongest and most complete album to date and despite the dark days of the pandemic, we have created a concept album that is 100% MÅNEGARM and packed with strong melodies, riffs and powerful choruses. This time, we explore an old Swedish Norse dynasty of rulers where we detail their deeds, their rule and above all – their deaths.

So come join us on this journey and meet the fate of the Yngliga kin!” 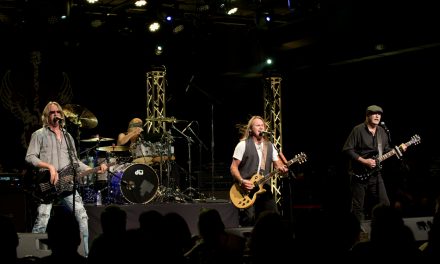 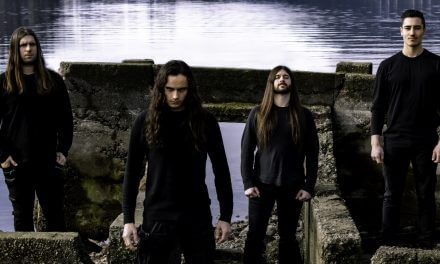 Into The Epic Metal Realm of Atavistia 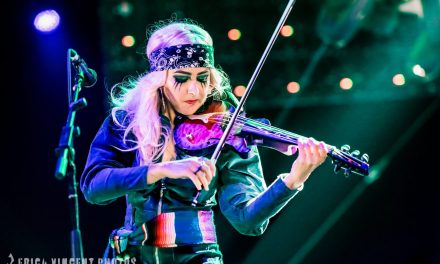 Metalachi at Concerts In Your Car – Live Review