The Thrashfall Anthems of Lesson In Violence 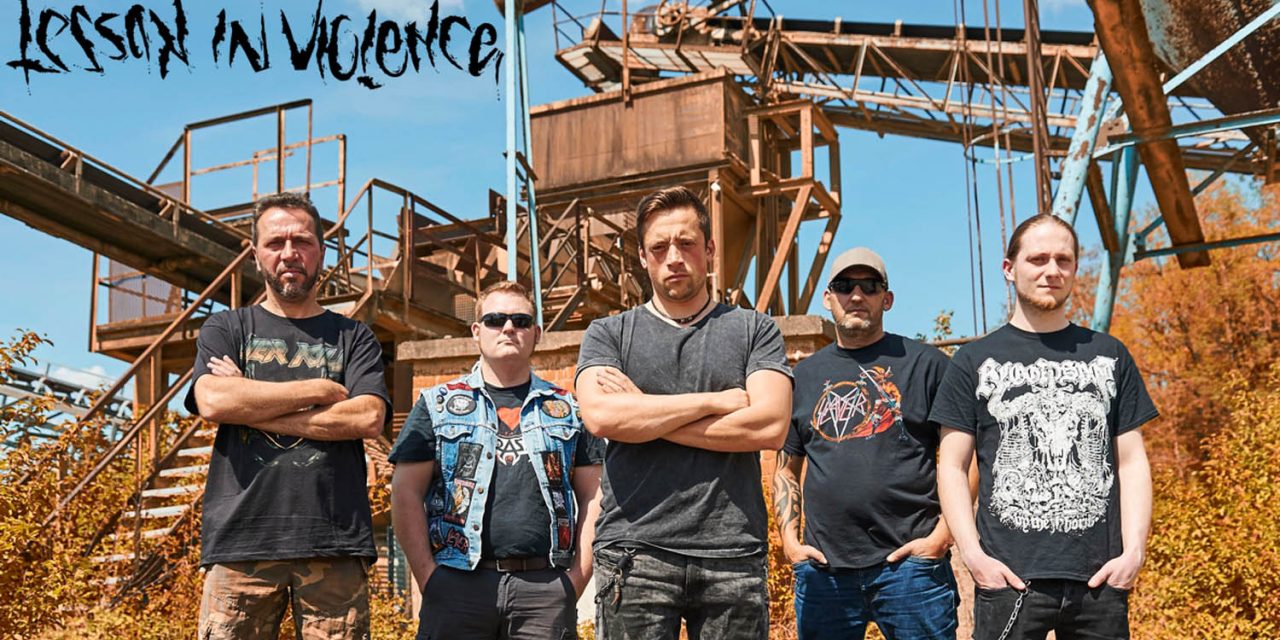 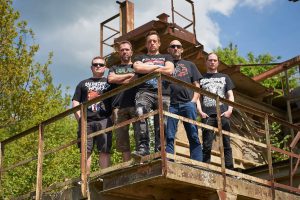 The Thrashfall Anthems of Lesson In Violence

Lesson In Violence in a kickass band on the rise whose thrash metal anthems are destined to gain a good deal of attention above and beyond their home country of Germany.  The Thrashfall Of Mankind is the name of their just unleashed magnum opus, now available worldwide via Iron Shield Records.  This is classic thrash metal in its finest hour, packed with a sonic intensity in all out overdrive.  Highwire Daze recently caught up with two members of the Lesson In Violence brigade to find out a whole lot more about this supreme thrash metal battalion.  Fans of Slayer and Sodom should especially take note and read on…

Introduce yourself, tell me what you do in Lesson In Violence, and how long the band has been together.
Greetings, this is Roli. I work on four strings and do backing vocals. And my name is Flo #2 (‘cause we also have a Flo #1 singing with us 😉) and I play the guitar in LIV and do some Background-shouting. Together we do much of our songwriting.

Where is the band based out of and what is your local music scene like there?
We are from Schweinfurt, Bavaria and we have a quite strong community in our area. Many bands are organized in clubs and so do we. We are a member of the “Rockverband Schweinfurt e.V.” with plenty of other bands. We support each other by setting up shows together for example.

How did you wind up signing with Iron Shield Records?
We have been following Iron Shield Records’ releases for quite a while and it is really hittin’ our spot. So one day I wrote an E-mail to Thomas Dargel and asked him if we could send him some material. I sent him four songs that we recorded for this purpose and he liked it. So we went to Berlin, had a night of heavy drinking and the deal was sealed.

Is there any overall story or concept behind the album title The Thrashfall Of Mankind?
Kind of. We all love classical thrash metal and there should be much more of it in the world. We think that the world should be overwhelmed with thrash metal but in a positive way, not a downfall but a thrashfall! 😉 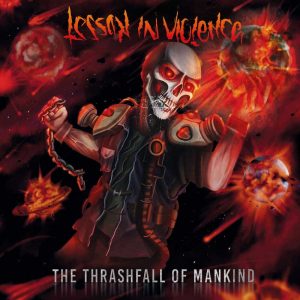 Select two songs from The Thrashfall Of Mankind and what inspired the lyrics?
There is ‘Thrash Metal Mankind’ which is inspired by the memories you have, when you think about partying in your youth while blasting thrash metal and drink way too much beer and nowadays you are often forced to listen to some meaningless stuff that doesn’t cause any emotion but boredom. And ‘Lesson In Violence’ is a song about what it’s all about. Music must be aggressive and violent, because there should be no place in the world or in real life for violence.

Who did the cover art for The Thrashfall Of Mankind and how much input did you have on it?
I had a rough idea of what I wanted so I drew a sketch and sent it to some artists to get some more impressions. Wasikendedes Art from Indonesia came up with the best results so he did it. I knew a bit about his previous artworks because he already did some artwork for a friend’s band. And the logo-artwork was made up by my cousin’s wife Lisa, she is very talented and we loved her first try!

What could one expect from a live Lesson In Violence show?
Probably less than you think! 😉 We don’t want to do fancy light-shows or use requisites and besides us, playing and having fun with the audience, there is no show on the stage. Just raw and brutal shredding without any accessories. Like it is written in the lyrics of our song ‘Lesson In Violence’.

What are you looking forward to the most about your upcoming appearance at the Metal Franconia Festival 2022 with Soilwork and Elvenking?
To get on stage for the first time in two years and play some serious thrash metal, drinking beer with everyone front – and backstage. We will have a good time and we deeply hope, that we help all metalheads who are into thrash metal to have a good time too.

If Lesson In Violence could open for any band either now or from the past, who would it be and why?
I think we would choose Slayer. They said goodbye to the stage and it would be awesome to bring them back with us opening the stage. 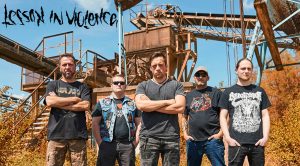 Are you involved with any other bands or projects outside of Lesson In Violence?
Not at the moment.

Germany is very famous for their BEER!!! What is your favorite beer of choice and why?
This is a dangerous question, because there are hundreds of breweries to mention. Just visit https://www.franken-bierland.de/brauereien/ and then you know why.

What do you hope the rest of 2022 brings for you and Lesson In Violence?
We hope to play all the planned live-shows and make new friends and contacts to promote our album and efforts. We hope to increase our range to play shows all over Germany.

Any final words of wisdom?
Thrash is all you need! *clearing throat* Buy our Album! 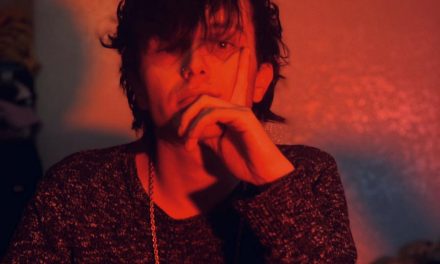 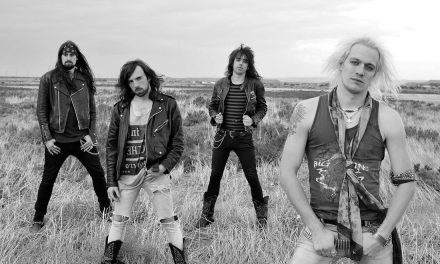