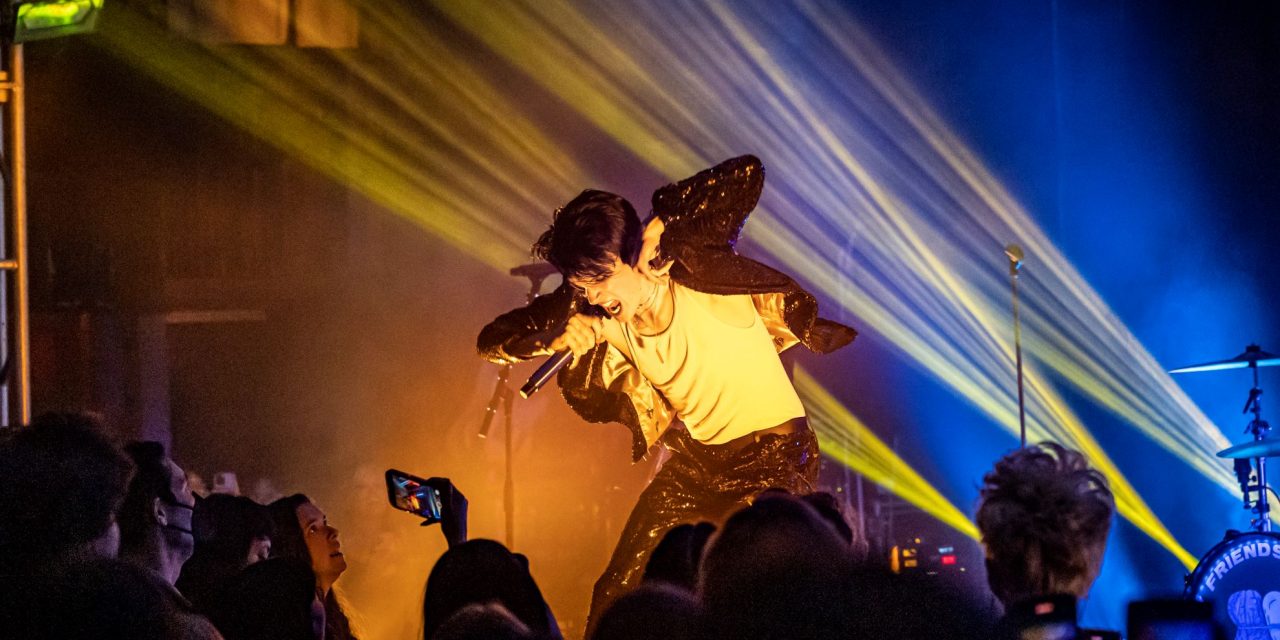 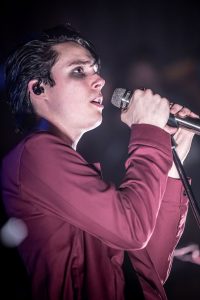 The Troubadour is well known for hosting star making shows possessing memories that will last for a lifetime. And no matter what kind of mood you were in when entering the iconic nightclub, the trifecta of Weathers, Twin XL, and Free Arlo would indie pop rock your world and then some! Leaving a great big smile on even the most jaded of music critic, these three acts made for a superbly vibrant night of live music in the City Of Angels.

On their second headlining tour ever, Weathers was presenting a hometown show that was clearly sold out and packed to the rafters. With big poppy tunes about metal health and other complexities to be found in this crazy world, Weathers delivered it all with a massive amount of heart and conviction, and the audience responded tenfold. And do these guys know how to deliver extremely memorable songs!  1983, Vampire, and Your Secret’s Safe With Me will remain gleefully in your head for ages and should be all over the worldwide radio airwaves.

Vocalist Cameron Boyer has a ton of presence and charisma, and his sincerity and impassioned singing really bring the listener in.  The entire Weathers brigade is rock solid, displaying a musicianship that tantalizes the senses.  With shows this dynamic, it won’t be long until Weathers is playing even bigger venues. With terrific songs and a positive message to back it all up, Weathers is exactly the type of band this we all need in these troubled times! 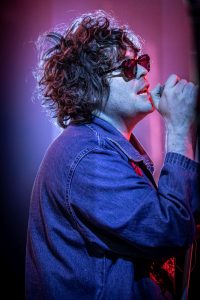 Personally invited by Weathers to open their local West Hollywood date, Twin XL was the perfect support act, and really sent the room spinning with their rapturously infectious brand of indie pop rock. Front man Cameron Walker has been delivering the goods in other bands such as The Ready Set and Weatherstar – and with the arrival of Twin XL, there is only one way to go for the entire outfit, and that’s straight into the stratosphere. Opening their set with the wickedly delicious refrains of Want You, Twin XL definitely captured the audience’s attention from the get-go. And judging by the number of fans singing along to each and every song, there is little doubt that many in the very packed room were already familiar with this amazing collective.

One of the big and glorious highlights of the Twin XL set was when the band unveiled the just released single Upgrade, complete with a special guest appearance from Nick Wold of Dreamers.  So many dazzling pop rocking songs were to be discovered within the realm of Twin XL’s live show, including Problematic, Sunglasses, and Messy. Expect to hear a whole lot more from Twin XL in future days – the band is on fire and have a lot of new jams to present to the world. Stay tuned! 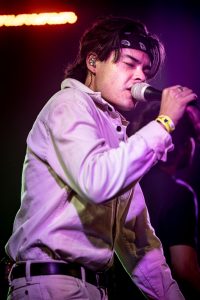 I had never heard of Free Arlo before their opening set at the world-famous Troubadour, but this talented artist and his brilliant songs are something both myself and many in the audience will be revisiting time and again. Featuring selections brimming with a pensive introspection while possessing a keen sense of humor, Free Arlo unveiled an unforgettable opening set.  Some of the most impactful songs in the Free Arlo repertoire include Summer Again, Monday, and especially the heartfelt 25 – all available on iTunes and Spotify. Here’s hoping Free Arlo play a live show out here again soon, because there’s a sweet authenticity and overall sense of hope and spirit found within each and every song.

The entire night at The Troubadour was pure indie pop perfection, and one left the legendary nightclub feeling absolutely enraptured wanting to further explore the auditory catalog of these three amazing bands on the rise. 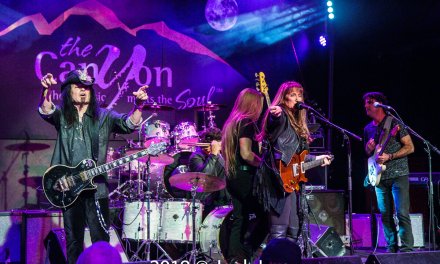 Diane & The Deductibles at The Canyon Montclair – Live Photos

Discharge at Blackest Of The Black Festival – Live Photos 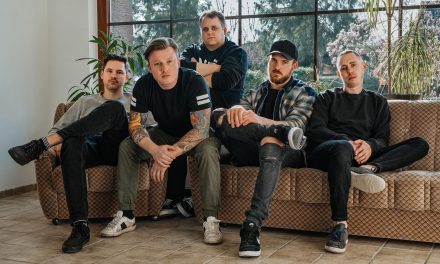 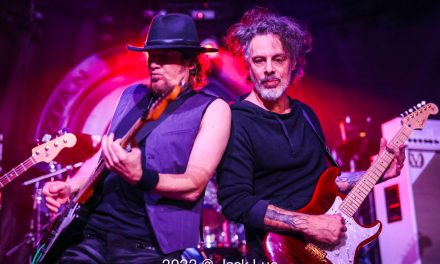