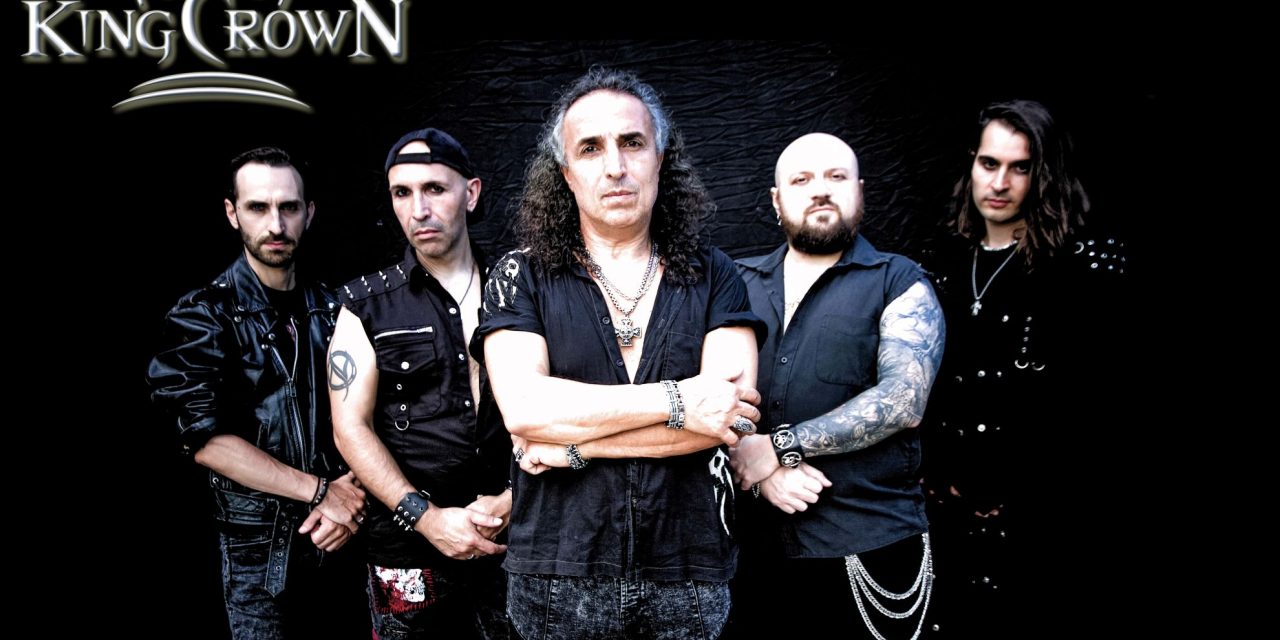 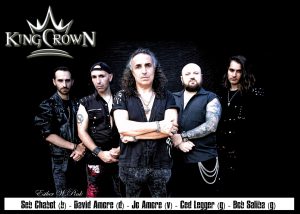 Kingcrown is an exhilarating power metal band from France who has just unleashed Wake Up Call, their latest and greatest magnum opus via the almighty ROAR Rock Of Angels Records.  The band features Jo Amore on vocals and his brother David Amore on drums, best known for their glorious tenure within the ranks of Nightmare.  Kingcrown continues the metal legacy of the brothers Amore, and Wake Up Call is a stunning album metal fans will want to revisit time and again.  It was an honor to interview Jo Amore of Kingcrown to discuss this chapter in his ongoing adventures in music.  Read on…

Introduce yourself, tell me what you do in Kingcrown, and how long the band has been together.
Hi, I’m Jo Amore singer of the band from the beginning, with my brother David Amore drummer. Ced Legger and Bob Saliba are both guitarists and Seb Chabot is the bassist.

The band was formed just after David and I departure from the French band Nightmare in July 2015. We wanted to continue to live our passion together. Steff Rabilloud (ex Nightmare guitarist), Florian Lagoutte (ex Forsaken World guitarist) and Markus Fortunato (ex MZ) joined us under the initial name OBLIVION changed by KINGCROWN after a first opus called RESILIENCE. A second album was realized, called PERFECT WORLD with this line up.  During the pandemic the line-up changed and we realized WAKE UP CALL.

Where is the band based out of and what is your local music scene like there?
We’re from the south of France, around Marseille city.  We have a lot of metal bands but many more extreme and not so much Heavy Metal bands.  Dagoba is the most known for example.

How did you wind up signing with Rock Of Angels Records?
Like most of the other groups, we contacted them and they decided to give us the chance.  I think our music fits well with what they use to produce. We are very happy to collaborate with them.

Is there any overall story or concept behind the album title Wake Up Call?
Mankind has to realize that it has to live in connection with his environment. This is like a message of hope, against the bad things we are living these days: pandemic and war for example.

Select two songs from Wake Up Call and what inspired the lyrics?
I want to talk about Lost Foreigner. This song is about my parents’ history and about all these people who had to leave their country, their family and their roots, in search of a better life. And all the disillusion they met.

Been Gone So Long is about what a father had to face in a divorce. His difficulties to have the same rights of his ex-wife concerning his children .I was inspired by a friend real situation when I realized his deep pain and impotence. 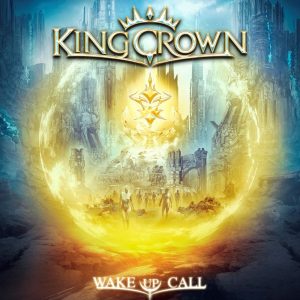 Who did the cover art for Wake Up Call and how much input did you have on it?
We decided to work with the very known Felipe Machado for his big experience with a lot of metal bands. (Iron Savior, Blind Guardian, Axel Rudi Pell….)  We just told him that we wanted to illustrate the reburn of a new mankind going on from the ruins of an ancient world. He found immediately what we wanted and the result is amazing, of course by my opinion.

What could one expect from a live Kingcrown show?
All the songs of our Wake up Call album are built for live. They are sufficiently effective and dynamic to generate public buy-in.  We are very excited to be back on stage after 2 years and half of silence

What are you looking forward to the most about your upcoming show with Tygers Of Pan Tang in November?
We are very proud to open for TYGERS OF PAN TANG. This is for us a great occasion to meet new public in Europe and show off our music, our band, and the pleasure we have on stage.

If Kingcrown could open for any band either now or from the past, who would it be and why?
My personal preference was to open for Rainbow, Whitesnake or Dio for example.  Now, there are a lot… why not Symphony X, Helloween, Pretty Maids, and more…

When you look back at your time spent in Nightmare, what do you think of it now in retrospect?
I was in Nightmare during 37 years. You can imagine, I was a teenager at the beginning and I had a lot of amazing experiences, I played in many countries around the world, in the biggest festivals, and met a lot of musicians I’m a fan of. Nightmare is a part of my life whether I like it or not.

Do you still keep in touch with any of the members of Nightmare or have heard any of their recent albums?
No, I have no contact with them anymore. The Nightmare I was part of is dead.  Our departure of the band, marked a radical change of direction. Personally I can’t imagine a band I’m fan of doing this; for example Whitesnake with a female singer??…

Are you involved with any other bands or projects outside of Kingcrown?
I joined the band of Joe Stump (Alcatrazz) called TOWER OF BABEL and a new album will be out soon.

What do you hope the rest of 2022 brings for you and Kingcrown?
I hope we can meet our fans on all the concerts that are planned .We really miss the stage during the lasts 2 years.

Any final words of wisdom?
Continue to support Metal bands by going to see them on stage and buying their albums! 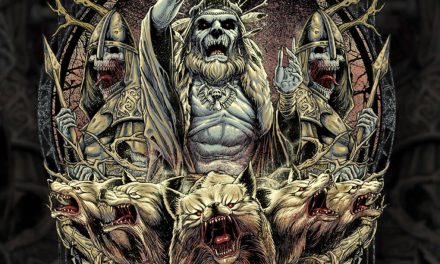 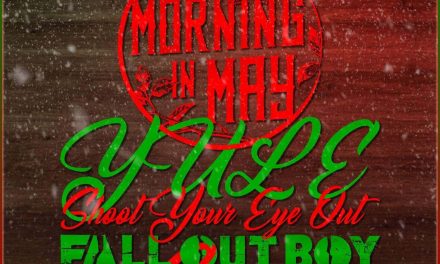