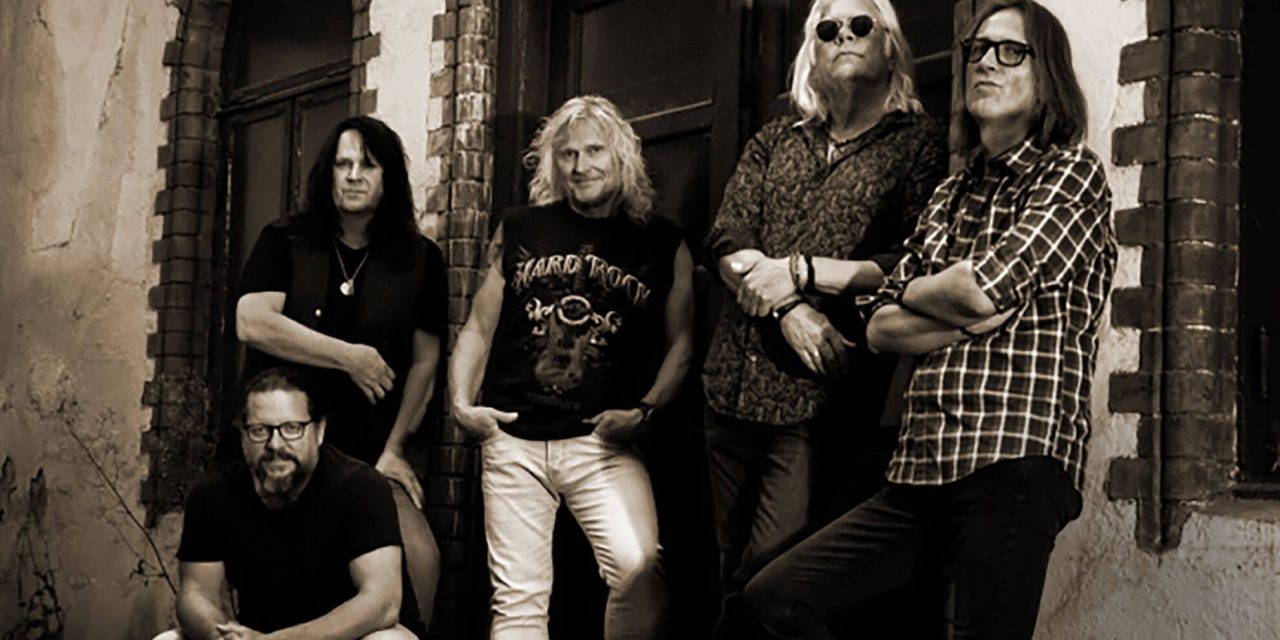 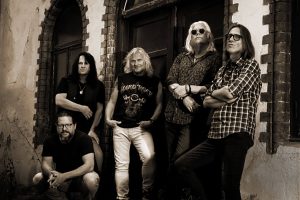 Based out of the legendary Oslo, Norway music scene, Days Of Wine has arrived and they are ready to intoxicate the listener with their melodic rock reveries.  Featuring members of bands such as Ronni Le Tekro’s Kingdom, Stoneflower, 21 Guns, and A-Ha, Days Of Wine has just released their Self-Titled debut via Pride & Joy Music.  Special guests on the album include famed session musicians/brothers Gregg Bissonette and Matt Bissonette as well as an appearance by the one and only Ronni Le Tekro – of course best known for his work in the long running TNT.  Highwire Daze recently interviewed guitarist Jon Johannessen to find out more about Days Of Wine and their standout first endeavor.  Read on…

Introduce yourself, tell me what you do in Days Of Wine, and how long the band has been together.
Hi, I’m Jon Johannessen, I’m one of the two Guitar Players with the Band. The Band has been a working unit for the last four Years. Most of us have been close friends for half of our lives. Before we went for a collaboration, we all had Bands on each our sides, Leif Johansen had 21 Guns – a long standing partnership with Guitar supremo Scott Gorham, as well as stint with A-Ha, Leif Digernes have done loads of session and Tour works with the elite of Norwegian Artist, Geir Digernes the same, – as well as renowned Norwegian AOR Band Sons Of Angeles.

Tom Sennerud and I have had the Bands Diesel – with Diesel Dahl of TNT, as well as the Band Stoneflower – which made three Albums.

Where is the band based out of and what is your local music scene like there?
The Band now are all living in Oslo/Norway. The Music Scene here is now again in full bloom, since the Covid-epidemic is finally letting go. Oslo itself have several great mid-sized Clubs, as well as three great Arenas. There’s more Gigs here than I can ever remember. The upcoming Festival-Summer is also looking Great, with five – Mega-Festivals in Oslo alone !

How did you wind up signing with Pride & Joy Music?
Working in the Hard Rock/AOR genre for many years, we had the great fortune to have an connection with Georg Siegl/AOR Heaven, who in turn suggested our Band would be a great fit for Birgitt Schwanke/Pride & Joy. It’s great to acknowledge this level of professionality.

Select two songs from your Self-Titled album and what inspired the lyrics.
I’d go for My Last Kiss, – which is – would you believe – inspired by the battle of The Wounded Knee…. On the opposite side of the spectre is the Song Seven Days In Love, which is a “tongue in check” look at a – not so lucky – relationship between a Man and a Woman.. That being said, the main load of the lyric job was laid on Leif Johansen’s responsible shoulders, since having the Language in his Blood from his upbringing in the US.

Who produced the Self-Titled album and what was it like working with them?
Actually, the album is produced by Leif Johansen, with double duty on Bass. His Musical and Technical knowledge is beyond most Musicians I know. We`ve been good friends and working Pals for at least 25 years. We`ve made quite a lot of Music together. 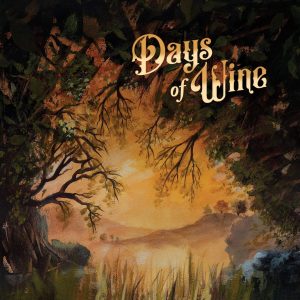 Who did the cover art and how much input did you have on it?
The cover art is done with another great friend – and renowned Bassist – Oivind Madsen. We did this in close cooperation, – mostly online during the Pandemic. Oivind was also responsible for producing a few demos for this album, all the way five years back. The front Painting is done by another great friend – Mai Britt Normann, a great Artist, – an extraordinary Songstress and Writer. Actually, Tom Sennerud and I did a series of Acoustic Gigs with her a few years back, acting as her backing Band. We did some Gigs, and direct-TV Gigs. A great talent, – who wanted to concentrate on her Painting for a few Years. Her Painting En Maltrost`s Begravelse was exactly what we wanted for this album.

How did Ronnie Le Tekro of TNT become involved with the song Paint The Sky and what has it like working with him?
Me and Ronni has known each other for 30 years. We collaborate on certain things, his playing on Paint The Sky was great fun! These days we`re also running a Studio together – (Studio Studio). And also as a friends-favor – I play add Guitar in his solo-Band, – which is about ten Gigs a year… Great fun! Ronni is such a committed Musician and Producer, so whenever he`s not doing TNT or his Solo-albums, he is an in demand producer.

What was it like having the brothers Gregg Bissonette and Matt Bissonette on the track Angels In Disguise and how did they become involved?
Basically Gregg and Matt are close friends with Leif Johansen. They dropped by the Studio – Stable Studios, the last time Matt was over with Elton John, – and they just Jammed around. It ended up too good to not use! It also served as a pinpoint for us all to measure our musical input to, – these guys have been doing Studio-works for a lifetime. So even though three of us in Days Of Wine have got functioning Studios, – there’s still so much to learn .

What could one expect from a live Days Of Wine show?
Hopefully – and most certainly – great Musicianship, great songs, – but not too much jumping around…. We’re old you know…. Only joking! For the Live-Shows we’re also bringing in our two back-up Singers Guro Marstad and Ida Helena Brynildsen, as well as Keyboardist Markus Klyve (Ronni Le Tekro`s Kingdom). Quite a Family!

If Days Of Wine could open for any band either now or from the past, who would it be and why?
Oh, – that`s a though one… We`ve got so many influences… I guess for Tom Sennerud it would be Toto, Leif Digernes would be Deep Purple, Geir Digernes would be Led Zeppelin, Leif Johansen – Frank Zappa, and mine – Pat Travers… (!) There`s a new dimension to bringing in your musical influences to a Band, – you can allow yourself to take the musical inspiration from your past, to a joint partnership. This really worked for us, it’s not a compromise, it’s an Musical melting Pot.

What is going on with your previous band Stoneflower? Any new music on the horizon?
The Stoneflower Band is on hold, – especially since both me and Tom Sennerud are both in Days Of Wine.  It might be that we needed to explore the more rockier side of our Music.

Are you involved with any other bands or projects outside of Days Of Wine, and Ronnie Le Tekro?
I think that is more than enough for now ! Our Music is challenging not only technical, – it also needs to sound good individual and as a Band. These days you have to stay on top of technology as well as musicianship. On top of that, – it`s the Songwriting, which we all take very seriously.

What’s up next for Days Of Wine?
Now we`re lining up some release Gigs for June. Slowly getting some more Songs together. We`re rehearsing, and that`s a great treat for us

Any final words of wisdom?
As one of my mentors – Paul Gilbert taught me – “never stop re-writing“… The Band has been writing Songs for so many years, – and of course there`s ideas – lying in a drawer – that needs re-writing. Let me just have a look…(!)

Thank you for taking the time to answer these questions!
Just a pleasure, thank you!! 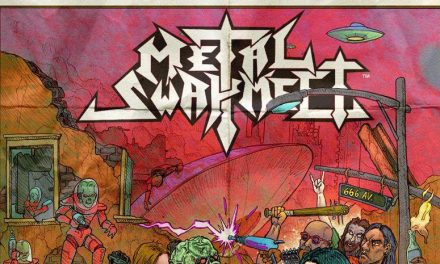 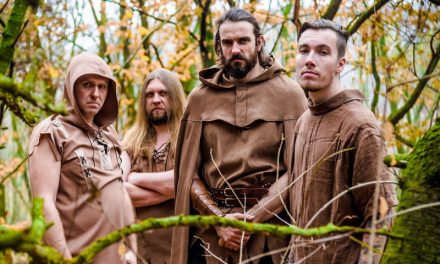 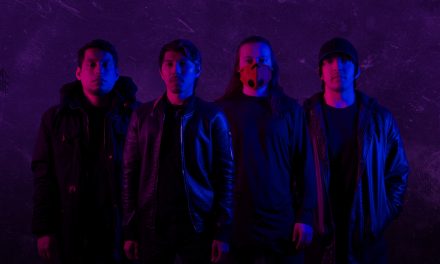