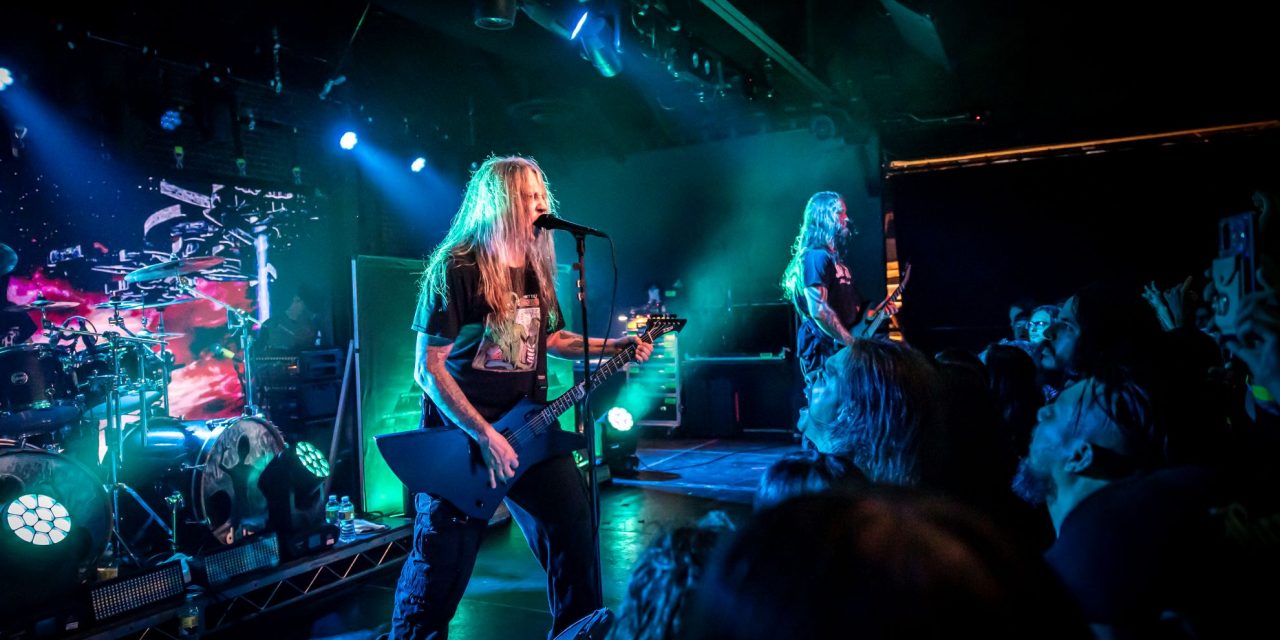 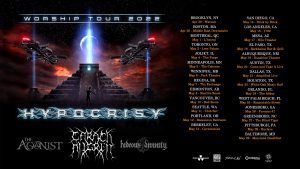 The heavy metal capital of the world moved to Los Angeles on the night of May 15th, with two solid shows competing at opposite sides of the City Of Angeles. While Behemoth and Arch Enemy were co-headlining at the famed Hollywood Palladium on the Sunset Strip, the Worship Tour made its way deep into the reverberation heart of the downtown area. And fortunately, both shows were packed with metal fans turning out in droves for these inspiring touring packages. The almighty Hypocrisy was headlining the infamous 1720, with tremendous support being supplied by the likes of Carach Angren, The Agonist, and Hideous Divinity. For those who packed out the 1720, it was certainly a night to remember for the metal ages! 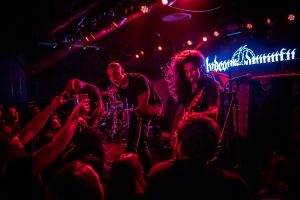 Up first was Hideous Divinity from the historic city of Rome, opening the night with their brilliant technical death metal reveries. With an overpowering sound that enveloped the cavernous walls of the 1720, the band sent the room spinning early on in the evening. Performing selections from their recent LV-426 release on Century Media Records, Hideous Divinity made the most of their short yet vibrantly intense set and easily gained a bunch of new fans in the process. Amongst the Hideous Divinity membership is Enrico “H.” Di Lorenzo on vocals, Enrico Schettino on guitars, Stefano Franceschini on bass, Giulio Galati on drums and Riccardo Benedini on guitars. Sonic devastation was in full force during the Hideous Divinity set, and what a massive display of talented this was! 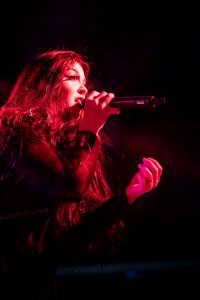 Canadian Death Metal Trailblazers The Agonist made their return to North America after 5 long years and unleashed an incredible performance at the Los Angeles stop of the Worship Tour. Hitting the road to promote their latest Days Before The World Wept EP on Napalm Records, The Agonist slammed into an absolutely raging set that soared into the stratosphere. Vocalist Vicky Psarakis is such a massive talent with endless energy – whether unleashing the brutal death metal growls or singing with the voice of angel, she delivers an absolutely mesmerizing performance. Danny Marino and Pascal Jobin present tremendously profound guitar interludes while bassist Chris Kells and drummer Simon McKay drive it all home with an almighty vengeance!

Highlights included Blood As My Guide, Orphans, Immaculate Deception, and the stunning EP title cut The Day Before The World Wept. With performances this outstanding, it won’t be long before we see The Agonist headlining their very own tours! All this, and Vicky graciously took the time to meet and greet fans at their merch booth after their show. 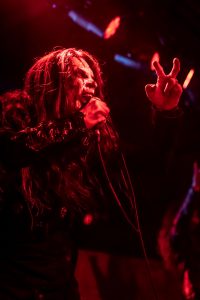 Symphonic horror metal masters Carach Angren was sensational, demonstrating why are one of the most compelling and entertaining bands on this dying planet. Based out of the Netherlands, Carach was back to terrorize the City Of Angels once more, and their live show is a grand and captivating both visually and sonically. Their latest studio album Franckensteina Strataemontanus on Season of Mist is a genre masterpiece of epic proportions, and it was thrilling to hear many of these songs unleashed live.

Especially powerful is the performance of front man Seregor, whose haunting presence and sinister vocal deliver set the imagination into supersonic overdrive. Additionally, the musicianship of each and every member is through the roof rock solid, making for a staggering assault to the senses. Another band that will more than likely be headlining their own treks across the world in no time at all, Carach Angren really know how to capture you attention, and their brilliant live shows are not to be missed! 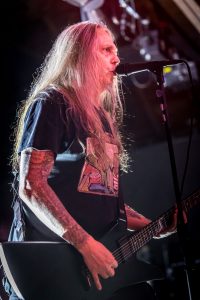 Swedish death metal veterans Hypocrisy has been releasing quality recordings for years and this reviewer has not had the opportunity to witness this band live – until now! I must say after my recent Zoom interview with legendary front man and producer Peter Tägtgren and hearing they’re absolutely amazing their brand-new album Worship on Nuclear Blast Records; I was super excited to finally see Hypocrisy live! And the band was absolutely thunderous, delivering one of the very best live metal shows of the year! Opening with a staggering rendition of their title track Worship, the mighty Hypocrisy blasted through a set highlighting a vast and glorious career in music. If a fan had a favorite Hypocrisy album, there was an excellent chance the band would unleash at least one song from it.

Highlights from their all-encompassing set of classics included Eraser, End Of Disclosure, Don’t Judge Me, and The Final Chapter. The new songs from Worship were also on full display, with Chemical Whore and Children Of The Gray making quite an impact on the crowd. Hypocrisy present it all with so much passion and conviction, and the audience response was nothing short of rapturous. This epic concert was brought to you courtesy the one and only Peter Tägtgren on vocals and guitar, Mikael Hedlund on bass, Tomas Elofsson of Berzerker Legion on guitar, and Henrik Axelsson of The Crown on drums.

The North American Worship Tour at the 1720 was an unforgettable night of intense and imaginative metal from some of the very best international bands spanning an all-inclusive genre. The Worship trek concludes at the Maryland Deathfest on May 29th! If you are anywhere near these finals shows, do not miss this amazing lineup! 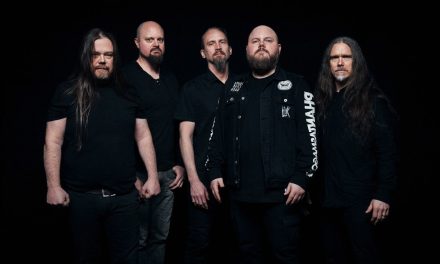 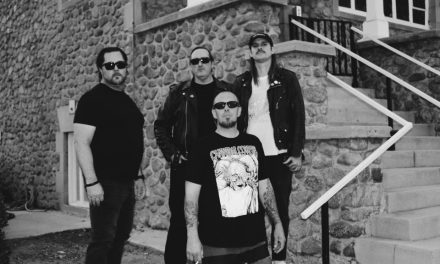 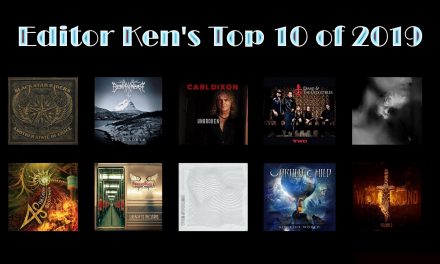