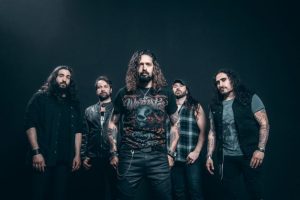 NEW SINGLE & VIDEO FOR THE TITLE TRACK OUT NOW

Frontiers Music Srl is pleased to announce the upcoming release of “Brothers In Arms”, the new Sunstorm album, the second to feature lead vocalist Ronnie Romero (Rainbow, Lords of Black, The Ferrymen). The album will be released on August 5, 2022. Today, the first single and video from the album, the title track, is available. Watch the video HERE: https://youtu.be/aZxjAjQ35Ws 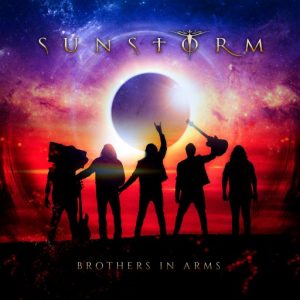 Prior to the writing and recording of 2021’s “AfterLife“, in discussions with producer and songwriter Alessandro Del Vecchio it was decided that moving the musical style of the next Sunstorm album to the more melodic AOR sound of the early records was what everyone wanted. Romero, with his powerful vocal style, was the ideal fit to deliver the goods for the music. “Afterlife“, the then new Sunstorm album, caught many in the melodic rock fanbase by surprise as it, for obvious reasons, arrived with a lot of history and expectations. But for his first foray into melodic hard rock territory, Romero delivered outstanding results on “Afterlife” and you are in for a treat on this new album which offers elements of the more melodic sound of Rainbow and Deep Purple mixed with the sound of Foreigner and Classic Melodic Rock.

““Afterlife” stands pretty tall in its own right, and Ronnie Romero stands as tall as he ever has.” – Metal Temple

“I can’t help but think that the addition of Ronnie Romero on vocals and a batch of songs that are both fast paced and melodically driven has helped to pump a new energy into the project. Afterlife shows that there is still plenty of life in SUNSTORM!” – KNAC.com

After the warm reception to “Afterlife“, it was quickly decided that a follow-up was in order and thus in the latter half of 2021 and into early 2022, “Brothers In Arms” was crafted. For those who enjoyed the previous release, prepare for another sonic delight!