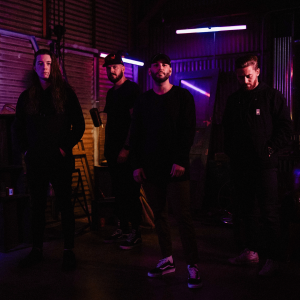 Today, CA based metalcore stalwarts SECRETS released their crushing new album The Collapse on Velocity Records. You can purchase and stream the album here. Garnering steady hype from a dynamic series of singles including titular track “The Collapse” and follow up “Get Outta My Head“, the new album showcases the bands relentless creative drive and ability to craft heavy music that has solidified their place as one of the most exciting voices in their genre and beyond. The record was produced by long time collaborator Tom Denney (formerly of ADTR).

The Collapse is a caustic 12 track tour-de-force of metalcore fury that is equal parts aggressive and emotive. Angular riffs weave in and out of each other building to explosive crescendos supported by a brutally heavy grooves. Powerhouse vocals courtesy of the bands dual frontmen juxtapose soaring melodies against anguished and guttural screams, delivering lyrics with chilling effect. The band doesn’t shy away from unknown territory – incorporating previously unexplored electronic elements and influences pulled from a gamut of genres that speak to the maturity of their songwriting ability. Focus track “Lost” is a ferocious statement piece on an album full of explosive moments, fans will undoubtably find themselves connecting with each song in new ways with every spin of the record. You can stream The Collapse here. 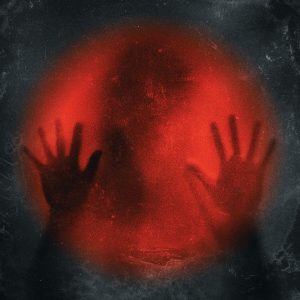 The band has this to say about their latest album:

“The Collapse is our 5th LP and was written in two parts, pre-pandemic and during the pandemic. The album covers topics of anxiety, depression, addiction, loss and hope. We wrote this album in one of the most confusing times we’ve ever experienced, but we believe that the best art comes from times of struggle and this collection of songs proves that. You can expect aggressive in your face breakdowns, soaring choruses, and lyrics straight from the heart. We want people to walk away from listening to this album a little shaken up, but ultimately left with a sense of hope that they’re not alone in their struggle.“

The band spent the early part of 2022 reintroducing audiences across the country to their massive sound as part of The Velocity Records Tour alongside labelmates Scary Kids Scaring Kids, D.R.U.G.S., Dead American and Glasslands. They plan to spend the remainder of this year touring in support of their new album and beginning work on their next studio offering.

Since their formation over a decade ago, California-based metalcore band SECRETS has been a giant within and beyond their genre. Relentless stalwart drive and progressive creativity have solidified the band’s place in their scene’s development and impact on the masses. After being signed to Velocity Records in 2011, SECRETS released their debut full-length album, The Ascent in January 2012. The record debuted at No. 3 on the Billboard Heatseekers Chart and became the first incarnation of a Velocity Records release to appear on the Billboard Top 200, debuting at No.185.

Aggressive worldwide touring and line-up changes helped refine the band and their music, leading to their second album, Fragile Figures, in 2013. The album was a success, selling over 10,000 copies in the first month and charting at No. 59 on the Billboard 200 charts. Secrets released their 3rd studio album, Everything That Got Us Here, in January 2015, seeing the album hit number 11 on the Hard Rock Albums charts and number 20 on the Independent Albums charts. Following yet another success with their 4th studio album Secrets, the band continued to create, perform, and push the boundaries of their music and the metalcore genre as a whole.

Citizen: Interview at The High and Low Festival 2017