The Melodic Rock Reveries of Dreamtide 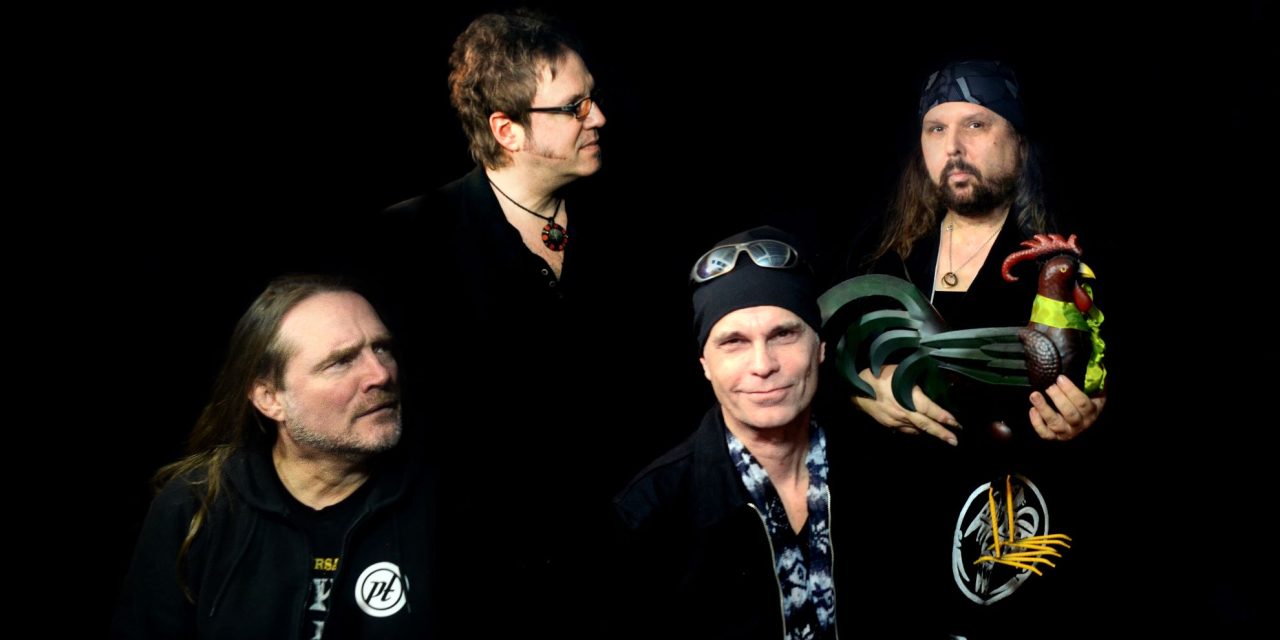 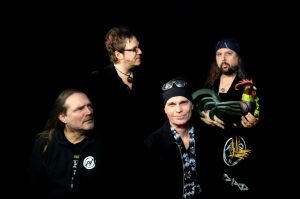 The Melodic Rock Reveries of Dreamtide

Dreamtide is a German band formed in Hannover in 2000 by long time Fair Warning guitarist and songwriter Helge Engelke.   Their latest album Drama Dream Dust has been just released by Pride & Joy Music, and the recording presents Dreamtide in their finest hour.  Drama Dream Dust is destined to enrapture melodic rock fans all over the world with strand-out selections such as Stop Being Deep, Spin, and Around.   Highwire Daze recently had the opportunity to interview founding member Helge Engelke to find out more about the Drama Dust Dream magnum opus, what he really thinks about Fair Warning’s iconic debut album, his ongoing connection with the band Victory, and more!

Is there any overall story or concept behind the album title Drama Dust Dream?
No there ain’t. I’m not really good at explaining that, but there comes a time when you have an album and there comes a time when you need a title. And then you start making up this – and it was like a nonsense selection of words. But I always came back to that – and every time I came back to that, I thought “Oh, today it could mean this.” And the next time I saw that, I thought “It could have a different meaning.” And then I liked that I couldn’t make up a meaning for this title immediately. Right now, I could say it’s Drama Dust Dream – and if you turn that around – if it would be Dream Dust Drama – then it’s like hmm, the dream is covered is dust and will turn into a drama. But the other way around, it might solve drama – whatever! And on the other hand, it depends on the connotation. Words have more than one meaning. Drama – you could connect that to the drama queen or the daily drama – I’m having enough of drama. Drama comes from dramatic and it’s like highly emotional. So, everything is in there, but then what I liked about it was that it could have meaning and it could have different meanings. So, there you go…

Or it could have no meaning at all, so there you go…
No, no meaning at all – it’s not possible – the words do have meaning. Every single three of the words have a meaning. And it might have a different meaning or different impact on each and everyone. But no meaning? Quite impossible! And on the other hand, if you insist on connecting it to the music, it’s like the title is reflecting what the music should do. And it’s not a one-dimensional thing. You should discover something new each and every time you hear it. And that’s a bit in the title as well. The first title on the album is Stopping Deep, so that connects somehow…

Which leads to my very next question. What is meant by the title Stopping Deep?
The blatant and the first meaning is that music can just be powerful, and music can just be fun – and you don’t need to have deep meanings behind it – just having fun. It could be. On the other hand, if you think about Stopping Deep – isn’t that deep in itself? Again, I like that it’s twisted – and you can twist it in either direction.

And then you have a video for a song called Spin. Tell a bit about that one.
Again, this one has more possibilities to be looked at. You know what – you’re from USA, right? 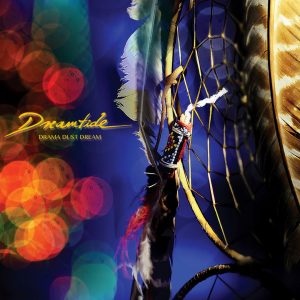 You have a few new members in Dreamtide, and I wanted to talk about one of them – Lars Lehmann. I looked up his credits and he played on the UFO album Seven Deadly as well as has toured with Uli Jon Roth. How did Lars become involved with Dreamtide?
He was around? (Much laughter) He played in a project of a friend of mine. They had a concert and I went there to give support to this friend of mine who played guitar in this band. After that, we never met before – we talked. Two or three years ago – that was the first time I talked to Lars. I was aware of him because I knew that he played with Uli, and I knew that he was from the same city that I am. I followed what he was doing, and I thought this guy is a really good bass player! And we talked and then we didn’t meet from quite some time -we just followed each other on social media and were making fun about each other. He’s doing like session work and he’s doing fun bass lines and I was like, “what are these strange noises he’s doing? Is this bass?” And it was fun. And at a certain point, he said “well you just send over a song, and I’ll play on that.” And I said “Okay good, now you’re arrested! Now you’re shanghaied – now you’re in!”

And it worked out perfectly, because what I didn’t know before working extensively with him is that actually – he is like “the” bass player around – he does a lot of studio work, and he does session work and jazzy thing – but he’s actually a rock guy where he comes from. I never thought of that before, but I think it’s quite important these days. Because you’re getting older and the world around you is getting younger and people come up with different influences. And all of sudden, you realize that people think that jazz is cool – young players. And you’re like “who put that into their head?” And from that, it is quite important when you work with somebody, that at a certain point you see that we are coming from the same planet – and we’re coming somehow from the same background. And that makes working easy. Lars is easy to work with and the same with the singer Olaf Senkbeil – it’s the same story.

We have an anniversary to talk about. 21 years ago, the first Dreamtide album came out. When you look back at that first album, what do you think of it now in retrospect – and the fact that it’s been 21 years?
The first thing that comes to mind is where people say that times flies – it does! Time flies! (Pause) I hadn’t thought about that yet. I hope we have improved. There are some things that I do different these days, and there are some things that I and we do with more confidence than 20 years ago. When you start first making records – and in my case it was 10 years before that and before I worked in the studio. So, you go into the studio and try to learn how things are done. In recording, in arranging, in recording – you learn that – and you get influences from all sides. And it was the same time that I went into the studio and started making records when there was the change from analog to digital. So, the first record I did – not the Dreamtide album but the band before – the first records I did with those bands – they were still on analog tape. And what happened then – the digital era came about – and it was all the things that made life easier.

Now we are going to go back 30 years ago when the debut album arrived from Fair Warning. When you look back on the first Fair Warning album and the fact that it’s been 30 years, what are your thoughts on it now?
Well, I never liked that album. (Laughs) I never liked it! That was the first Fair Warning album, and to be fair, it gave us an entry. We stepped into the door with that one. It was quite successful, and people still seem to like it today. There were some good songs on there – no doubt about that. But I don’t like the sound and I don’t like the production of that album. No, I never liked it and it has never changed in 30 years. I’m not questioning the quality of the songs, but the production. Immediately after that album we recorded the Live album. It was only released in Japan – it’s called Live In Japan – very original title I know. (Much laughter). But it was called Live In Japan, and it basically has all of the songs on the first album. I almost prefer that to the studio album. It’s not on Spotify – it’s not on eMusic – it’s only been so far released in Japan. And I’m not alone – I think the majority in the band will think this live recording is better – or more likable. Let me try and find it online.

Also 30 years ago you worked on the Victory album You Bought It, You Name It. What was it like working with Herman Frank?
Hahaha – I’ve been working with them ever since! Look, Victory is a band from Hannover – the bass player Peter Knorn is still the manager today of Dreamtide. Herman still calls me today sometimes and say “my fucking computer doesn’t work, can you come in and do recording choirs” or whatever. So, on and off – not constantly – we keep in contact. I like Herman – even though he only calls when he wants something. (Laughter). But he has a record and it’s called Loyal To None, so nobody should be surprised! (Laughs). But he’s fun – actually he is fun.

Is there any chance of a new Fair Warning album or are you done with Fair Warning?
That’s two questions. The first question – not that I kn0w. And the second question – if I answer that honestly, I would have to say no. I could elaborate on that but that wouldn’t change the outcome. There is nothing planned for which I know. I don’t know if it could ever happen. But at the moment, it doesn’t feel like it – and it doesn’t look like it at all. And regarding the live album (found info on it online), that was released on DVD as well, and it was released in Europe as well. So now you know. And I think I prefer that one to the studio recording, but I think I’m getting to repeat myself a bit. (Laughs)

And now back to Dreamtide. Would you like to tour in support of Drama Dust Dream?
We all would love to, but at the moment, the concert scene is still suffering from the Covid. Nobody knows what this autumn will bring – and the list of bands who already sold tickets and couldn’t play over the last two years – if you look at this realistically, that list, at least in Europe, is so long, that it’s more likely we’ll focus on the festivals of next year in the summer and the spring. But I don’t see that in autumn, because cases are going up again with the new variant – and nobody knows what that will bring for the autumn. And it’s already started in summer here. The biggest rock and roll band in the world had to cancel their concert in Amsterdam because Mick was infected.

What’s up next for Dreamtide?
That depends. Either our next record or touring. It depends on how the situation is next year, because planning concerts now – it’s simply not realistic. We come out in Europe and most parts of the world in July with a record and it’s much too late to plan a tour – on top of the situation that nobody knows if concerts will happen in autumn. So, until then, we will keep writing songs, and we will see then if we will tour or record.

So, in the meantime, people should buy the new Dreamtide album!
Yes! Twice! But it three times! As many times as you want… 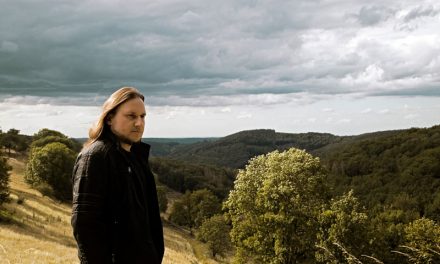