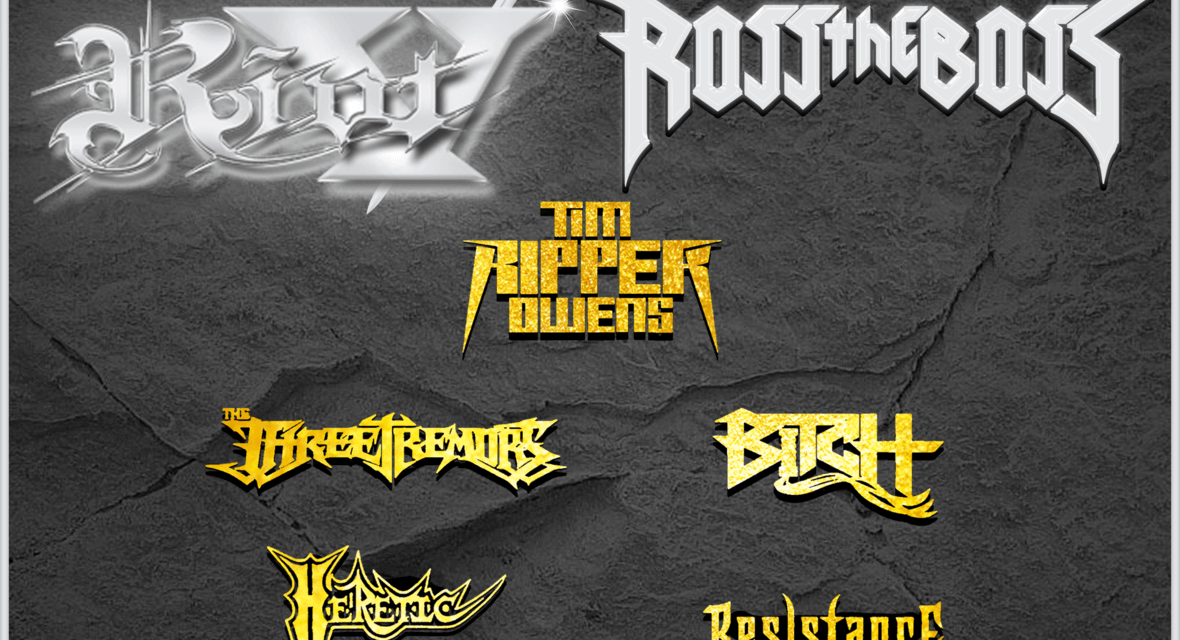 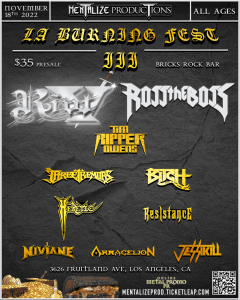 LA BURNING FEST III have announced the full line-up for the festival’s upcoming edition, which is scheduled to take place on Friday, November 18, 2022 at Brick’s Rock Bar* in Los Angeles, California.

We are humbled to host so many great bands at our 3rd installment of Los Angeles Burning Fest.

With such power crushing bands like Riot V, Ross The Boss, Tim “Ripper” Owens, The Three Tremors, the first lady of American heavy metal Bitch, Heretic & so many other killer bands, this will be the underground old school metal event of the year in Los Angeles.

Condolences to Millie, family & friends. The ‘Metal Warriors’ piercing voice now sings above with the rest of the greats, R.I.P.

We shall toast in his honor with brothers & sisters in the name of all that is metal, the flame never dies, this is LA Burning Fest. 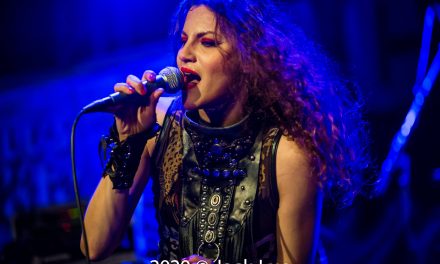 SWMRS from The Novo – Live Photos