Spreading The Plague with RAGE 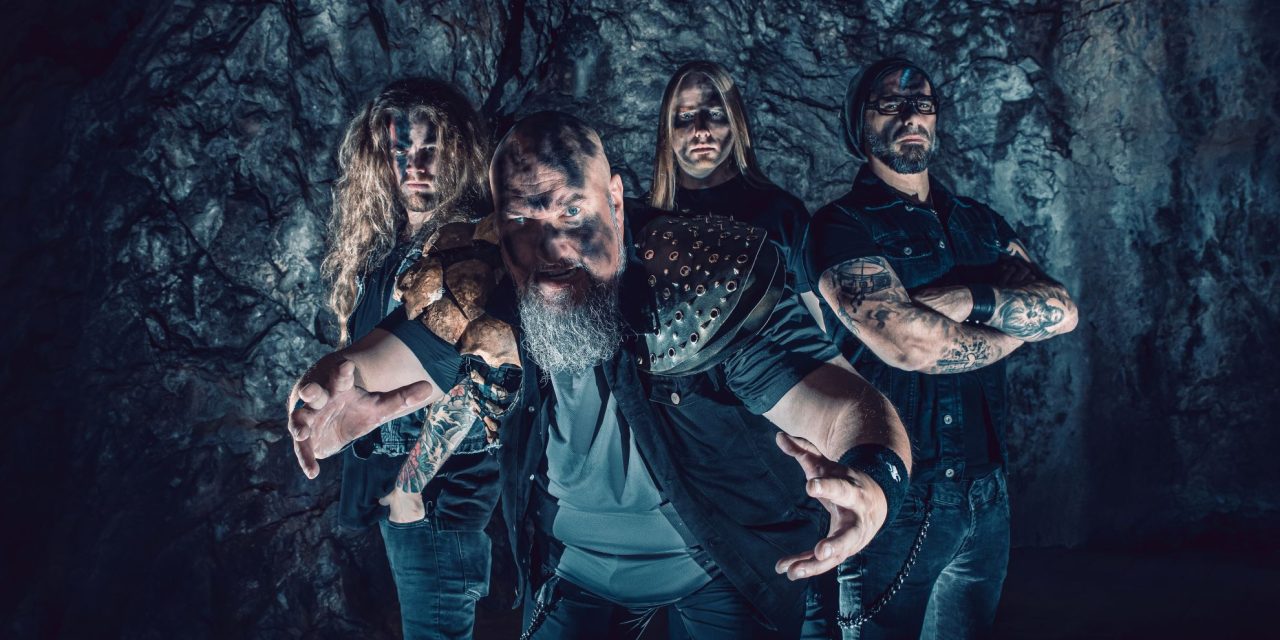 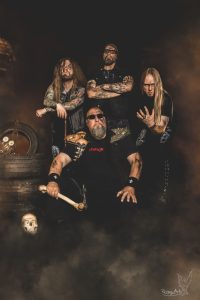 Spreading The Plague with RAGE

As the almighty RAGE prepares for their upcoming 40th Anniversary, the German based heavy metal collective remains busier than ever.  Their latest Spreading The Plague EP (SPV Records) has been charting worldwide and the band is about to hit the road on the BrainRage Tour with their friends in the one and only Brainstorm!  Prior to their tour, RAGE founding member Peavy Wagner spoke with Highwire Daze to discuss the super intense tracks found within Spreading The Plague, their desire to perform in the States soon, a travel through time to discuss a few of their classic albums, and other topics of intrigue.  Read on…

Is there any overall story or concept behind the Spreading The Plague title? And why an EP this time around?
When we were about to record the last album Resurrection Day, we already had way more material than we actually needed for the album. So, when we mentioned this with our record company SPV, they suggested to keep some of the tracks for an EP that they could bring out a year later. And we found the idea nice so we could have something to remind the fans about Rage because there was no album planned for this year. And it’s also a little teaser we have for the upcoming European tour we’re doing at the end of next month. So, we sorted out three songs from the material we had and recorded them in the same sessions we did with the other material. And that was the story behind it.

Let’s talk about a few of these new songs. To Live And To Die – give me a little background on that song.
The lyrics were inspired by the sudden death of a friend of mine that had cancer. Went to a doctor – we had no contact for a month or so. When I called next time, her partner said, “Well, she just died. We found out two weeks ago and took another two days – and then she was gone.” I was a bit shocked – and this inspired me for these lyrics. It was a shock especially when you weren’t expecting it.

Let’s go on to the next song Spreading The Plague. Of course, I immediately thought about the pandemic. What was your idea behind the song?
No, it’s not the pandemic. Actually, the plague I talk about is humankind. Humankind is like a plague for the planet. They are ruining everything. Wherever human beings put their foot on, everything is ruined and destroyed. And The King Has Lost His Crown is about corrupt politicians.

And that was my next question too! So, let’s move on to the next song – A New Land Acoustic. That turned out really well! Would you like to do more acoustic songs in the future?
We did acoustic versions of our songs in the past already here and there. It’s not exactly what Rage would be about, but sometimes they just fit in nicely. This version happened coincidentally by a little studio jam. We just put it on tape and later we listened to it and thought it was really nice. It was suggested that we put on the EP because everybody liked it, so that’s how it ended up there. 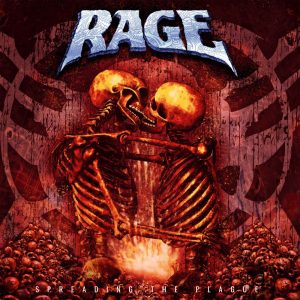 Yes, because you don’t immediately think about a band named Rage breaking it out acoustic.
(Laughs) Yeah, it is a bit weird for the band. Here and there we did it sometimes – mostly for promotional events. When we were on promotion tours, we would be asked to play a few songs on acoustic guitars. So, we got used to it over the years.

The Price Of War 2.0 was first released a few months ago as a digital single and it introduced two new Rage band members Jean Borman and Stefan Weber in the video clip. Tell me about the new band members and how they wound up in Rage.
Both were already in for a couple of years, and we had been friends already before I asked them to join the band. They both live in my area here so it’s not too far to go. If you want to meet it’s a 10-minute ride. When Marcos Rodríguez had left the band in 2020, I just thought of those two guys because I knew they were good players. And as we were friends already, it just seemed natural to add them in the band. It’s already two years that they’ve been in the band – we already wrote one album, recorded it – and at the moment we’re already working on material for a future album. I think they fit in pretty good, and we work together really well. I think the output is good. Also, when you see it live – over the summer months we started again playing festivals – and the stage act is really great with those guys. I like it anyway with two guitarists, and they do it really well – it looks good – it sounds good. It was a good idea, I think.

Straight To Hell was a live stream that took place in July of 2020 during the pandemic. What was it like doing a live stream in the middle of a pandemic?
It was new and a bit weird – you play without any audience and there’s no reactions coming to you. But it seemed at this point the only way to get in touch with your fans to send a sign of life – because everything else was completely forbidden. So, when the Wacken people did this worldwide streaming festival that summer and when they asked us to join in, we just did it. And it was kind of funny to play in an old cave. It was the first time we had played in a cave. They asked us if we had some special place to play – something that’s a bit weird that would not be a typical place for bands to be playing. So, we had that idea. It was good and this cave was already prepared. They made the floor a little bit even, so it was okay to put the equipment in there.

Now Rage and Brainstorm. That is a tour package many people wish would come here to the States to play. What are you looking forward to the most about the upcoming tour with Brainstorm?
Brainstorm are friends since years with me – especially Andy is a friend of mine. Many years we’ve been talking about doing a tour together. And for many years it didn’t happen because both bands didn’t have a new release – it was always difficult to get the right timing. But we planned this one, and we really hope it goes down well. The situation is still not 100 percent over here in Europe, but we’re very optimistic for this event.

Has Rage ever played here in the States?
We played a few times on the Prog Power in Atlanta and we played a couple of times on the 70,000 Tons Cruise in the Caribbean. But we never really did a real tour of the States. But I can promise we’re working on this really hard. As you’ve heard, there’s this terrible war that Russia has started over in Europe with the Ukraine. All the years, Russia and Ukraine were an important market for Rage and for other bands over here – which is now definitely gone. I don’t think we’ll be able to ever play over there again for obvious reasons. So, we definitely have to explore new markets for the band, so this is where we think about getting the foot into the American door. It’s not easy – it’s a super huge market and you need good business contacts, and you need a good agency over there. Just in this week, our manager is over there, and they are getting connections with other agencies – so we’ll try to make it happen that we can come over and tour over there. We have to come over. It’s absolutely mandatory for our future. We won’t stop working on it. 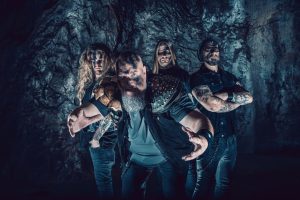 How close is Rage to writing and recording all new material for a full-length album?
We are preparing for an album that’s planned to be out in 2024, which is the official 40th Anniversary of Rage. It’s supposed to be a double album also coming out with a book about the band history. We are already pretty far – we’ve written more than 20 songs and we are in the pre-production phase already – so it looks pretty good that we’re going to make it.

Let’s go back time and rediscover some of the older Rage albums. 20 years ago, Rage released an album called Unity. When you look back on the album and time in Rage, what do you think of it now in retrospect?
It’s one of the highlights I think of the Rage catalog. I still like it very much. We’re still playing the songs in our live set. What more can say – it’s one of the highlights. Same goes for me for the album after that Soundchaser – both for me are like brothers.

30 years ago, we had Trapped! being released to the world. What do you think about that album today?
Trapped! and The Missing Link – for the 90’s, they are pretty much what Unity and Soundchaser were for the 2000’s. They were the best albums we did with that lineup back then- Manni, me and Chris – and there’s going to be re-releases coming next year, and we also plan to do some shows with this old lineup to celebrate the 30th anniversary of those albums.

What goes through you mind knowing that you’ve been in Rage – or in anything – for nearly 40 years now?
It’s very nice. I’m very proud that I’ve managed to do this for basically my whole life. I was 19 or so when I recorded the first album with the band. I was a teenager, and I did this my whole life and I’m still here doing it – which for music and show business is a very long time – especially since we’re not superstars like Metallica and so. I’m very grateful to the true fans worldwide that make this possible for me. 40 years would be impossible without all the fans that have supported the band for so long.

Do you have any messages for your fans as we conclude this interview?
Thank you for all the support for everybody that already recognized the band. And for those who don’t know us, check out our new EP Spreading The Plague and our latest album Resurrection Day – you might be pleased and surprised.

Battle Beast at The Grove of Anaheim – Live Photos 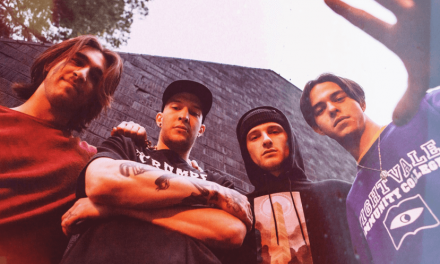 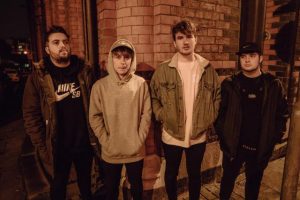