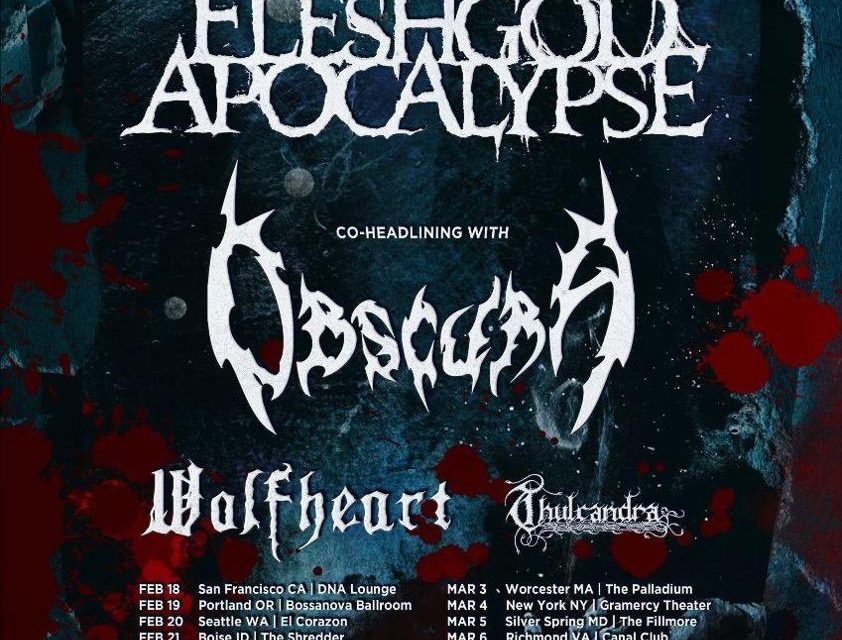 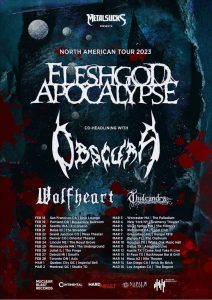 The tour kicks off on February 18 in San Francisco, CA and will visit a slew of major cities in both the USA and Canada, coming to an end on March 16 in Los Angeles, CA.

Tickets are on sale now – see below for all tour dates and check local venue listings for tickets and more information!

“We are absolutely thrilled about the fact that WOLFHEART is finally coming back to North America and the company could not be better supporting the mighty Fleshgod Apocalypse and Obscura with our label mates THULCANDRA. Counting the days already to be on the road with this diamond package.”

Steffen Kummerer of THULCANDRA, who will be pulling double duty on this tour with Obscura, adds:

“In February and March, we embark on our first North American tour supporting Fleshgod Apocalypse, Obscura and WOLFHEART. This nationwide tour will be the first shows in the United States and Canada for THULCANDRA. Pick up your tickets and don’t miss out on the tour of the year!“ 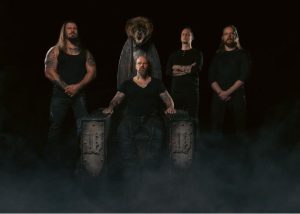 Melodic death metal powerhouse WOLFHEART released their latest full-length studio album, ‘King of the North‘, in September 2022. Each song on ‘King of the North‘ is dedicated to a different story of Finnish mythology – underlined by WOLFHEART’s grand, crushing songwriting and production.

“The King”, for instance, tells the tale of the forest god with horns and pianos accompanying heavy guitar riffs and solos, before raising the energy levels once more on the relentless “Cold Flame” featuring Karl Sanders.

‘King of the North‘ is a true masterpiece of melodic death metal, crafted with loads of attention to detail and intricate mythology-driven storytelling – showcasing WOLFHEART at never-before-heard artistic levels! 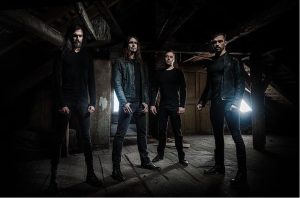 Since originating with Obscura mastermind Steffen Kummerer in 2003, the band has become an indispensable protagonist in the European extreme metal-sphere that reaches way back to the magnificent origins of their genres. ‘A Dying Wish‘ was produced at Unisound Studio by Dan Swanö, keeping the black flame of Jon Nödtveidt alive and worthy. 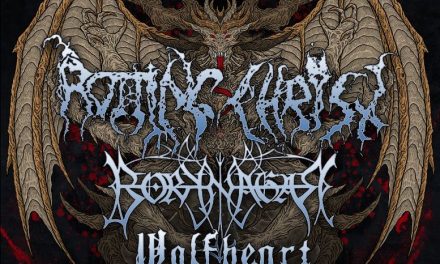 DEVASTATION ON THE NATION TOUR Announce Rescheduled Tour Dates for 2021! 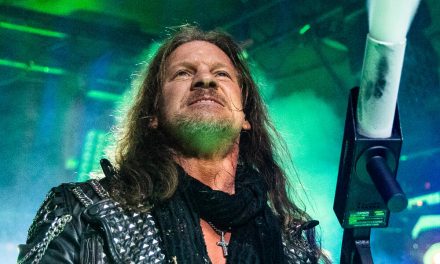 Fozzy at The Whisky – Live Photos