Fozzy at The Whisky

Not only did the one and only Chris Jericho bring his almighty Fozzy to the world famous Whisky A Go Go on the Sunset Strip, but he delivered a wickedly kickass collection of support acts as well. Reveling in the release of the critically acclaimed Judas magnum opus of last year, Fozzy was more than ready to enrapture the sold out Whisky crowd with a vibrantly energetic show that has made the band such a world renowned live act.

First up on the touring package was Dark Sky Choir, who thoroughly impressed the early arrivals with their own intensive brand of Priest/Dio style metal. Next up with the vastly underrated Santa Cruz, a rock and roll extravaganza who very well should have been headlining their own shows here on the Sunset Strip. There is a certain irony to hearing their song (We’re Going Down Like) River Phoenix being played right across the street for the notorious Viper Room. Then playing directly before the headlining Fozzy was Through Fire, unleashing selections from their recent Breathe effort on Sumerian Records. Through Fire is another standout band whose wondrously memorable songs and rollicking live show will find them sweeping into their own top-line packed venues in no time at all.

With three fantastic openers warming up the audience in a vast and epic way, it was now time for the main event! The chants of “Fozzy, Fozzy, Fozzy,” enveloped the hallowed walls of the Whisky, and Chris Jericho and company were more than ready to blow the roof off the iconic venue.  And what an opener Fozzy delivered upon the frenzied crowd, slamming with the remarkable one-two punch of diabolic hard rock religion entitled Judas and Drinkin’ With Jesus! The first two tracks from Judas certainly had the crowd riled up and singing along, and it certainly helps when your current album is a rock solid adventure in sound! A glorious amount of songs from Judas were issued upon the Whisky congregation, as well as a hard hitting variety of Fozzy favorites such as One Crazed Anarchist, Do You Want To Start A War, and Lights Go Out. Also inventive in the cover department, Fozzy unveiled a rip roaring cover of the Abba classic SOS.

First and foremost, Chris Jericho is the rock and roll front man for the ages. Even if he did not possess his professional wrestling credentials, Jericho would still be a rock star with a massive amount of talent and charisma to spare. Jericho certainly knows how to work a crowd, giving high fives and making sure each and every attendee was enjoying the rock and rage party! Jericho has surrounded himself with a wall of supremely impressive musicians, including Rich Ward on lead guitar and backing vocals, Billy Grey on rhythm guitar and backing vocals, Paul Di Leo on bass and backing vocals, and Frank Fontsere on drums!

And while Fozzy really never left the stage at the conclusion of Bad Tattoo, the audience cheered on loud and long for an encore – and the band treated everyone to a scorching rendition of their mega-hit single Sandpaper. An infinitely exhilarating night on the Sunset Strip courtesy of Chris Jericho and Fozzy! Those lucky enough to capture this set within the walls of the intimate Whisky A Go Go will have glorious rock and roll memories that will surely last a lifetime! 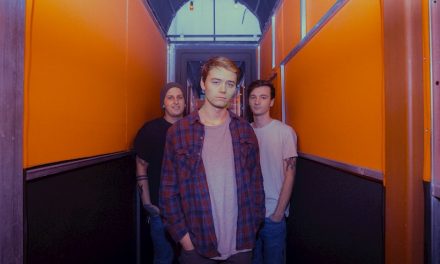 Better Health and Spiraling Indie Rock with The Weekend Classic 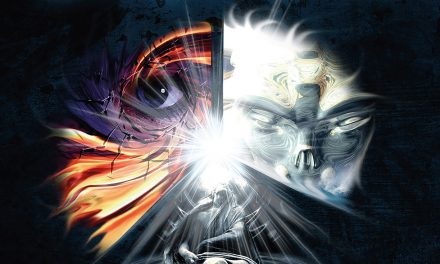