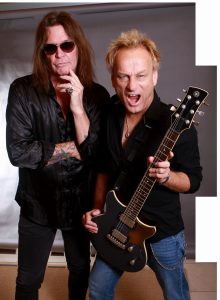 David Reece has a list of credits as massive as his thoroughly impassioned vocals.  He’s been within the membership of legendary bands such as Accept and Bonfire as well as made a name for himself with the epically underrated Bangalore Choir.   His solo input has been especially dynamic, and with the recent unveiling of his latest endeavor Cacophony Of Souls, David Reece finds himself at the very height of his creative energies.  Partnering up with Andy Susemihl of U.D.O. and Sinner for this new album, David Reece has clearly written the next compelling chapter of an already vast and brilliant career.  Highwire Daze spoke with David Reece discuss the mighty Cacophony Of Souls (available worldwide via El Puerto Records) and other topics of intrigue.  Read on..

How did your teaming up with Andy Susemihl of U.D.O. and Sinner come about for this new album? This isn’t the first time you both have worked together.
Hi, great talking with you and a pleasure to share the latest in my world with you and your readers. I was doing the Steel Factory tour as special guest opening for UDO in Europe and Scandinavia in support of my previous solo album Resilient Heart, and one night in Stuttgart I had invited Andy to come see us live as of course he’s sort of from the area and I’d not seen him for a few years – also he’d done Mean Machine with UDO and was also there as a guest that night. Anyway that venue had a catering area sort of where you could watch the stage show from above so I saw Andy exchanged pleasantries and noticed he didn’t seem very happy. I asked what’s wrong and he replied I should be up there with you and I kind of smiled and thought yeah I miss you too. Anyway during that tour the two guitarists weren’t really working out for a number of reasons and I felt something extra was missing – meaning that guitar punch to go along with my style of singing and fronting the stage. Don’t get me wrong – I’m damn proud of Resilient Heart and those guys wrote some great songs with me but something wasn’t right. So we actually all stayed at Andy’s that night due to the cliche opening act budget and needing a warm place to sleep and the following morning we had breakfast and he was chatting and said you know you never know when that call will come. So those two guitar players actually quit the band right after that tour, so I called Andy (that call came) and we proceeded to finish the rest of my shows I had booked and I’ve never looked back since.

Is there any overall story or concept behind the Cacophony Of Souls album title?
Music is about sounds, taste, that all somehow falls together. It’s beautiful, angry, loud and ruthless, so I sort was thinking about it in those terms and I feel all of that’s been revealed in the album.

Select two songs from Cacophony Of Souls and what inspired the lyrics.
Judgement Day is about you reap what you sow and I’m of firm belief in this. It’s what we all kind of say is our Holy Diver on the album.

Blood On Our Hands is also about my belief that each and every one of us has some sort of skeletal closet of sin and guilt. Nobody’s perfect. 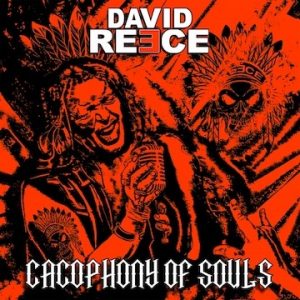 Who did the cover art for Cacophony Of Souls and how much input did you have on it?
I work with a group of people out of Hamburg two brothers Martin and Randashi and a woman named Angela. Martin’s been a great help with day to day things such as providing rehearsal space and equipment along with a great friendship. His brother Randashi has done lots of video work for me like Live Before You Die, Desire and our new video Metal Voice. Incidentally he added a rhytym guitar track to that song also. He also did the album cover, I had a stupid concept which nobody in the band liked and one day in a sort band meeting about it, our drummer pulled out a poster for a Swiss gig of that artwork and said I like this! Turns out Randashi had created it so that’s the story. Angela is my merchandise person she’s always been of great support to me and knowing all of them has improved my life. I’ve got a few others in my world I hold dear like them and if their reading this you know who you are.

I believe you currently reside in Italy. How are you holding up and what has it been like to have an important solo album released right in the middle of a pandemic?
Yes, I live in the Lombardy area which was the first region to go into self imposed quarantine. It started out slow but in only a few days spread into a full country disaster! We’d planned our release parties in Germany the 13 and 14 of March and literally learned a week prior we couldn’t travel so at first I was very upset until I learned of the gravity of this illness, so soon accepted it. It’s not really affected record sales thankfully because we began a presale campaign with my label El Puerto about 1 month before. It still continues to sell either through streaming or physical and I’m so very grateful to everyone who’s supporting this great album.

The first time I interviewed you was for Bangalore Choir. When you look back on that first album On Target, what do you think of it now?
I look back with pride, imagine being sacked from Accept and everyone shit talking you – and in the matter of one year I was able to fight through adversity and somehow release such a great record? Its being reissued on vinyl this year and nearly everyday someone posts their love for the album, so I’m very proud of it.

How do you think Eat The Heat holds up in the Accept catalog and do you still keep in touch with any of the members?
I’ve spoken to Peter’s wife a few times over the years. We were always friends and I was invited by their label to a show in Milan, and I watched. Peter and I made eye contact but no we don’t speak. Silly really as that’s a great album – so what it didn’t work out? Lots of water has since flowed under the bridge for me. 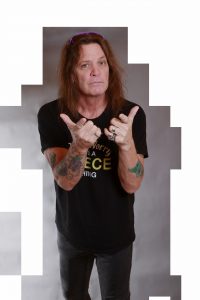 You were in Bonfire for a few years and recorded on two of their albums. What was the experience like being in a band that already had quite a back catalog of material?
I don’t have fond memories of working with them. It’s sort of like trying to replace UDO. Claus is the voice of Bonfire. That’s all I have to say about it.

Are you still working with Sainted Sinners and what’s up next for that band?
No I’m not. Pane’has expressed interest in doing another album and I own half the name so if he continues with another singer we’ve got details to hammer out.

When things finally calm down in the world, do you plan to tour or do any shows with Andy and your current solo band?
Yes, we’ve got dates booked as for now in May and June which I hope go on and in September. Doing albums without touring is futile in my opinion because live music truly represents the records you do. So I’m optimistic that after this tragedy subsides we’ll get back out there. I’ve got many artists friends chomping at the bit to play live also.

Do you have any messages for longtime David Reece fans who are reading this now?
I pray first for all of your health and that your jobs and everything are intact. I also as mentioned earlier can’t thank everyone enough who’ve supported me on this record it’s been truly humbling.

Thank you for taking the time to answer these questions. Congrats on the amazing new album and be safe in these crazy times we are now living in.
And you as well also again thank you for your kind words and I wish you all well…

Out Of The Gray with Modern Mimes 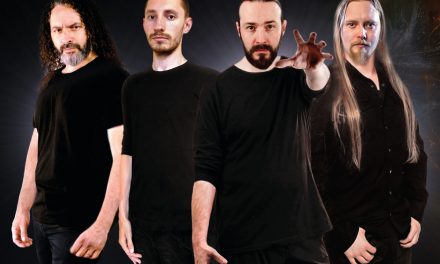 Ark Ascent and The Downfall Manifesto