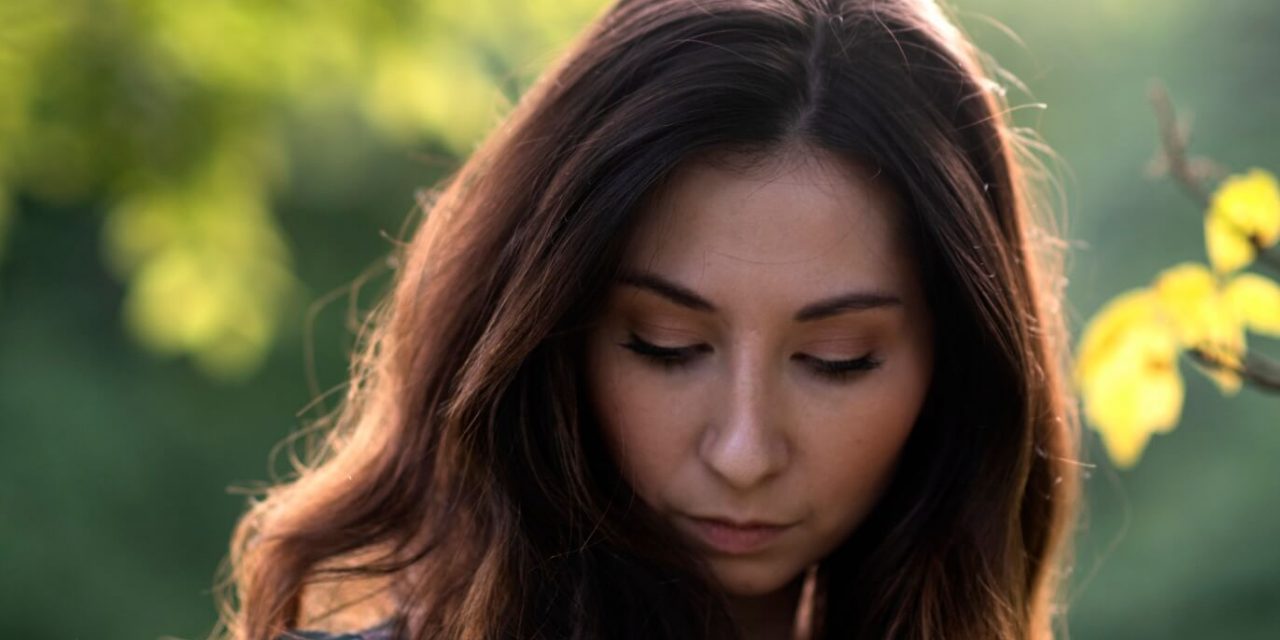 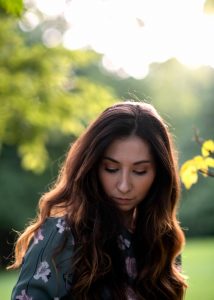 Jess Jocoy is a singer/songwriter based out of the legendary Nashville music scene who is more than ready to take her songs of hope and introspection on the road.  Such A Long Way is the latest endeavor from Jess Jocoy, an exhilarating collection of timeless songs.  And what amazing fellow travelers Ms. Jocoy has encountered on this journey, including Such A Long Way’s co-producer Michael Rinne, who currently plays bass for  Miranda Lambert – as well as the one and only Chase Rice who she recently opened for.  Highwire Daze recently interviewed Jess Jocoy to find out more about Such A Long Way and the existential highways traversed through what is turning out to be a vibrant career in music.  Read on…

What was the name of the very first song you ever wrote, how old were you at the time, and what was the song about?
Taking it back … The first song I ever wrote was a simple little spiritual song called “God is Here,” and I was about thirteen. It was about hope and seeking guidance in times of troubles. It was kind of a pivotal moment: I’d woken up in the middle of the night and had this chorus in my head, so I wrote that and ended up chasing down the rest of the song the next morning.

Now on to modern day – where are you based out of and what is your local music scene like there?
I’m based in Music City USA – Nashville, TN. To sum up the music scene here in one word: eclectic. Which, I was actually surprised about. I moved here with the stereotypical notion it would be a certain style of country music, but when I got here in 2014, the musical landscape – especially country – was changing, going in a more pop direction. But it was a happy surprise, because like I said, it’s eclectic and there’s space for everyone here.

Is there any overall story or concept behind the CD title Such A Long Way?
The idea for this album ended up forming around what turned out to be the closing/title track Hope (Such A Long Way).  I’d written the song, knowing I’d wanted to make a record, but at that time it was just an ambition rather than an actualization. I was really starting to question my place in life, my place in Nashville, and wondering how to take that next step towards building a career in music. Then, it occurred to me to stop and look at where I was then versus where I was two years prior. Two years ago, I was singing in a bowling alley just outside of town, if I was playing out at all. Since then, so many amazing things have happened. That’s what this record is about: having the gumption to stop and take stock of where you’re sitting in life, compared to where you’ve been, looking ahead to where you want to be. It’s about realizing that you’ve come such a long way, but there’s still such a long way to go. But, don’t let it intimidate you – get excited and be hopeful for the days to come. 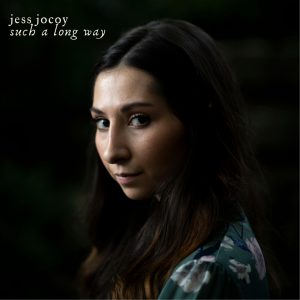 Select two songs from Such A Long Way and what inspired the lyrics.
Numb – Numb started out with the intention of being a political rant – my Dylan song. But, I quickly realized I’m not well-versed enough in politics to have a formidable opinion about anything. It came after flipping through the news stations – those political talk shows – where all they do is talk, and yell, and talk over each other, and yell some more. It’s kind of exhausting, and after all was said and done, all I felt was numb. So, as I’m finding a lot of my songs do, the song took the shape of a relationship. I’m sure I’ve got a political song in me somewhere for later down the road.

Castles Made of Sand – Castles Made of Sand was a challenge to myself to write from the opposite gender’s point of view. It’s about a rocky relationship between a father and a son, which while I’ve not experienced, I’ve witnessed with my own family. I could be wrong, but I feel like it’s not all that common for women to sing from the male’s perspective, so there was that, but I also wanted a story where the son (who serves as the narrator of the story) is not necessarily in the right, or the protagonist. It’s all about repressed feelings and how the past has a way – good, bad, or otherwise – of shaping our futures; and this kid’s belief that he doesn’t want to end up like his father, who really only has good intentions for his son.

Who produced Such A Long Way and what did they contribute to the overall recording?
Such A Long Way was co-produced by Dylan Alldredge and Michael Rinne. Dylan owns the studio Skinny Elephant Recording where we tracked the record in three days back in May. He’s worked with some incredible artists (Joy Williams, The Lone Bellow, Mary Gauthier). Michael Rinne currently plays bass for Miranda Lambert and played bass and percussion on this record. Together, they brought in a dream-band of musicians: Will Kimbrough, Juan Solorzano, Rob Crowell. The talent in that studio was almost overwhelming. My good friend Kristen Large sang backing vocals, and for the three days we spend tracking plus one day of overdubs, I’m unbelievably proud of this record. Together, they breathed life into my little stories.

What could one expect from a live Jess Jocoy show?
I’m of the belief that a live show should be an emotional rollercoaster. It should be worth your time. I want people to leave afterwards going, “Whoa, that song made me feel something,” so I try and keep a balanced pace of fast and slow songs, though I’m definitely more drawn to the ballads. I also really put a lot of focus on the lyrical aspect of my songwriting – I’m always trying to tell a better story. If I can get folks to put down their phones for three or four minutes and just listen, that to me is a show well played. 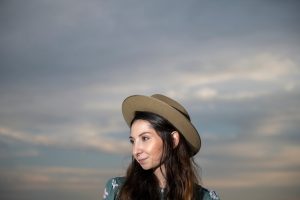 What was the experience like opening for Chase Rice and did you get to meet or hang out with him at all?
Winning the Uber Music Movers competition was a really cool experience as a whole. There were three of us who got to meet Chase, and he was kind enough to take time for a little Q&A before the show started. He was so down to earth, and it was great seeing him perform to a sold-out venue in the middle of CMA Fest.

If you could open for any band or artist either now or from the past, who would it be and why?
This is a tough question because there are so many answers that I have to prioritize… I would love to open for Brandi Carlile. I absolutely love what she’s doing for female artists. She is so well-deserving of the spotlight with her incredible talents, but with her recognition, she chooses to uplift other artists as well, new or established, and that, to me, speaks volumes. I would also love to open for Jason Isbell. I’m a huge fan (like, a huge fan). His way of crafting songs – his storytelling – is everything.

Have you ever played out here in the Los Angeles / OC area or plan to do so in the near future?
I have never played a show in Los Angeles, but you bet it’s at the top of my list! I’ve only been to LA twice (once to film Songland and the other for a work trip), but I’d love to go again and play a show. I have my wish-list, but any venue recommendations will not be turned away, ha ha!

How has the Covid-19 pandemic affected your touring plans and the release of the new album? Have you been able to do any shows at all this year, and if so, how did they go?
Unfortunately, like so many others … yes. With Such A Long Way coming out, I’d booked the next few months with week-long regional dates. It was my first time really ever booking a tour. After COVID-19 started, they started to postpone/cancel, so it’s been pretty tough. I’m hopeful they’ll all be re-booked though. And, I was able to play a few shows in Georgia and North Carolina, so I won’t complain all that much.

What’s up next for you?
Right now, I’m focusing on releasing Such A Long Way. A lot of folks are turning to music to get them through isolation, so I’m hoping this record will bring people a silver lining to these strange days. I’m hoping we’ll see the end of this pandemic so I can get back to booking more dates, taking the music to the road. That’s really all I want is to travel and play music, so fingers crossed everything starts to settle down soon. Other than that, I guess all we can do is take it one day at a time.

Any final words of wisdom?
Wisdom passed down to me from my mother: if you don’t believe in you, why should anyone else believe in you? Maybe she’s not the first to say that… but nevertheless. Keep hope. Stay calm. Be well. 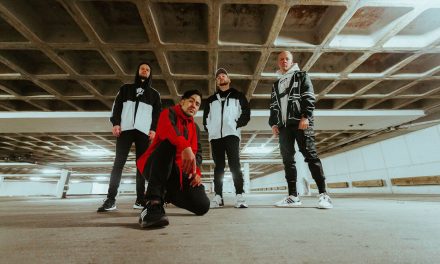 The Further Deathcore Adventures of In Dying Arms 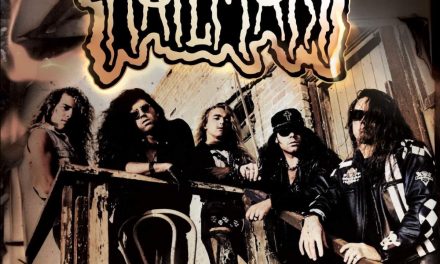